The contours of international commerce have already undergone a profound transformation over the past two decades.


“If the 20th century was defined by a phenomenal rise in the transfer of goods and industrial commodities, the 21st century is being characterized by the rapid digitization of services and the increasing automation of manufacturing,” says Rob Lovelace, Capital Group portfolio manager. 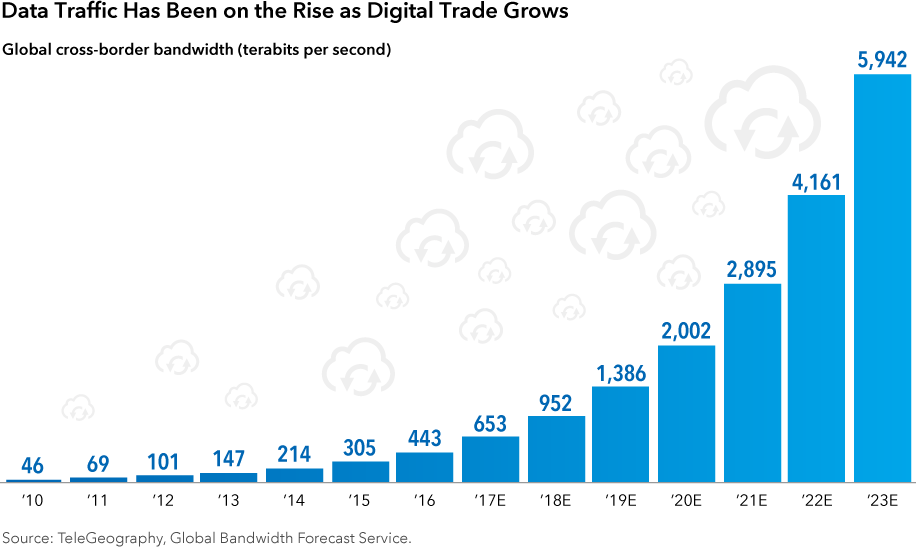 Take Apple as the most obvious example. Motivated by a need to scale and manage supply chain risk rather than cost, Apple is a master of using a large supply chain to its advantage. It sources suppliers that can turn out parts in the most cost-effective way while still adhering to the company’s quality requirements. 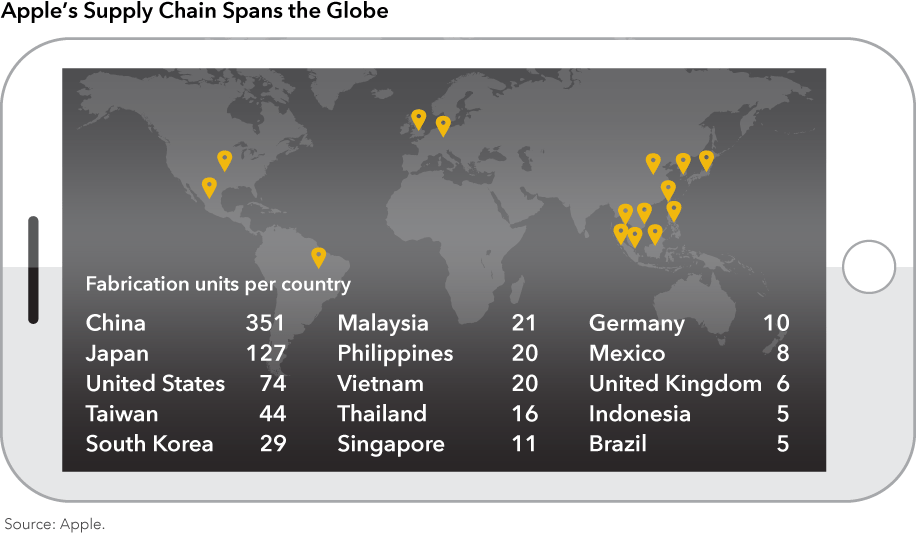 Over the past decade, China has become the largest growth market in the world for industries ranging from robotics and autos to airplanes and smartphones. In 2015, it accounted for 27% of global sales of robotics, 30% of elevators, 32% of autos and 16% of Boeing’s airplanes.

The country’s rise as an economic power will continue to have a profound impact on global trade. China’s relationship with the U.S. is multidimensional, deep and interdependent. The U.S. trade deficit with China was $347 billion in 2016, with exports at $116 billion and imports at $463 billion. A large chunk of the imports are from U.S. manufacturers that have set up assembly lines and factories in China. 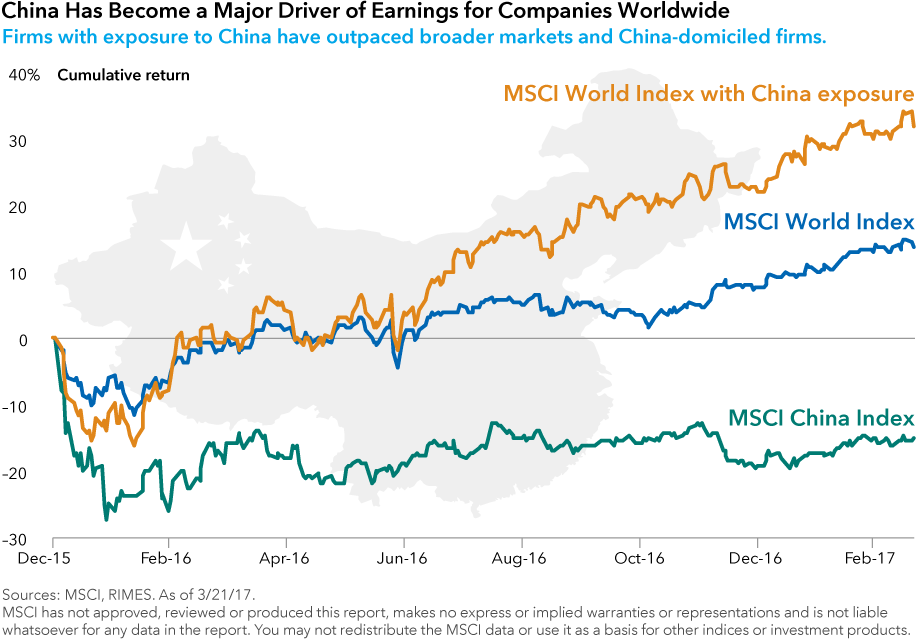 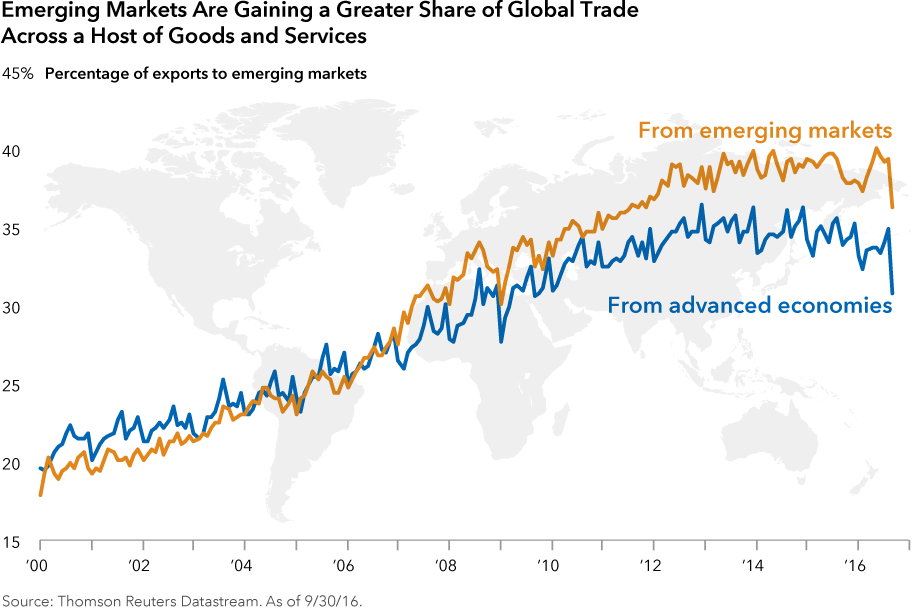 
Rob Lovelace is Vice Chair and President of Capital Group as well as an equity portfolio manager with 36 years of investment experience. He holds a bachelor’s degree in mineral economics from Princeton University. He also holds the Chartered Financial Analyst® designation.