What is the metaverse? An immersive opportunity 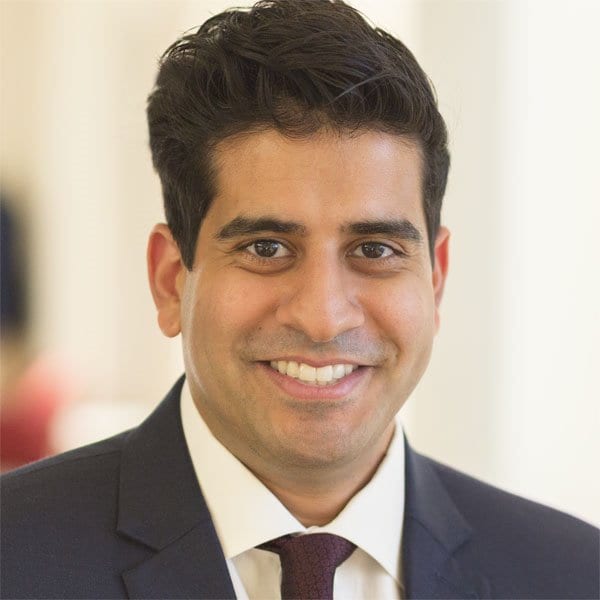 Considering that it remains a somewhat nebulous concept, the “metaverse” has garnered a fair bit of attention lately. Facebook’s big name change to Meta Platforms caused the search term to balloon in popularity, setting off a scramble among websites and magazines to explain — and, frequently, pontificate on — the idea.


The whirlwind has prompted a variety of responses, ranging from enthusiasm to skepticism. I think the metaverse holds a lot of potential, especially beyond the realm of video games for which it’s best known.


The metaverse is often described as a virtual space, but it’s really much more than that. Think of it as the next stage of more-immersive media. By way of comparison, consider how sports broadcasting has evolved: Years ago, newspaper articles provided a recap of a previous day’s game. Radio broadcasts offered a live game in real time. Television further enriched the experience by adding video, letting fans watch the action. With each technological iteration, the viewer inched closer to an in-person experience. The metaverse is the next step in this progression.

Just as there are many ways to catch a baseball game — broadcast to your television or car radio, or streamed to your phone or tablet — the metaverse could offer richer experiences in several ways. Virtual reality headsets already transport users into online spaces, with the technology being honed today. Augmented reality devices are less realized, though they offer the tantalizing possibility of merging online and offline worlds. For example, high-tech glasses might one day overlay street addresses on the buildings you’re looking at or put nametags on your colleagues at a conference.


The metaverse is more than hypothetical and futuristic. In fact, it’s being leveraged today in a variety of industrial and commercial applications. Technical training for a variety of industries is benefiting from more-immersive “hands-on” training. Designers are testing products in physically accurate simulations. Manufacturers are visualizing new factory layouts. Architects are rendering photorealistic mockups of buildings.


Of course, this technology is in its relative infancy. Existing VR and AR technology is clunky and expensive, restricted to niche professional and hobbyist audiences. Networks aren’t robust enough to meet the demands of hundreds of millions of simultaneous VR users. And there’s the possibility the applications being designed today might not ever come to fruition, instead supplanted by tools yet to be imagined.

But even with all those caveats, I think the coming metaverse could revolutionize how consumers, makers and businesses create and interact.


Virtual spaces could profoundly change how businesses and workers collaborate and approach tasks.

One of the exciting aspects of the metaverse is its potential for collaboration. The combination of real-time communication, 3D imagery and accurate physics simulation allows engineers and designers to gather around a virtual workbench no matter where they are in the world. These professional metaverse applications could serve as many as 40 million users and grow into a large and monetizable market ahead of consumer uses.

Moreover, these 3D spaces can serve as testing grounds — they can accurately simulate real-world physics, letting creators gauge digital twins of their creations long before the physical prototype stage. The key is thinking big: Airbus and Boeing have announced investments in metaverse development specifically to test planes during the planning phase.

AR/VR headset shipments are set to nearly double by 2023

It’s also being used to streamline production processes. For example, factory floors are complex places, and physically testing the thousands of viable permutations is impractical. But modern computing horsepower and AI can be used to try out millions of true 3D configurations. The practical upside is significant — given the slim margins of most manufacturers, even a 1% or 2% increase in efficiency can lead to meaningful cost savings. Carmaker BMW has partnered with chipmaker NVIDIA to this end, experimenting with ways to squeeze more out of its machines and assembly lines.

NVIDIA itself has long turned to the metaverse to solve problems. When it designed its new headquarters in Santa Clara, Calif., it began with blueprints sketched in a virtual space. That not only gave designers a photorealistic early look at the final building, it allowed them to model even small details, such as paint color, desk spacing and how light would enter the building at different times. The simulations convinced the designers to rearrange the building’s windows well ahead of the final design.

Consumer applications are exciting, but likely a few years away.


VR headsets and AR glasses are available for purchase today, but I think the technology still has some way to go before it will enjoy broad acceptance. Today, users are generally professionals or hobbyists who use the technology for niche applications.

How will the average consumer leverage VR and AR? I can imagine some uses — virtual front-row concert seats, streaming live performances in real time, with visuals and sound so immersive that you’ll feel like you’re there. AR glasses could provide intuitive directions and information, cleanly adding routes over streets and walkways to unobtrusively guide you to your destination.

To provide such experiences, the devices themselves need to be refined. Current headsets are bulky, get hot and suffer from limited battery life. And designers are still solving the complex problem of fooling the human eye; current iterations aren’t quite believable and often cause motion sickness.

And transmitting virtual spaces to hundreds of millions, if not billions, of users will be very data-intensive. Today, we’ve all been in videoconferences where the video didn’t sync with the audio or simply didn’t work. We’ll need to significantly upgrade our broadband data infrastructure to make the metaverse broadly available.

I believe we can overcome these issues, and companies are tackling them now. Meta Platforms is preparing to spend $31.5 billion on capital expenditures this year, which includes investments for the metaverse. That’s more than the combined capital expenditures of Chevron and Exxon Mobil in 2021. I see opportunity in this expansion. Semiconductors will be instrumental in enabling the metaverse and will be in higher demand than ever for both data centers and new devices. Network demands could fuel broadband expansions and upgrades. All this new hardware will also need new software.

Given the progression of media immersion and the potential that the metaverse has already realized, I’m excited for this new technology. I’m eager to wade into the new worlds it will open up for us.

Mihir is an equity analyst at Capital Group covering U.S. semiconductor and hardware companies. He has eight years of investment industry experience and has been with Capital Group for three years.