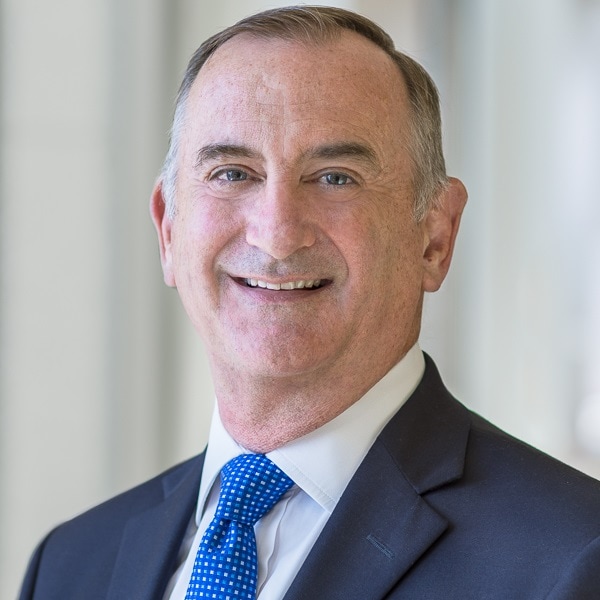 Between the COVID-19 vaccines and the coronavirus relief package, it feels like we’re at an economic crossroads, with growth set to move higher. What’s your sense of the near future?


I would start with the fact that, as with all things, Capital Group has no single view. Still, I would say many of us are aligned with the idea that the economy will do well after the pandemic. My personal view is particularly optimistic. We have never seen anything like this amount of stimulus; the amount of time it took to ramp up balance sheets after the financial crisis of 2008 was a snail’s pace comparatively.

Some of this was really needed to fill the gap from COVID-19-related shutdowns. But it appears we’re getting additional ongoing stimulus as we move out of the shutdowns and into the vaccine-led reopening. My view is that there is tremendous pent-up demand. People haven’t been able to go out to eat, to see movies or to travel. There’s an enormous desire to get out and just do stuff. I think you could see dramatically higher growth rates this year.

Does this unprecedented stimulus pose a risk of runaway inflation?

The dramatic increase in economic activity is going to generate inflationary pressure in both the economy and probably in the housing market. I do think inflation will move higher. But I don’t think there’s a danger of uncontrolled inflation.

The amount of monetary and fiscal stimulus — and the growth in the economy coming out of this — will move inflation somewhat higher. Also, some of the global factors that dampened inflation in the past may have receded a bit.

This isn’t a new worry. There were concerns about runaway inflation following the global financial crisis, but it never materialized. Obviously, there’s more stimulus happening now. But keep in mind that while the Fed has talked for the last 10 years about getting inflation up to its 2% target, it never sustainably reached that level.


One factor limiting inflationary pressure is that there’s probably much more significant underemployment than the general numbers have revealed. From an employment perspective, there may still be a lot of capacity to increase growth without causing significant wage inflation. If inflation were to spike, it’s relatively easy for the Fed to cut that off if necessary. Of course, the need to balance the rise in inflation against the goal of full employment could make this difficult.

How are you positioning portfolios, given all that?

I still see potential value in the market on the yield curve. I think long rates can continue to move higher relative to short rates over the next year or two. If you look back at the yield curve from the early ’90s or after the global financial crisis, you’ll see yield curves as wide as 3 to 4 percentage points between two-year and 30-year bonds. We’re nowhere near that yet. I believe this spread will move wider. Therefore, I want to be a little bit lighter in duration, a little less exposed to interest rates moving higher further out the yield curve.

You’ve written about unseen damage in underlying parts of the economy. Where do you think trouble could lurk?

It’s important to remember that this wasn’t precisely a COVID-19 shutdown; the government chose to shut down economic activity to protect the public. In doing so, it chose what parts to shut down and what parts not to shut down. It is very difficult, if not impossible, to know what sort of long-term damage was done to service industries, to skills and training, to other parts of the economy that aren’t easy to see.

I suspect the aggregate economic impact of any such damage has been overwhelmed by the amount of stimulus, at least for now. But I’m still concerned about those things. That’s one of the reasons I think inflation is unlikely to pick up rapidly.

Overall, my sentiment is that the recovery will be strong and that the damage is perhaps more of a governor on the economy’s engine than the primary concern.

What helped guide you during the turbulence of this last year?

Core bond holdings should have the character of return that we’re looking for. If something damages the economy and equities do horribly, it’s important that the bond portion of a portfolio stands up and does relatively well. Bonds should provide stability so investors can have comfort in their overall portfolio. That is the primary focus when structuring my portfolios.

Looking back at March and April, I feel really good about how the team worked together. Our economic group had insights into the world and COVID-19. Our traders and analysts were in the least liquid bond market I’ve ever experienced. At the same time, we had the two largest months of new investment grade corporate securities in the history of the bond market. The team allowed us to manage portfolios that played the important role core bond should play, and to take advantage of market dislocations to benefit our shareholders.

John Queen is a fixed income portfolio manager with 29 years of investment experience. He holds a bachelor's degree in industrial management from Purdue and attended the U.S. Military Academy at West Point, where he majored in mechanical engineering. He is a CFA charterholder.