When it comes to finances, women are more likely to experience negative stereotypes about their investment knowledge than men, according to a new survey, commissioned by Capital Group. As part of our Wisdom of Experience investor survey series, we discovered that although women think of themselves as meaningful contributors to their household incomes and assets, the rest of the world doesn’t always view them in the same way.


Most of the women surveyed are highly engaged in investment decisions, contribute meaningfully to household income and are savvy about their portfolios. They believe as a group, women have more economic power as investors than in the workplace. Despite this, eight out of 10 women say they have personally experienced negative stereotypes about their investing acumen and financial contributions to their household.


The findings underscore the increasingly dominant role women play in the economy: In the U.S. alone, women control more than $11.2 trillion in investable assets, and the number of women with six-figure incomes is rising at more than three times the rate of men.


Capital Group surveyed 1,200 American adults over the age of 21 with equal participation from the three workforce generations of varying income levels, 600 of these respondents were women. In our recent Wisdom of Experience survey, we discovered: 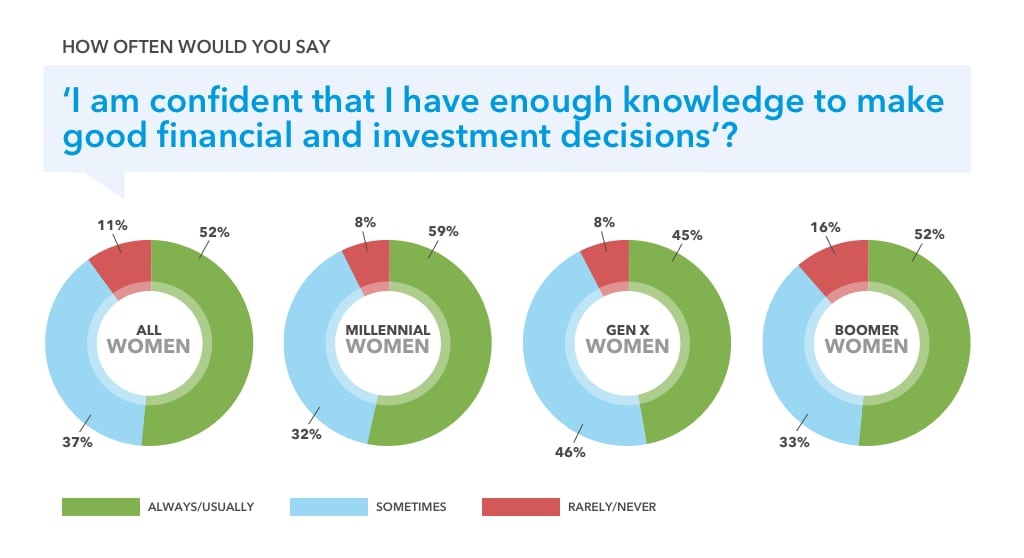 What else did the Wisdom of Experience survey reveal about women investors? Check out the full report.