How to Raise a Financially Responsible Child | Capital Group

Financial Responsibility Starts at Home: A Lesson Plan for Parents

From rising student loan debt to an increasingly complex financial world, the need for our kids to be financially responsible is growing. We asked professionals, and moms and dads, to share their best practices for teaching money lessons to children. Here’s what they had to say.

As parents, we’re expected to educate our kids, keep them safe and usher them into adulthood. Are we doing enough to instill financial responsibility?

While that’s a question moms and dads have always faced, the stakes seem even higher today. Student loan debt has reached a record high. consumers are confronting increasingly complex financial products and parents are lavishing their offspring with gifts and rewards, creating what some are calling a generation of spoiled kids.

“Financial responsibility is one of the most important things a child will need when heading out into the real world,” says Mary Hunt, author of the book, “Raising Financially Confident Kids.”

Whether we like it or not, wise money habits begin at home. Only 17 states require high school students to take a course in personal finance, according to the Council for Economic Education’s “Survey of the States, Economic and Personal Finance Education in Our Nation’s Schools 2016” study. Even if a child is exposed to finance in the classroom, parents might want to supplement those lessons in order to pass on their personal views about money.

“Financial education in school doesn’t incorporate your own family values, so it becomes a responsibility and an opportunity for parents,” notes Laura Levine, CEO of the Jump$tart Coalition for Personal Financial Literacy, a nonprofit alliance of organizations committed to advancing financial literacy among kids.

How do we teach financial responsibility? What are some useful tactics for imparting money lessons? The experts and parents weigh in.

Research shows that many parents simply don’t discuss money with their kids. The danger: If kids aren’t engaged early on, they’ll have no sense of how much things cost, let alone an understanding of basic concepts such as budgets, saving, and investing.

“Money talk is not taboo,” says Rob Pivnick, an attorney and the author of the book, “What All Kids (and adults too) Should Know About Saving & Investing.”

Pivnick, the father of three kids ages 8,11 and14, suggests involving children in both large and small buying decisions. For young children, that might mean talking about the cost of items in a supermarket, while older kids should be included in discussions involving bigger purchases, he explains.

“If you’re going on vacation, discuss the budget,” Pivnick advises. “My kids don’t know how much I earn, but they do know how much a car costs.”

We might want to give our kids everything they ask for, but doing so could have negative consequences. A young adult unaccustomed to hearing “no,” might find it especially difficult to exercise control over money.

One way to avoid this problem is to get kids to make their own financial decisions and have them understand that there might be trade-offs involved, said Patrick Payne, a professor of finance at Western Carolina University.

Have them divvy up their dollars

How do you get kids to be responsible with their money? Give them a simple formula to follow.

Hunt had rules for her own two sons. Starting at age 10, whenever they received money, they were expected to set aside 10% for savings and another 10% for a charity, or for someone less fortunate then themselves.

In addition, her sons had to put 15% of their “income” into a “family tax jar.” This communal money — to be spent by the family as a group — was meant to simulate the taxes her kids would someday have to pay.

Her sons were able to choose to do what they wished with their remaining money, but they had to learn to budget, or suffer the consequences. “No loans, no advances on allowance/salary, don’t even ask,” Hunt says. “You are required to manage your ‘income.’ You will not go into debt.”

Teach kids to track their spending

Darrell Spence’s two daughters, ages 11 and 13, don’t have bank accounts yet. They are, however, aware of what’s going in and what’s going out of their savings.

Spence, a Capital Group economist, and his wife, gave their daughters age-appropriate, “checkbook registers.” The girls write down everything they receive, whether it’s their allowance or a gift, and everything they spend.

The girls have the option to spend their dollars as they see fit. As they track their “deposits” and “withdrawals,” they’re aware that if they make a purchase, they might have less money later on to buy something else.

“Hopefully, we’re teaching them the value of keeping records,” Spence says. “We’re trying to make them aware of their financial situation.”

Demonstrate the value of saving to meet goals

When Lynne Knox’s daughters, Kelsey and Rachel, were in high school, many of their classmates had cars. Instead of simply buying her daughters cars, Knox, a senior vice president and investment counselor at Capital Group Private Client Services, encouraged them to save, and provided matching dollars as an incentive.

“They had to have skin in the game,” Knox says.

Over time, Kelsey and Rachel accumulated enough money to purchase vehicles themselves. “They were so incredibly proud that they did it,” Knox reveals.

Introducing concepts like investing might be more complicated for parents. Make sure the message corresponds to your child’s age and interests, advises Beth Kobliner in her book, “Make Your Kid a Money Genius (Even if You’re Not).”

Kobliner suggests reading young children the story of “The Little Red Hen.” Why? The hero of the story “invests” time and effort in turning wheat into bread and ultimately reaps the benefits.

When you take a child to a Disney movie, or step into a Starbucks, that might be an occasion to talk about the fact that investors can own a piece of companies, Kobliner writes.

Likewise, Levine suggests buying kids shares of stock in companies they “know and love,” something she did with her own two nephews. “Make investing relevant to them,” she says.

The power of compounding is a fundamental lesson your child should learn. There’s no better way to demonstrate this than by running the numbers together using a compound interest calculator, Kobliner writes.

The message: use the money wisely and in accordance with your family’s values.

“I laid down parameters that embraced our parental values,” Knox explains. “It made them think long and hard about what would be a responsible use for this money.” 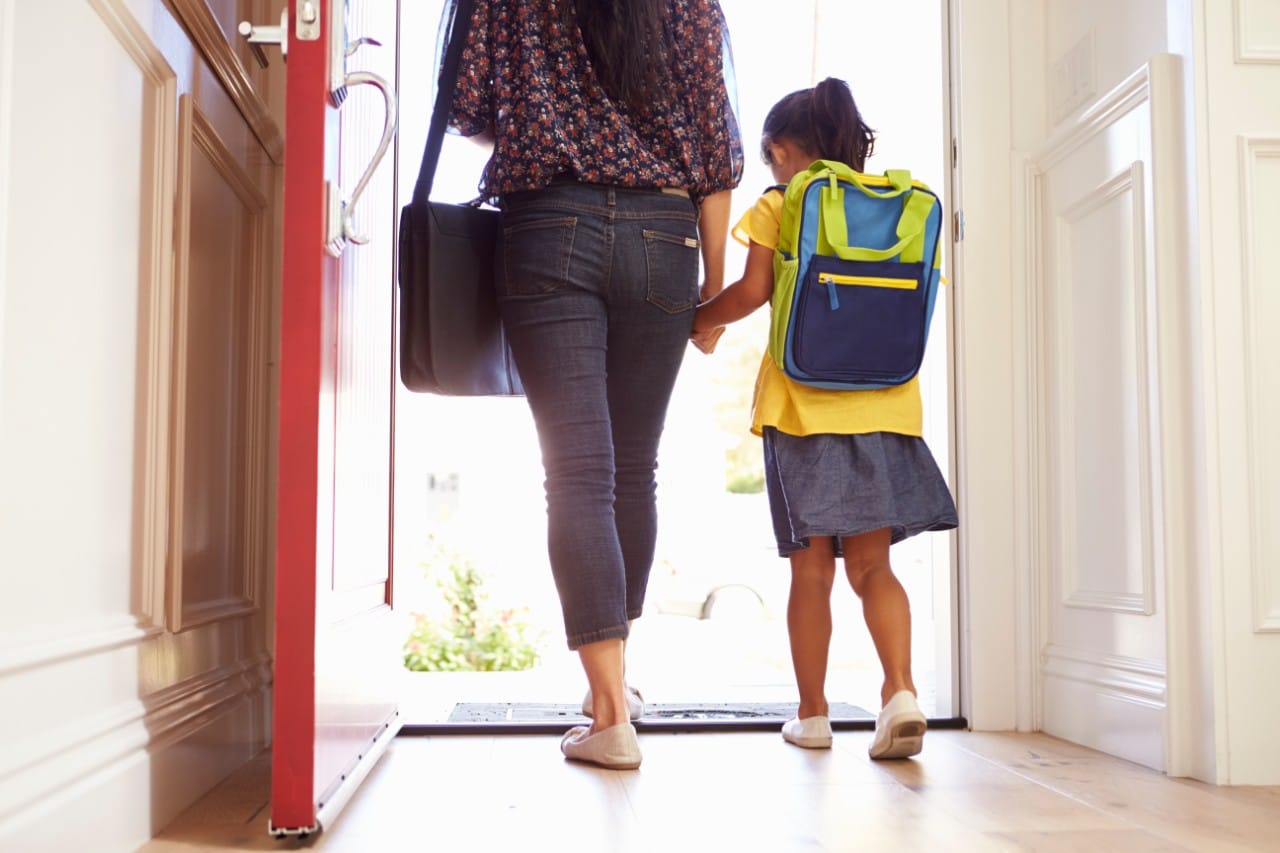 Are you prepared for the cost of higher education? CollegeAmerica is the nation’s largest 529 college savings plan, trusted by more than 1 million families nationwide.

Investors should carefully consider investment objectives, risks, charges and expenses. This and other important information is contained in the fund prospectuses, summary prospectuses and CollegeAmerica Program Description, which can be obtained from a financial professional and should be read carefully before investing.

Depending on your state of residence, there may be an in-state plan that provides state tax and other state benefits, such as financial aid, scholarship funds and protection from creditors, not available through CollegeAmerica. CollegeAmerica is sponsored by Virginia529℠.