The outlook for dividends in a recessionary world 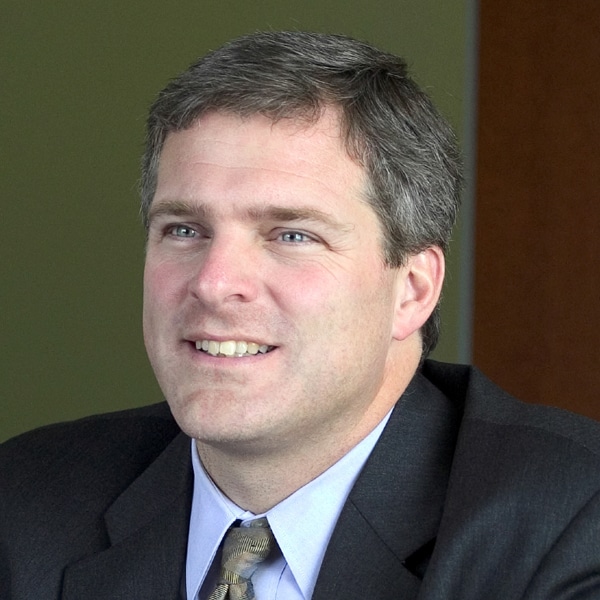 The environment for dividends has become challenging given the sudden shutdown of most of the global economy. In periods of economic duress, dividend cuts and suspensions are not unexpected. What’s been less anticipated is the degree to which ethical and social considerations are influencing dividend policy in a wide range of industries. It’s affecting the mindset of companies regardless of their financial strength or the stability of their business. This comes at a time when companies in many industries typically associated with dividend payments were already faced with evolving business dynamics spurred by technological and other changes.


We do not intend to suggest that the outlook is bleak for dividend-oriented strategies and investors. Even in this environment, some companies have maintained payouts and even raised them. But it does require a heightened awareness of the challenges that companies face and an active approach to portfolio management.


At Capital, we often engage in conversations with companies around the world regarding their approach to dividends. It is our belief that over long periods, dividends will remain an important component of total return and provide an income stream that investors, retirees and charities may depend on, especially as many investors expect interest rates in developed markets to remain low for an extended period. In this paper, we discuss the challenges facing companies and investors as well as the potential path forward.

Prospects for dividends vary across industries


In assessing how different industries and companies may fare in this changed economic environment, our analysts see greater relative safety among select food companies, makers of household staples, utilities, and large pharmaceutical and technology companies.


Other industries warrant closer scrutiny. Take U.S. telecommunications, where consolidation has made several companies both providers and distributors of content. This consolidation has had financial ramifications. AT&T acquired DirecTV, and more recently, Time Warner. As a result, AT&T’s net debt rose, and its earnings became more economically sensitive due to the cyclical nature of the advertising business. On the other hand, Verizon Communications has less net debt and less exposure to advertising. Verizon stock has yielded less than AT&T, but its dividend is perceived to be safer by the market.


Our equity analysts collaborate with our fixed income team to evaluate the risk that a company may cut its dividend in an attempt to avoid a credit rating downgrade. We may see that high levels of corporate debt could impact dividend sustainability.


Looking at the banking industry, pressures may mount for banks to retain capital and forego some dividend payments. This is already happening with European banks. Meanwhile, big U.S. banks are well-capitalized and have undergone multiple stress tests since the Great Financial Crisis. However, it’s still a remote possibility that the Federal Reserve might ask banks to temporarily suspend dividends if they decide it’s best for the stability of the banking system. Political opposition to banks paying dividends might also intensify.


In the energy sector, oil prices have plummeted and share prices have been hammered. This will test the fortitude of oil majors Chevron and Exxon Mobil, both of which have paid dividends for decades. Exxon Mobil said on April 29 it would maintain its quarterly dividend for now despite reporting a $610 million first-quarter loss. Energy companies in Canada and Europe are in a similar predicament. Royal Dutch Shell on April 30 reduced its dividend for the first time since 1945, cutting it by more than 60% to 16 cents a share.


Longer term, certain industries merit close attention. Boeing and Airbus suspended their dividends, which could have a ripple effect among European aerospace manufacturers. U.S. defense manufacturers, who rely on government spending and have typically been more recession-proof in conventional economic downturns, may find their order books slow in the years ahead as government deficits spike.


Over the past couple of months, Capital’s portfolio managers and analysts have engaged in discussions with companies worldwide on many topics, including the important issue of dividends. Each company’s dynamics are unique in some ways, yet there are some themes that PMs and analysts ask companies to consider.


Our view has been that unless it is mandated by a government or if a company can no longer financially support paying a dividend, a dividend suspension can come across to investors as a lack of confidence by the board in the strength of the business model. Our equity and fixed income analysts often meet with companies together, allowing for a holistic and comprehensive discussion of a company’s options across the capital structure. Companies should explore all available options of managing the capital structure, such as asset sales or restructuring.


We also believe that once economies get past the recession, investors will turn to companies with high growth potential. The “steady Eddies” such as utilities and many consumer staples won’t likely be in this growth category. But if a company then also loses its identity as a defensive stock by virtue of not paying dividends, it may lose investor interest as it risks being in a no man’s land of neither growth nor income. On the other hand, a company that maintains its dividend may come out of this crisis being perceived as one of the stable companies in its sector; and this could earn the stock a premium over its peers. The dividend component is a significant part of the total return of these companies over longer periods.


In a world where interest rates are likely to remain low for an extended period, dividend and multi-asset income portfolios will remain an important source of income for investors. But in this uncertain environment for dividends, it will also be important to incrementally upgrade the quality of a dividend-oriented portfolio through an effective investment approach. We believe those building blocks include:


In closing, while the backdrop for dividends is increasingly uncertain, we may see increased appreciation for companies that have the financial strength and an unshakeable commitment to sustain their dividends over the long haul.


Marc Nabi is an investment director with 31 years of investment industry experience. He holds an MBA in finance from New York University and a bachelor’s degree in accounting from the University of Michigan.

Dale Hanks is an investment director with 33 years of investment industry experience. He holds a master’s degree in theological ethics from Fuller Theological Seminary and a bachelor’s degree in international political economy from the University of California, Berkeley.


MSCI has not approved, reviewed or produced this report, makes no express or implied warranties or representations and is not liable whatsoever for any data in the report. You may not redistribute the MSCI data or use it as a basis for other indices or investment products.