U.S. outlook: From recession to recovery 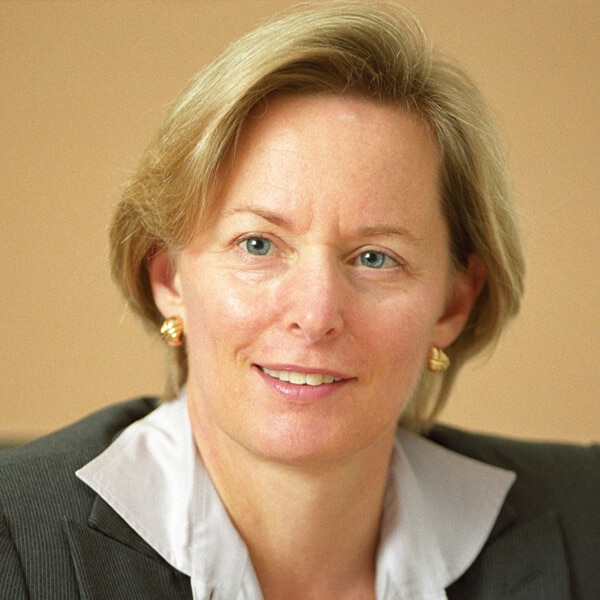 
U.S. gross domestic product (GDP) fell 5% in the first quarter, and a steeper decline is likely in the second. Consumer spending, which accounts for about two-thirds of the U.S. economy, slid 13.6% in April, the steepest decline on record.


More bad news lies ahead in the short term, starting with the tragic human cost. Historic unemployment will likely have a lasting impact on the economy, and many businesses are failing. The path to economic recovery will depend on the course of the virus and public health response, and stock markets may bounce around for an extended period until the economy finds firmer footing.


“The U.S. stock market appears to be priced for a quick economic recovery,” says U.S. economist Jared Franz. “But I expect a more gradual U-shaped recovery with bumps along the way,” he explains.


When will near-term pain give way to long-term gain? “Over the next six months, we will see some challenges, and I expect consumer demand to remain sluggish for some time,” says equity portfolio manager Claudia Huntington, Co-President of The New Economy Fund® and a former Co-President of AMCAP Fund®.


“That said, my three-year view is very optimistic. I am seeing a lot of long-term investment opportunities present themselves in this environment.”


Market recoveries have been longer and stronger than downturns


There will certainly be ups and downs, but veteran equity portfolio manager Rob Lovelace believes it’s a matter of when, not if, we make it across this valley.  “Because the slowdown was the result of government policy — not economic imbalances or rising rates ― we can see what recovery can look like when policies are relaxed,” Lovelace says. “And that to me is reassuring.”


Of course, when you’re in the middle of a downturn, it feels like it’s never going to end. But it’s important to remember that market recoveries have been longer and stronger than downturns. Over the past 70 years the average bear market has lasted 14 months and resulted in an average loss of 33%. By contrast, as measured by Standard & Poor’s 500 Composite Index, the average bull market has run for 72 months — or more than five times longer — and the average gain has been 279%.


Moreover, returns have often been strongest right after the market bottoms. After the carnage of 2008, for example, U.S. stocks finished 2009 with a 23% gain. Missing a bounce back can cost you a lot, which is why it’s important to consider staying invested through even the most difficult periods.


Long-term investors may take comfort in knowing that tough companies have often been born in tough times. Consider these examples: McDonald’s emerged in 1948 following a downturn caused by the U.S. government’s demobilization from a wartime economy. Walmart came along 14 years later, around the time of the “Flash Crash of 1962” — a period when the Standard & Poor’s 500 Composite Index declined more than 22%. Microsoft and Starbucks were founded during the stagflation era of the 1970s, a decade marked by two recessions and one of the worst bear markets in U.S. history.


Companies that can adapt and grow in tough times often present attractive long-term investment opportunities. Bottom-up, fundamental research is the key to separating these resilient companies from those likely to be left behind.


While the pain of the current downturn has been widespread, its impact has not been universal. With stores shuttered and consumers mostly sheltered at home, U.S. retail sales slid an unprecedented 16.4% in April, according to the U.S. Commerce Department. But that’s not the whole story.


A look beneath the surface of the U.S. stock market shows there has been a stark divide between winners and losers in this era of limited mobility. Not surprisingly, online retailers and grocers have enjoyed strong sales growth as consumers eat in and do their shopping in front of a screen. Providers of broadband, health care, home improvement materials and educational services have also benefited from healthy demand. Conversely, restaurants, travel and leisure companies, and aerospace companies have seen sales evaporate.


“We are witnessing a number of exciting themes emerge during this crisis,” says Huntington. “Within health care, for example, we are seeing telemedicine come to the forefront, as elements of the national health system go online, improving efficiency for many patients.” To be sure, not all companies will equally tap into rising opportunity, so selective investing will be critical going forward, Huntington adds.


Digitization of daily life is here to stay


Some of the recent demand activity reflects an amplification of already established trends. Cloud demand, for example, was sky-high before the COVID-19 outbreak. But the events of 2020 have kicked that theme into overdrive. In the stay-at-home era, e-commerce, mobile payments and video streaming services have soared in popularity, occasionally pushing the limits of technology. While the levels of online activity are likely to moderate, the pandemic could be a catalyst for even stronger e-commerce growth in the years ahead.


“The response to the COVID-19 crisis — keeping everyone at home — has accelerated this powerful trend of digitizing the world,” explains Capital Group portfolio manager Mark Casey, Co-President of Fundamental Investors®.


“Services that were already useful have in some cases become almost essential. Many people felt compelled to try grocery delivery for the first time, for example, and subscriptions to Netflix skyrocketed.”


There’s also room to advance, Casey adds. While e-commerce has grown in popularity, it still represents only about 11% of U.S. retail sales last year, and mobile payments stood at similarly low levels. “Given where we are now in the consumer-technology space, the growth potential is truly exciting.”


In an odd twist of political and economic fate, the event that everyone thought was going to be the biggest story of the year has been relegated to an afterthought. And maybe that’s the best way for investors to think about it.


That’s because, historically speaking, presidential elections have essentially made no difference when it comes to long-term investment returns. The U.S. stock market has powered through every election since 1933, reaching new highs over time regardless of whether a Republican or a Democrat won the White House.


What has mattered most is staying invested. Getting out of the market during election season has rarely paid off. It’s time, not timing, that makes the difference.


By design, elections have winners and losers, but the real winners have been investors who avoided the temptation to time the market and stayed in it for the long haul.

2020 Midyear Outlook: Recovery on the horizon

Claudia Huntington is an equity portfolio manager with 46 years of investment experience. She holds an MBA from Harvard and a bachelor's in economics from Stanford.