Stocks have declined sharply in recent days as the U.S. announced new tariffs on China, and China responded by allowing its currency to depreciate against the dollar. The escalation of U.S.-China trade tensions has once again raised questions about how and when the conflict will be resolved. In a recent commentary, Capital Group portfolio manager Steve Watson shared his long-term view of the dispute and the implications for investors.


Living in Hong Kong with a view of the Chinese mainland, Capital Group portfolio manager Steve Watson has a front-row seat to the long-running U.S.-China trade dispute. He’s noticed a contrast between the consensus view that China’s economy is alarmingly slow and the picture he sees walking the streets of Beijing, Shanghai, Shenzhen and elsewhere. 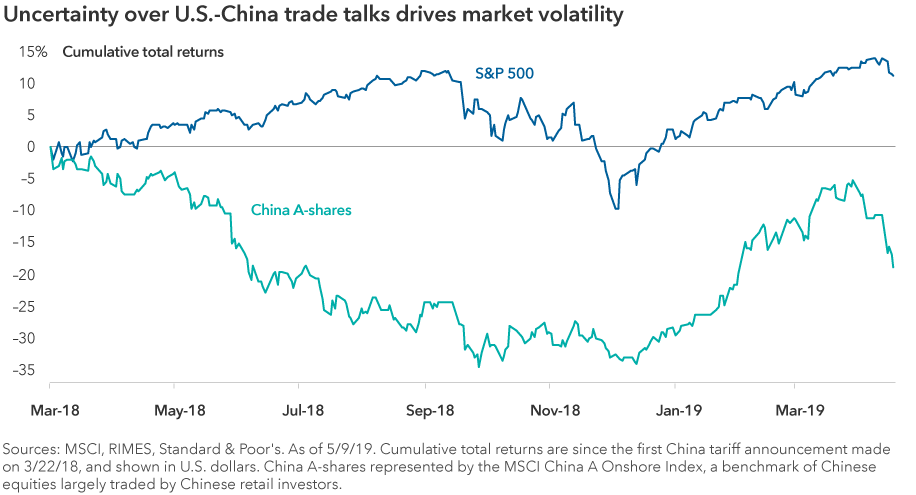