A Brit’s view of Brexit 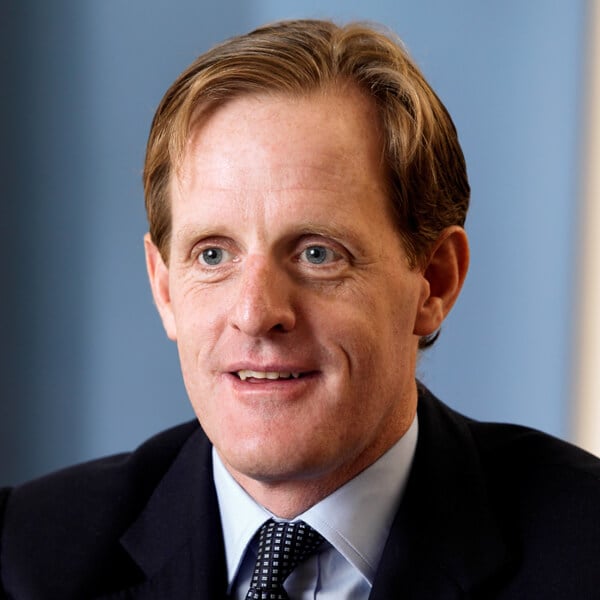 If all goes as planned, the United Kingdom on Wednesday will notify the European Union of its intention to leave the 28-nation bloc. By triggering Article 50 of the Lisbon Treaty, British leaders will embark on a two-year process that should result in an official exit – or Brexit, as it has come to be called – by March 2019.


While we have known this day was coming for quite some time, it remains a milestone in the troubled history of European integration. Since U.K. voters approved the Brexit referendum last June, the pound sterling has tumbled nearly 16% against the U.S. dollar. Some would argue that currency slide is just the beginning – and that the U.K. will pay a steep price for abandoning the EU.


My own pro-Remain friends relentlessly fill my Facebook newsfeed with their unmitigated pessimism about Brexit. I am more sanguine. First, Brexit is going to happen, so it’s time to move on. And second, under the right circumstances, I think it could go quite well. 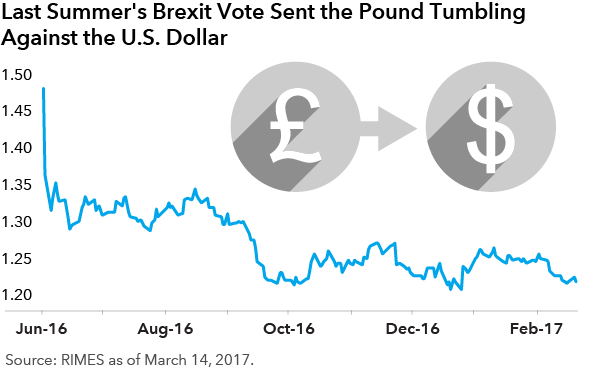 
For investors, managing through crisis periods is part of the job. Moreover, a time of crisis is often a time of opportunity – whether it’s the collapse of the Soviet Union, the Asian financial crisis, or the Great Recession. Investors who hold on during troubled times are often rewarded.


Brexit will be one of those times, in my opinion. Over the next two years, investors may experience a bumpy ride as British and EU leaders hammer out the terms of departure and negotiate future trade relationships. But make no mistake – Europe needs the U.K., and vice versa. German executives at BMW, for example, will not want to lose easy access to one of the luxury car maker’s biggest export markets just so a euro-zone politician can say he “punished” the U.K.


I don’t think the Brexit referendum was a vote against free trade. The Brits are huge exponents of free trade. Brexit was always about stemming the tide of uncontrolled immigration and illegal immigration. Keep in mind, the U.K. is a relatively small country, about half the size of California, with a large population of roughly 64 million. It’s one of the most densely populated countries in the world, especially in the southeastern region.


The average Brit is not anti-immigration. On the contrary, Brits have always embraced immigration and the U.K. is a nation of immigrants. The issue was simply one of quantity – they voted against the volume of immigration. More than half of London residents were not born in the U.K. (I was not born in the U.K., for that matter, but rather Kenya.) So I think the idea that the British people are suddenly putting up the shutters is grossly overstated. They are open to foreign immigrants and foreign investment, as long as it is well planned and well executed.


Prior to the Brexit vote, the U.K.’s population was growing at roughly half a percent a year, which is very fast for a developed nation. The government simply was not planning for this population growth. Schools, hospitals, roads and other infrastructure were not being expanded at a fast enough pace to keep up. The infrastructure was bursting at the seams. The people most affected by the overcrowding were those on average incomes, not the liberal elite, as the average person relies more on public services such as the National Health Service, government schools, and public transportation.


The other issue I believe troubled Brits was the supremacy of EU law over British law. There was palpable frustration over multiple issues ranging from the very serious – for example, the blocking of the extradition of convicted terrorists to the U.S. by the European Court of Human Rights – to the farcical, such as regulations governing the curvature of a banana.


The critics are saying the British economy will suffer, the pound will continue to decline, and trade with the U.K. will be exponentially more difficult.


The counter argument is that the U.K. still has many of the great attributes it had before the Brexit vote. Those include the English language; a culture of fairness and openness; robust institutions; great universities; their own currency; and London, the world’s leading financial center.


It will boil down to governance. How well does the U.K. government execute over the next three to four years? If U.K. leaders remain focused and make the country an incredibly attractive place to do business, then the U.K. may even come out of this process more open to trade than ever, especially with nations such as the United States, Brazil, Australia and South Korea. I would note that the Brexit vote did not deter U.S. technology giants Google and Facebook from pushing forward with major new head-office investments in London. Google specifically indicated it will invest over £1 billion on a new London office, creating 3,000 jobs.


That’s the light at the end of the Chunnel.

Jonathan Knowles is an equity portfolio manager with 30 years of investment experience. He has an MBA from INSEAD, France, as well as a PhD in immunovirology and a bachelor's in veterinary science from the University of Liverpool, U.K.