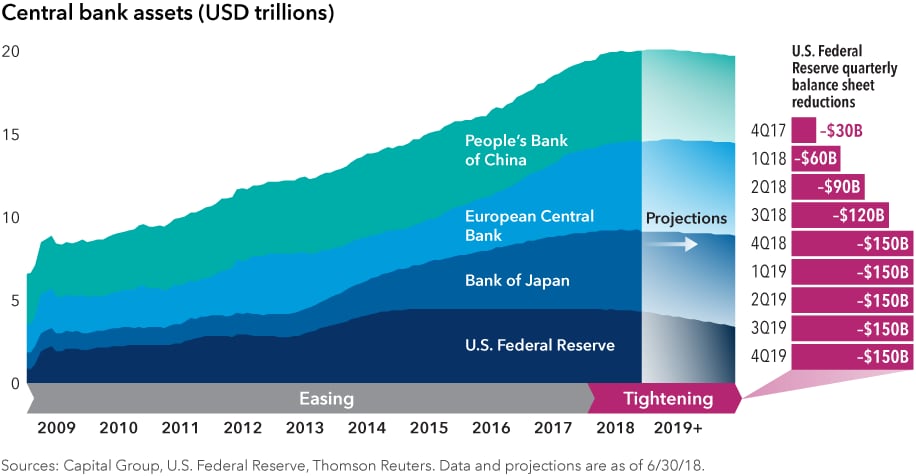 For nearly a decade, the world’s major central banks have given new meaning to the term “accommodative” but they may have finally reached an inflection point. The Fed began raising rates in 2015 and began selling assets in 2017. The European Central Bank and Bank of Japan are reining in asset purchases, although neither has begun raising rates or reducing assets on their balance sheets. The assets of those three central banks still total about $15 trillion.


Accommodative policy has provided a significant tailwind to asset prices. Now, policy is tightening. This is uncharted territory for the global economy. How much of a headwind will assets face amid less supportive policy? That question is likely to influence markets for years as central banks begin to unwind the unprecedented monetary stimulus that has played a critical role in shaping the global markets since 2009.