How demographic challenges are shaping the China investment story 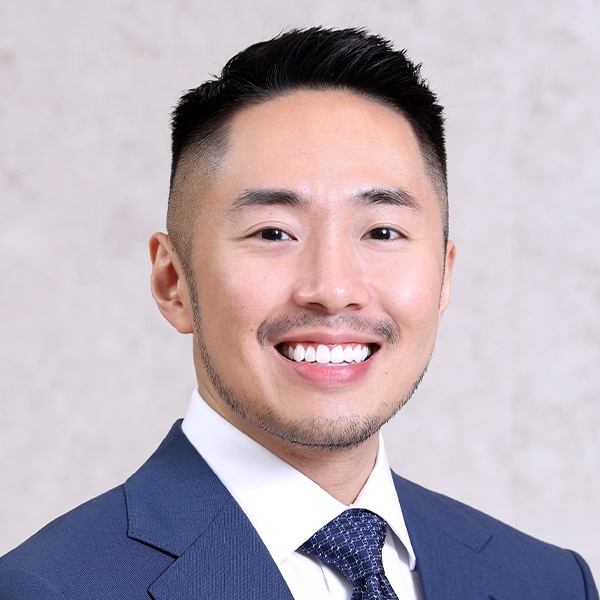 
China’s once-in-a-decade census1 revealed some interesting demographic issues. The country has 264 million people aged 60 and above, which equates to 18.7% of the population, considerably higher than 13% in 2010. The 12 million births recorded in 2020 were the lowest since 1961. In addition, the working population has declined from 70% to 63% over the past decade. While rising living costs, unaffordable property, and uncertain career paths were often cited as major reasons for delaying parenthood or limiting the size of their families, the bigger elephant in the room is a rapidly rising dependency rate.

Note: 1980 to 2020 data were from the National Bureau of Statistics of China. * Estimates by the Office of the National Working Commission on Aging, shown for illustrative purposes only.

So how does a surging dependency rate impact demographics? Imagine being one half of an average married couple in China with a monthly disposable income of RMB6,7262 (US$1,056). Yet you are living in Shanghai, the world’s fourth-most expensive residential property market3, with property prices standing at RMB36,826 (US$5,779) per square metre4. You also have to care for four aging parents and three young children – the number allowed under China’s family planning policy – in a society with an ultra-competitive academic system. Life can feel rather daunting.


Why should this concern investors? Demographics are a major driver behind recent regulaory eforms targeting education, health care and property. These sectors are known as the “three mountains” that Beijing aims to overcome to take pressure off households and achieve “common prosperity”, an overarching vision that incorporates quality growth, social wellbeing and environmental sustainability. While a degree of regulatory overhaul would likely create complexities in China’s investment story going forward, the country’s commitment to solving its demographic deadlock is strong and future policies will likely revolve around this agenda.


Regulatory reforms could be here to stay


Even though the “three mountains” are obvious candidates to receive further regulatory attention, other sectors could also be targeted.


In the technology space, heavyweights such as Alibaba, Pinduoduo, Meituan and Tencent were hit with multiple penalties for breaching antitrust regulations in 2021. Alibaba, in particular, was on the receiving end of a record RMB18.2 billion (US$2.8 billion) fine for abusing its dominant market position in the retail platform service market. According to President Xi Jinping’s vision of common prosperity, reforms could be undertaken anywhere the authorities believe changes can promote social and economic stability as well as healthy competition.


Nonetheless, regulatory cycles are not uncommon in China.2 Recent examples include the anti-corruption campaign (2012-2014), the Cybersecurity Law (first launched in 2017 followed by revisions in 2020 and 2021) and the tightening of video game restrictions since 2018. Policy risks should always be taken into consideration when investing in the country. Looking at China’s current regulatory and policy trajectories, there are several developments we anticipate in 2022 and beyond:

China property: down but not out


Another of the “three mountains”, the property sector, is a strategic pillar of China’s economy, accounting for around 29% of its GDP6. China has recently introduced a series of policies to rein in surging housing prices, restrict speculation and reduce leverage for developers.


Such efforts have put many developers under financial pressure, and triggered an increase in bond defaults (which is when the bond issuer fails to make interest or principal payment within the specified period). Despite the sector having accumulated around US$5.2 trillion7  of debt, or roughly one-third of China’s GDP, fears that this could be China’s ‘Lehman’ moment8  could be overblown.


China has a solid track record of managing corporate collapses in recent years, including the restructurings of insurance giant Anbang Group and conglomerate HNA Group as well as the liquidation of Baoshang Bank. While these incidents did generate short-term volatility, similar fears of systemic risks proved to be exaggerated as the authorities stepped in with effective measures to manage the situation.


In the property sector’s case, some of the steps China has taken to loosen the policy tone since the third quarter of 2021 include:

These steps should provide developers with much-needed relief. Higher quality developers with robust balance sheets are likely to come out of this regulatory cycle stronger. On the other hand, debt-laden developers will continue to find it challenging to obtain financing, especially if they have breached the “three red lines”, a set of financial thresholds aimed to constrain developers’ debt. This expected divergence highlights the importance of strong bottom-up research capabilities to identify developers that can remain resilient amid the confluence of factors in play.


While there is no denying that the sector is going through a rough patch, investors are increasingly focusing on property management as an up-and-coming sub-segment. Unlike developers, property management firms tend to be asset-light and less cyclical because of their often-stable streams of recurring cash flows (management fees). In addition, many of these companies are expanding into lucrative community value-added services such as property brokerage, financial services, public space utilisation and housekeeping services.

Given that environmental sustainability is an important element of China’s common prosperity agenda, many local governments have been working to drive down coal consumption. In what could now be described as ‘over-execution’ or ‘over-interpretation’ of central government policies, China found itself with a dangerously low stockpile of coal in September 2021. This prompted many local authorities to announce power cuts. Factory production across many provinces came to an abrupt halt, forcing China to rectify the situation by reopening, or issuing new approvals for, coal mines and importing more coal from other countries.


This episode highlights China’s reliance on coal and the complexities of such a large-scale energy transition. Striking the right balance between phasing out coal power plants and investing in baseload power12 is difficult. More long‐term planning is required to ensure the country has the technology, as well as the infrastructure, to support energy security.


Another interesting dynamic is to consider the intermediate replacements for coal. Given that it is a fossil fuel, natural gas’ status as an energy form of choice is likely to be at risk over the longer term, but it could experience a surge in demand at least until 2030. Gas distributors may see another decade of growth but their businesses beyond that will depend on their ability to adapt to a low- or no-carbon energy future.


It is undeniable that after the developments of 2021, there will be a level of regulatory and policy uncertainty from China in the coming years. This could lead to a higher risk premium for China-related investments. Meanwhile, the country remains one of the most attractive markets in the world given its growth, entrepreneurial culture as well as broadening and deepening financial markets.


1. The Seventh National Population Census was conducted in 2020 and results were released in May 2021. Source: National Bureau of Statistics of China


2. Average monthly disposable income of Shanghai residents based on data from the first half of 2021. Source: National Bureau of Statistics of China


3. Rankings are based on CBRE’s Global Living Report 2020. Source: CBRE


5. The Two Invoice System was introduced in 2017 to limit the number of invoices between medical device manufacturers and hospitals to a maximum of two.


7. Figure based on a Wall Street Journal article dated 10 October 2021, which cited a report from Nomura.


8. Referring to the collapse of US investment bank Lehman Brothers, which preceded the global financial crisis in 2008.


9. Refers to the Working Guidance For Carbon Dioxide Peaking And Carbon Neutrality In Full And Faithful Implementation Of The New Development Philosophy. Source: The State Council


11. Based on end-2019 data. Refers to carbon dioxide emissions from fossil fuels and cement production only. Source: Global Carbon Project


12. Baseload power refers to the minimum amount of electric power needed to be supplied to the electrical grid at any given time.

Andrew Lee is an investment director at Capital Group. He has 11 years of industry experience and has been with Capital Group for one year. Prior to joining Capital, Andrew worked as a client portfolio manager, with a focus on Asian and Greater China equities, at Barings. Before that, he was an equity product specialist at HSBC Global Asset Management. He holds a bachelor's degree in business administration with accounting and marketing from the Hong Kong University of Science and Technology. Andrew is based in Hong Kong.