Is the dollar’s stumble a sign of things to come? 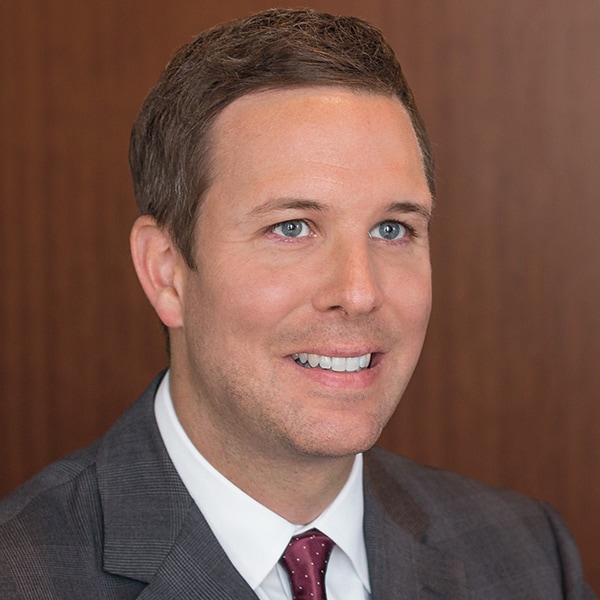 Is the U.S. dollar entering a new multiyear bear cycle, or is it just experiencing an episode of weakness in an already decade-long bull run? It’s a question at the top of investors’ minds given the dollar’s steady decline since the outbreak of COVID-19 earlier this year.


Dollar cycles typically last for many years. Shifts between bull and bear cycles tend to develop very slowly, and there are often false starts. While it is too early to conclude that the dollar has entered a new bear cycle, there are notable trends that may lead it there. The year 2020 may be recognized in hindsight as a tipping point for the greenback.


Bull cycles usually reflect a confluence of unique factors that buoy the dollar. Once those factors dissipate, the dollar tends to revert to fair value. In the early 1980s, a combination of high real interest rates, tax cuts and deregulation all attracted inflows to the U.S. dollar, sending it higher. Through the 1990s and into the early 2000s, America’s stable fiscal policy and economic growth supported the dollar, while the dot-com boom supercharged the rally. In the most recent bull cycle that began in 2011, comparatively high real interest rates, an attractive carry trade and easy fiscal policy that created a relative growth advantage for the U.S. all fueled the dollar’s appreciation against most other currencies.

Three trends that could stir the dollar bear


Now we may be at a new inflection point. Recent fiscal and monetary policy changes in response to the economic fallout of the COVID-19 pandemic, coupled with growing economic policy uncertainty, could lead to a new bear cycle. Specifically, there are three significant trends to watch: the convergence of monetary policy among advanced economies; the ballooning U.S. federal budget deficit; and fundamental shifts in global trade flows.

The Federal Reserve’s massive monetary stimulus and interest rate cuts in response to the COVID-19 outbreak are driving much of the concern around a potential bear cycle for the dollar. These moves have diminished a key support for the dollar by sharply narrowing U.S. government bonds’ real yield advantage over government bonds issued in other advanced economies. Attractive inflation-adjusted U.S. yields relative to those in Germany, Japan and the U.K. had fueled a stronger dollar from 2013 onward. The effect was amplified in 2015 when the Fed launched a three-year cycle of interest rate increases, spurring a unique carry advantage for the U.S. dollar.

2. A surging U.S. budget deficit could also pressure the dollar

Washington has been running a primary deficit for nearly two decades, but the shortfall has ballooned as the government has committed trillions of dollars to combat the economic effects of the pandemic. As of June 30, the U.S. deficit as a percentage of gross domestic product was on track for a post-WWII high. Notably, it has expanded significantly relative to budget deficits in Japan and the euro area.


There are two main responses to a large budget deficit, both of which might spell trouble for the dollar. The path that policymakers choose will be heavily influenced by the outcome of the November elections and the persistence of the pandemic. One option is to attempt to reduce the deficit by cutting government spending, raising taxes or both. These would be headwinds to investment and economic growth that would make the U.S. less attractive as a destination for capital. The opposite tack is to refrain from reining in the deficit in a bid to stimulate economic growth and federal tax receipts. This would require the Fed to continue quantitative easing to support government spending, an approach that would risk a surge of inflation and potential currency depreciation.

3.   Localization of supply chains could also dampen the dollar

A third factor that could undermine the dollar bull cycle is a shift toward supply chain localization — effectively a slowdown or reversal of global trade. Even before the outbreak of COVID-19, rising trade protectionism and geopolitical tensions were engendering calls for deglobalization. The pandemic only exacerbated this trend because it underscored the risks associated with unexpected disruptions to just-in-time production chains that prize efficiency over redundancy and excess inventory.

When companies bring production back from lower-wage labor markets, they are faced with higher costs and perhaps lower productivity. These dynamics can lead to lower growth for each percentage-point increase in inflation, which can drive policy decisions that favor running an economy slower to avoid overshooting inflation targets. If the U.S. reverses the globalization trends it has so heavily embraced in the last few decades, U.S. exports would be more costly and U.S. investments would be less attractive owing to slower growth of corporate profits. Both would potentially weigh on foreign capital flows and pull the dollar lower.


What does a weaker dollar mean for investors?


We believe that the dollar could be in the beginning stages of a bear cycle, although the precise timing of these shifts has historically been difficult to gauge. Even if a bear cycle is starting, the dollar could see some near-term support from external factors, such as a potential drag on European economies following Britain’s exit from the European Union later this year.

Against this backdrop, it may be a good time for investors to diversify some of their exposure from the U.S. dollar and invest in global bonds.

An attractive way to do that may be to pursue an actively managed core global bond strategy with currency management. This approach may be favored by investors seeking to achieve some diversification away from U.S. assets and the U.S. dollar but with less volatility than they would encounter with international bond strategies, which invest all assets outside the U.S. In our view, a global bond portfolio provides ample opportunity for diversification relative to more focused U.S.-only or international bond portfolios, and it provides the ability to make country and currency decisions independently. This flexibility can be useful in seizing idiosyncratic opportunities in developed as well as emerging markets around the world — particularly if the U.S. dollar is weak.

An allocation to emerging markets debt can also be an attractive option during weak U.S. dollar cycles for those investors seeking to potentially enhance their portfolio’s income generation. Historically, the asset class, including emerging markets currencies, has tended to perform well during U.S. dollar bear markets. Over the last decade, as political risk in many emerging markets economies has declined and monetary and fiscal policies have become more orthodox, the risk-reward ratio has improved significantly. That said, many emerging markets face near-term challenges that include the possibility of a further reduction in global trade as well as rising debt burdens at a time when the outlook for the global economy remains highly uncertain. Also, given the higher risk of emerging markets compared to broader core global bond strategies, we believe that active management is essential.

The specific approach will depend on an investor’s investment objectives and risk tolerance. But given that we may be at the start of a dollar-weakening cycle, we believe investors may benefit from including diversified non-dollar holdings as one part of their overall asset allocation strategy.


Thomas H. Høgh is a fixed income portfolio manager with 35 years of experience (as of 12/31/2021). He holds an MBA in finance, international business & management from Columbia Business School, a master’s degree in international economics and a bachelor’s degree in economics, both from the University of Copenhagen, Denmark.

This report, and any product, index or fund referred to herein, is not sponsored, endorsed or promoted in any way by J.P. Morgan or any of its affiliates who provide no warranties whatsoever, express or implied, and shall have no liability to any prospective investor, in connection with this report. J.P. Morgan disclaimer: https://www.jpmm.com/research/disclosures.