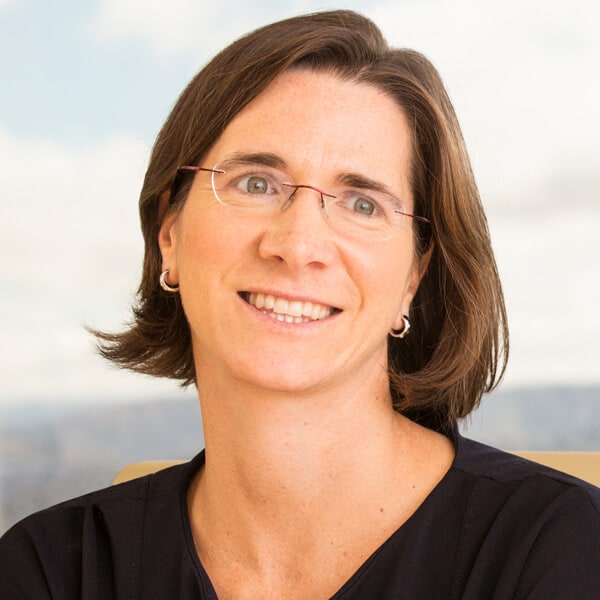 Star Trek, the classic sci-fi TV series, depicted a far-off future where space explorers traveled the galaxies equipped with cutting edge technology such as a communicator, food replicator and the indispensable tricorder, a hand-held medical device that could scan a person’s vital signs, issue a diagnosis and prescribe treatment in minutes.


Equity portfolio manager Rich Wolf expects that within the next 10 years such devices will be a reality. “For years I’ve been around bioengineers who have joked about having a tricorder,” says Wolf who also covers U.S. medical technology companies as an investment analyst. “While I don’t think there is going to be a single tricorder that does everything, I suspect that by 2030 many of us will have devices like it that will analyze blood, do cardiology monitoring and even remotely check our breathing while we sleep.”


We are in the midst of a massive wave of innovation and disruption across the health care sector that has the potential to drive new opportunity for companies, reduce overall medical costs and, most importantly, improve outcomes for patients. “There’s never been a more exciting time in health care, says Wolf, a manager for The New Economy Fund®. “The last time we were close was about 20 years ago when the human genome was first sequenced. That was an important first step. Today we are seeing major advances that have resulted from that first step.”


The COVID-19 pandemic and race to develop a vaccine highlights the important role drugs can play in improving people’s health and longevity, but the wave of innovation reaches far beyond the pharmaceutical and biotech industries. Not only are we hearing news of new drug therapies seemingly every day, but leaps in research tools, diagnostics and remote patient monitoring are converging to change the face of health care.


Wolf and equity portfolio manager Cheryl Frank recently sat down to share their perspective on the health care trends they expect to transform the investing landscape over the next 10 years.


Beam me up, genome


When the human genome was first sequenced about two decades ago, it took a team of researchers nearly eight years at a cost of more than $100 million. Today, a human genome can be sequenced in a matter of days for about $1,000. Subsequent breakthroughs in DNA analysis have led to a new era in the medicine. ”Today we can compare the map of the human genome to mutations that exist as a function of cancer,” Wolf says. “We can then identify specific mutations in the cancer and match therapies to them. We can do a much better job of treating patients as a function of understanding that code.”


Indeed, genomics research and therapies derived from genetic testing have the potential to extend lives and generate billions of dollars in revenue for the companies that develop them. U.S. drugmaker Merck, the maker of blockbuster immunotherapy treatment Keytruda, biopharma companies like Gilead Sciences and others have invested millions of dollars to develop gene-based treatments for various cancers, including bladder cancer and melanoma.


Vastly reduced costs and scientific developments have contributed to phenomenal growth in medical science research and development (R&D). “We're in a renaissance period for R&D, and companies are investing aggressively to find unique ways to battle cancer and other illnesses,” Frank says. “We're seeing unprecedented rates in terms of progression-free survival for many types of cancer.”

A convergence of technological advances across the globe


Drugmakers are not the only companies that can potentially benefit from these advances. A broad range of companies like genetic testing equipment maker Illumina and research and manufacturing company Thermo Fisher Scientific are providing services to a host of drug developers.


Broader advances in technology, like greater connectivity and artificial intelligence, are helping to turbocharge the development of therapies, says Frank, a manager for American Mutual Fund®. “I think many types of cancer will be effectively cured by 2030,” she says. “We're already using sophisticated tools that predict the behavior of molecules and reduce the need to create as many molecules. And I think we'll use data more effectively in the future to identify which patients will most benefit from developed therapies.”


The U.S. remains a world leader in innovation for a number of reasons, but clearly America will not be the only source of pharmaceutical innovation going forward, says Frank, who has covered the health care industry for 18 years.


“I expect to see many global blockbuster drugs from China by 2030. I anticipate they will begin to produce novel drugs for cancer within five to 10 years and sell them at one-tenth the cost in the U.S.,” she says.


Galactic leaps in diagnostics can lead to early detection


Breakthroughs in diagnostics are helping to lead to earlier detection of illnesses, which can help make drugs more effective — or in some cases prevent disease before it ever happens. “One of the most exciting things in health care today is something known as liquid biopsy, whereby a sample of your blood can be used to identify a tumor at the very earliest stages,” notes Wolf.


A patient could visit their physician for a yearly checkup, have blood work done and find out whether they have any cancer. “Early detection is key to curing cancer,” he adds.


A broad range of traditional tech and medtech companies have been working to develop home diagnostics for some time. “In the last five years we've seen a big move among great tech minds combining their expertise with great health care minds, and this is very important,” Wolf says. We are still in the early stages of the development of cost-efficient devices that can collect all kinds of health-related metrics that can not only help coach us to improve our own health, but can also be sent immediately to your doctor.”


COVID shines a spotlight on telemedicine


Telemedicine, or patient-doctor consultations online rather than in person, has been available for some time, but until early this year its adoption rate had been quite low, but that changed when the COVID-19 pandemic struck. What’s more, regulators and health care providers relaxed their rules to allow more digitalization.


Today, many consumers have had their first telehealth experience. Frank believes this is a trend that is likely to endure. “I believe the combination of telehealth, at-home diagnostics and medicine delivery will enable almost everything to become treatable from home,” Frank says. “Personal devices will use this data to help us improve our health.”


As an example, Frank cites a colleague who became pregnant during the pandemic. She ordered a Doppler machine, measuring tape and a blood pressure cuff on the internet and had several prenatal appointments online.


Patients are taking the driver’s seat


Perhaps the biggest change will be patients taking greater control of their health care thanks to the combination of technologies, Wolf says. Health care costs have been soaring for years and are projected to rise. But the rise in telehealth and vast improvements in the quality of information available to patients could drive a shift in the nature of care.


“We are near a tipping point in health care expenses as a function of GDP, but I think something has changed in a big way for not only the delivery of care but the bending of the cost curve,” Wolf says.


Price discovery in the health care field has been poor. “If you ask the average person what they paid for their TV or car, they can tell you within a few dollars, but not so with their recent medical treatments,“ Wolf says. Today, a company like GoodRx can notify a patient if a drug is cheaper across town than at the local drugstore. “The fact that patients are becoming much more engaged in health care is driving an incredible paradigm shift in the way health care is consumed and delivered.”


Not all innovators make great investments


To be sure, not all innovators turn out to be great investments. The good news/bad news is that innovators come in all shapes and sizes. Both small, nimble companies and health care giants have the potential to be winners in the next generation of health care delivery. But there will also be some spectacular failures among companies both small and large. While innovation is a key element for the success of companies in such a dynamic field, strong management and strong capital allocation are also important.


Identifying the winners of the next decade will require deep research and the ability to look beyond the near term. “At Capital Group, we have the luxury of focusing on the long term,” Wolf says. “Much of the focus today is on the pandemic and vaccine development. These are very important, but we are also looking over the horizon, trying to determine how health care will be transformed over the next decade and how we can invest in those shifts.”

Investing outside the United States involves risks, such as currency fluctuations, periods of illiquidity and price volatility. These risks may be heightened in connection with investments in developing companies.