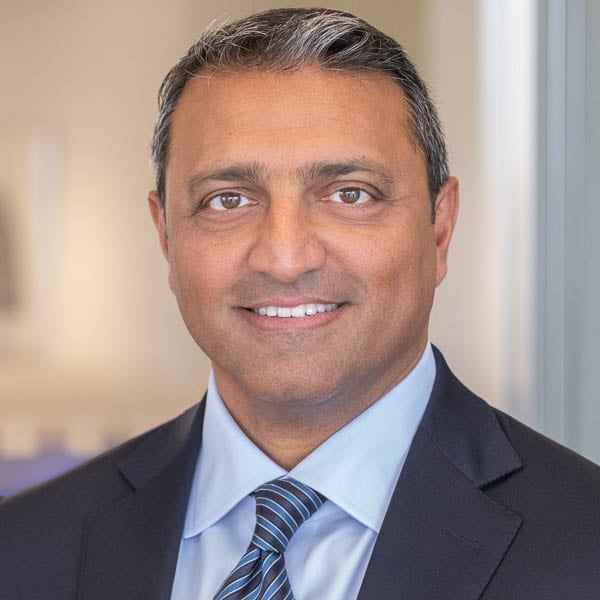 Amid market volatility following the outbreak of the COVID-19 virus, fixed income markets went from famine to feast — experiencing a near total drying up of market liquidity for a few days in mid-March to a record volume of new corporate bond issuance in the last week of March and first week of April. While markets are almost back to normal, there are some nuances across these markets for investors to consider in this current environment. Vik Rao, head of fixed income trading at Capital Group, touches on what he’s seeing across markets.


Tell us what you saw in bond markets for a few days in March?


We saw a near complete drying up of liquidity in fixed income markets as the balance sheets of banks became severely constrained amid a market in which investors were selling assets indiscriminately and a broad swath of corporations drew on their credit lines. This caused dislocations across bond markets. For instance, for a few days short-dated T-bills traded at negative yields, and transaction costs (bid-ask spreads) for U.S. Treasury notes and bonds (collectively, USTs) were measured in points rather than fractions of basis points. Long-duration investment-grade corporate bonds fell 30% to 40% in market value in two to three days — something we’ve never seen before.


And then the Federal Reserve brought in the cavalry, so to speak, pumping hundreds of billions into the markets in a few days and over the next week, and also announcing a spate of measures that add up to the broadest Fed buying program we have ever seen (see timeline below). As the Fed bought securities that were tying up bank balance sheets, it freed them up to start fully participating in making markets and providing the liquidity so desperately needed by market participants.


How long do you expect the Fed to stay engaged?


These are emergency facilities, but they should be in place for as long as they're needed. That’s what they’ve indicated in the multiple conversations I’ve had with the New York Fed and other regulators. Policymakers are aware that the devastating economic impact of the virus is not a normal cyclical event. This has been brought about by a government policy of social distancing and lockdown to prevent a widespread catastrophe. As a result, policymakers feel fully justified in implementing aggressive, unprecedented and extraordinary policy. You can see that in the scope of the quantitative easing measures alone. It’s the first time that the Fed will be buying corporate bonds, fallen angels (bonds that have lost their investment-grade rating) or municipal bonds.


Just to revisit basics for a minute, what sorts of things tie up bank balance sheets?


It can be anything from unfunded margin calls on derivative transactions or prime brokerage accounts, increased inventory levels of bonds, credit lines that have been drawn down by corporations and hard assets. In this recent episode, it was really bond inventories and derivative receivables. That’s why the Fed bought USTs and mortgage-backed securities — those were the highest notional balances on dealers’ books. It took a couple of days, but it eventually cleared up the markets.


The new issue market opened in a flood all right, pretty much right after the Fed unleashed its huge buying program on March 23. That started to alleviate bank balance sheets, allowing banks to start providing liquidity to the market, and that stopped the tide of indiscriminate selling of assets. Stabilization of spreads had corporations realizing they could tap the new issue market, and so they stopped drawing on their credit lines, further alleviating pressure on the banks that provide these credit lines and allowing them to provide liquidity to the markets. A vicious cycle had turned into a virtuous one (relatively speaking). Given how much Treasury yields had collapsed, even though credit spreads had widened, it provided corporations the ability to lock in medium- and long-term funding at attractive rates. As a result, the last week of March and the first week of April saw a record amount of corporate bond issuance of approximately $220 billion. About 70 of the top 100 investment-grade corporate bond issuers tapped the market. It was remarkable how much issuance was done given the volatility and uncertainty which reigned just a few days prior to that.


What activity did you see in the high-yield market?


High yield was different. It was very spotty. Some double-B issuers were able to tap the market, but the huge amount of new issuance was primarily an investment-grade market phenomenon.


And what sort of market participation have you seen?


We saw very wide market participation, not just from traditional fixed income investors, but from new and different investors. In fact, from my conversations with a few broker-dealers, they were each onboarding 30 to 40 new participants — there was so much interest from nontraditional buyers to participate in the market given how attractive prices and spreads were for a short period. These are investors like hedge funds, private equity funds and distressed debt funds, some of whom were investing in the public debt markets for the first time.


For those few days when corporate bond prices were very attractive due to the broader market stress, we were very active. We participated as top-tier investors in most major new issues where we had an interest. We bought about $7 billion in investment grade bonds in a little over three days and I’d say it’s the largest volume we’ve ever traded in such a short period of time. Then, as spreads ground tighter, we selectively sold bonds, as we felt optimism was running a little ahead of fundamentals. As a result, across several portfolios, we went from very conservatively positioned to neutral to, in some cases, slightly conservative again. We were very active on both sides.


Given that we are operating in a quarantine environment, was all of this trading done while working from home?


Yes, all working from home. Due to the earthquakes that are frequent in California, we have long been prepared for disaster recovery situations. We have off-site locations but a few months ago, Peter Stutsman (head of equity trading) and I decided to also start preparing to trade from home. At the end of January, as we saw the impact of COVID-19 in Asia, every single day we had at least one person from each trading desk, including corporates, mortgages, Treasuries, asset-backed securities — work from home. Then we got the work-from-home directive in February and, thanks to our IT folks, the transition was almost seamless.


Have bond markets returned to normal?


Yes, for the most part. There are still pockets of illiquidity, but I would say we are back to where data matters, economic information matters. There were about two to three weeks there where data did not matter at all. The market’s plumbing had gotten clogged and there was forced selling everywhere, with not enough buyers able to meet it. Today, bank balance sheets are in much better shape, so we are seeing better market-making, and investors around the world can participate on both sides of the market — there is more balance now.


Let’s do a bit of round-the-horn. What are you seeing in rates markets?


In rates markets, liquidity returned quickly. With banks back in action, it has greatly improved price action in government bonds and has allowed depth to return to futures markets. However, interest rate swaps markets are not quite back to normal as the market calibrates the impact of various policies on swap spreads. Ironically, the Federal Reserve’s massive outright purchases of securities has added some intra-day volatility as the buyback operations end up taking a lot of duration out of the market. The dealer community’s shift to the new work-from-home environment has had an impact as well. It’s a little more challenging to provide the immediate liquidity typical of rates markets from dealers’ “virtual” trading rooms.


What about the structured markets, mortgage and asset-backed securities?


Agency mortgage-backed bonds snapped back almost immediately after the Fed announced and executed aggressive buying. As would be expected, current coupon mortgages have been the best performing in this area. Asset-backed securities, however, have been more varied. Senior tranches and high-investment-grade rated credit card asset-backed securities went from a spread of 20 basis points to a 300 basis points spread and came all the way back to approximately 70 basis points by quarter end. Harder hit areas like aviation and junior unsecured consumer bonds widened out to spreads of 1,000 bps to 2,000 bps and have only partially recovered as of mid-April.


Are major central banks staying engaged on a day-to-day basis?


Yes. The Fed, the European Central Bank and the Bank of England are extraordinarily engaged with the markets. We at Capital, other large asset managers, and major dealers have ongoing conversations with the central banks. The New York Fed calls primary dealers regularly. They are very sensitive to the fact that they need to stay fully engaged until it is evident that the economy has returned to normal.

Vikram (Vik) Rao is head of fixed income trading at Capital Group. He has 28 years of industry experience and has been with Capital Group for three years. He holds an MSc in economics and finance from the London School of Economics and Political Science and a bachelor's degree in economics from Queen's University, Ontario. Vik is based in Los Angeles.