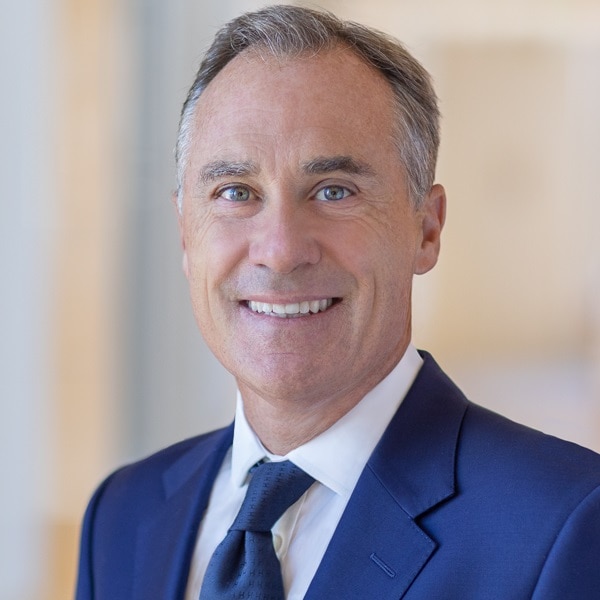 There’s no doubt investors have been frustrated in recent years with the persistent lagging returns of international equities. A strong U.S. dollar, the war in Ukraine, weak economies in Europe and Japan, and various troubles in emerging markets have created a cloudy near-term outlook at best.


That said, avoiding international markets would mean ignoring some of the most successful companies in the world, simply because they lie beyond the U.S. border.


Even if you think economies outside the U.S. are headed for more trouble, there are still important reasons to consider investing in international and emerging markets companies. Here are the top five:


1. International investing is about companies, not economies


For many multinational companies headquartered in economically struggling areas, local conditions may have little or no impact on revenues, except when it comes to regulation and taxation, explains Gerald Du Manoir, a portfolio manager with American Funds International Vantage Fund SM.


“In emerging markets,” he adds, “interest in Taiwan Semiconductor Manufacturing Company (TSMC) has a lot to do with global demand for computer chips. Granted, the outlook for some economies doesn’t look too compelling, but I feel confident that we can still find promising companies in Europe, Japan and emerging markets.”

Source: Empirical Research Partners. As of 9/30/22. Analysis provided by Empirical Research Partners using their developed market and emerging market stock universes that approximate the MSCI World Index and MSCI Emerging Markets Index, respectively. Data shows the percentage of market returns that can be attributed to various factors over time, using a two-year smoothed average. Past results are not predictive of results in future periods.

For example: France-based Airbus is on track to deliver 700 commercial aircraft this year, about 200 more than U.S. rival Boeing. In October, France’s LVMH reported a 27% increase in third-quarter revenue, largely driven by U.S. tourists buying luxury handbags and jewelry at a discount as the euro fell against the dollar. Taiwan-based TSMC, the world’s largest chip maker, recently announced a multibillion-dollar expansion of its manufacturing capabilities in Arizona, capitalizing on U.S. government grants aimed at bringing the chip industry back to America.


“These are global companies generating revenue all over the world,” Du Manoir says.


One of the headwinds to investing overseas has been the strong U.S. dollar, which dampens returns based in other currencies when they are converted into dollars. The greenback has soared in recent years due to the relative strength of the U.S. economy, generally higher interest rates in the U.S. and the dollar’s perceived safe-haven status. Dollar strength has accelerated this year as the Federal Reserve has aggressively raised rates in a bid to tame inflation.


These conditions won’t last forever, says Capital Group currencies analyst Jens Søndergaard, who estimates the dollar is overvalued by about 20% compared to a basket of other foreign currencies. While there is no indication yet that the dollar has peaked, all eyes are on the Fed.


“Once the Fed stops raising rates, and perhaps starts cutting again, the stage could be set for a reversal of the dollar dominance we’ve seen over the past decade,” Søndergaard says. “As the global economy picks up steam, procyclical currencies should benefit, and that may also provide a more supportive environment for international equities.”


In the meantime, keep in mind that a strong dollar isn’t always bad for non-U.S. companies. Many European companies earn a substantial portion of their total revenue in dollars. In the health care sector, for example, French drugmaker Sanofi reported that currency effects boosted its sales by nearly 1 billion euros in the first half of 2022.

Sources: Capital Group, FactSet, Refinitiv Datastream. Revenue exposure above reflects the weighted average of the percentage of revenue generated in the United States across each index's respective constituents. Constituent lists are current as of August 23, 2022; company-level revenue exposure is estimated by FactSet and is current as of January 2022.

3. Dividend opportunities are greater outside the U.S.


Nowhere is that sentiment more rooted than in markets outside the U.S., where dividends have historically made up a bigger part of the investment landscape. As of October 31, 2022, about 600 companies headquartered in international and emerging markets offered hefty dividend yields between 3% and 6%, compared to only 121 in the United States.


“With growth slowing, the cost of capital rising and valuations for less profitable tech companies declining, I expect dividends to be a more significant and stable contributor to total returns,” Randall adds. “They may also offer a measure of downside protection when volatility rises.”

Sources: Capital Group, MSCI, RIMES. As of 10/31/22. Company examples represent the three largest companies in each region with yields between 3% and 6%.


As digitally focused, e-commerce and social media companies struggle in the market downturn, investors are refocusing on old economy companies that are necessary to meet the aspirations of the new economy. Many companies in the materials, financials and industrials sectors are based outside the U.S., while technology and health care sectors are more prevalent inside the U.S.


This has been a key driver of the divergence between U.S. and non-U.S. stock returns over the past decade, fueling the dominance of U.S. tech-related companies. While there may yet be more growth to come in that area, it is certainly more mature than a decade ago.

Old economy companies play a larger role in markets outside the U.S.

Investors looking to diversify from the areas that led the last bull market may want to consider going outside the U.S., where valuations tend to be lower and solid research can uncover overlooked or long-neglected gems, says Lisa Thompson, a portfolio manager with New World Fund®.


“I am generally staying away from the cool kids of the last decade and looking for opportunities among the unpopular kids,” she says, noting that Europe, Japan and Latin America are good places to search for them.


“Many U.S. companies benefited greatly from globalization and a low cost of capital,” Thompson explains. “So if those trends are now reversing — and I believe they are — then I think that bodes well for companies in other markets that haven’t benefited as much, or at all, from the prevailing trends of the past decade.”


Over the past 10 years, at a time when U.S. tech stocks were getting all the attention for their high returns, there was one fact many investors overlooked: The top 50 companies with the best annual returns each year were overwhelmingly based outside the United States.


Don’t believe it? Check out the chart.

77% of the top-returning stocks since 2013 were based outside the U.S.

Sources: MSCI, RIMES. 2022 data is year to date as of 10/31/22. Returns in U.S. dollars. Top 50 stocks are the companies with the highest total return in the MSCI ACWI each year. Returns table uses S&P 500 and MSCI ACWI ex USA indexes for U.S. and non-U.S., respectively.

While it’s true that international equities generally have lagged U.S. markets over that same time period, the index-based returns that most investors follow don’t tell the whole story. On a company-by-company basis, the picture is significantly different. If you had decided to ignore European, Asian and other non-U.S. stocks, you would have missed many of the best opportunities.


Looking at the data in this context provides an important reminder of the benefits of maintaining a balanced, well-diversified portfolio and following a flexible investment approach.


It remains to be seen how the current decade will shape up, but it’s possible that one long-term trend will continue: On a company-by-company basis, the best annual returns each year have primarily been generated by stocks found outside the U.S. — supporting the view that the world is a stock picker’s market that often favors borderless investing.


Gerald Du Manoir is an equity portfolio manager with 32 years of industry experience (as of 12/31/21). He holds a degree in international finance from the Institut Superieur de Gaston in Paris, graduating with honors.