What to watch for as the Fed tapers and tightens 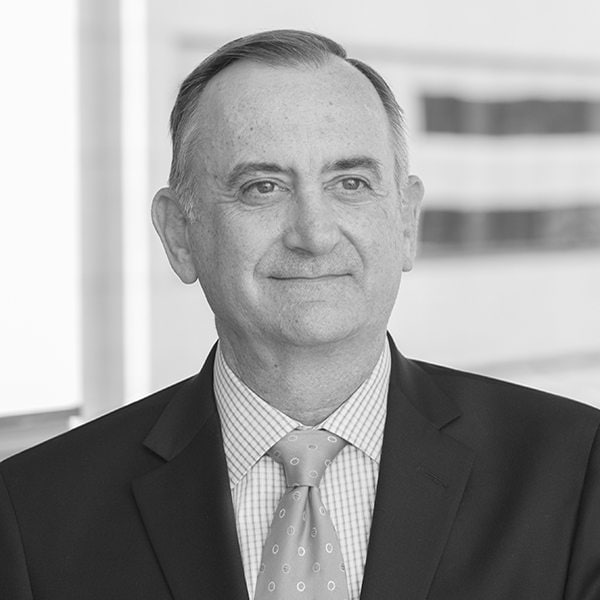 Market watchers have long debated what happens when the Fed finally unwinds the program of quantitative easing it set in motion during the global financial crisis. The time has come — and portfolio manager John Queen discusses what we can expect.

Apu Sikri: You mentioned that it’s the long-term debt that will roll off as [the Fed] unwinds the quantitative easing, right? What happens to the 10-year Treasury yield, which is the marker that everybody watches? It’s hovered 1.6% to 2.25%, sort of in that range. Do you see it in that range?

John Queen: I do think that as they begin to unwind the balance sheet — and do so by not reinvesting in some of these longer term Treasuries as the balance sheet portfolio rolls down — I expect pressure to have rates go higher. So when we look at that range on the 10-year, I think the likely range is moving somewhat up. It’s going to be more of a 2% to 2.5% range maybe for a little while, and into 2018 maybe to a 2.25% to 2.75% kind of range on the 10-year, assuming nothing else major changes. And so I do think that the robustness of the economy will continue to be reasonable, and pressure on rates from the reduction of balance sheet will push those rates a bit higher.

Apu Sikri: How should one think about bond portfolios with this sort of backdrop that you’ve laid out?

John Queen: The answer is the same way you should always think about bond portfolios. The key is that most people buy bonds or bond funds to play a specific role in a broader asset allocation, and that is largely to be a hedge against equity volatility. When equities get very volatile, bonds typically perform better and provide a nice balance to the overall portfolio. High-quality bond portfolios that are made up of Treasuries, agencies, mortgages, high-quality corporates, those will tend to perform quite well, typically, in times when equities are performing poorly. And so as I look at the bond market right now, there’s nothing in there that would change that fundamental relationship in a person’s portfolio between owning their bond funds and their equity funds. It certainly still plays that role.

The fact is, if rates move a little bit higher — and do so somewhat gradually — it really isn’t that bad for bond returns themselves. You’re able to reinvest at continually higher rates, so even as principle value on an individual bond may go down a bit, a relatively stable market and the ability to reinvest at these higher rates means that your returns in the bond portfolio and your yields from bonds will be similar — and maybe even go up over time — and they’ll still play that stabilizing role in a broader portfolio.

Apu Sikri: With rates being where they are and banks paying what they pay for savings rates, we sometimes make the case to our clients and investors that you’re better off parking your money in a short-term bond fund. In the spectrum of an investor’s investments, what role should a short-term bond fund play?

John Queen: Well, I think you laid it out quite well, right? As we talk about what bond funds do in a broader asset allocation, if you’re looking to hedge equity volatility, you want a fund that has more duration, more interest rate risk, because that’s going to benefit you when there’s more volatility. On the other hand, why you might use a short-term bond fund is [as] a place to put money where you think you might need it over the next year or two. You need to know that it’s not going to have even a modest volatility over the next couple of years. And so looking at a high-quality short-term bond fund like Short-Term Bond Fund of America — where we’re really focused on the highest credit ratings, on maintaining a low volatility in that portfolio, and then, with that, trying to get some extra yield — that can play that role.

So a little more volatility than a money market fund, obviously — or putting it in a bank where there’s none — but very low volatility and getting some extra yield for that, it allows people to have sort of that cash-plus component of the portfolio, earn something for them beyond what they could get in a bank or in cash.

John Queen is a fixed income portfolio manager with 29 years of investment experience. He holds a bachelor's degree in industrial management from Purdue and attended the U.S. Military Academy at West Point, where he majored in mechanical engineering. He is a CFA charterholder.