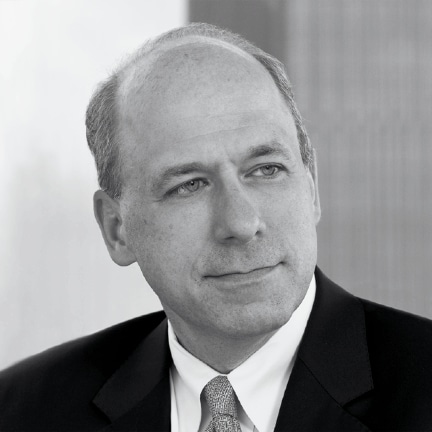 U.S. small-cap stocks have had eye-catching results so far in 2018. Portfolio manager/investment analyst Greg Wendt discusses the contributing factors, as well as the challenge of finding opportunities in a period of high valuations.

Michael Utley: U.S. small-cap stocks have delivered impressive returns in aggregate so far this year, up more than 8%. What do you think is driving this current, broad-based rally in small-cap stocks?

Greg Wendt: The rally in small-cap stocks here in the U.S., in my mind, is pretty clearly driven by the fact that these stocks are more insulated from the trade wars we're beginning to see out there. They're much more focused on the domestic market. Small-company stocks, by the way, have been, on average, higher tax payers than larger cap stocks. So, they get a bigger kick from the tax cut.

An important thing to understand is small-cap stocks around the world have different cycles and different drivers, which sort of explains why — at least as I've focused on investing in small-cap stocks — I tend to pick them one stock at a time and not focus too much on the macro.

Michael Utley: How sustainable do you think this rally is going forward?

Greg Wendt: The real simple answer is, I don't know. And I've never known. Obviously, people are feeling pretty good about the market, and that worries me. But sustainability of an up trend in the short term is something I never talk about. I think 10 years from now, the U.S. economy — and the world economy — is bigger, and the average company is more profitable.

Michael Utley: You mentioned the U.S. economy. A lot of talk about small caps being correlated to the U.S. economy — when it's doing well, they do well. Is there truth to that?

Greg Wendt: Yeah. Small-company stocks, by virtue of being more focused on the domestic market, trade more in line with economic cycles. But again, what's an economic cycle here may not be an economic cycle in Europe. Right now, the U.S. is the engine leading the world. Stocks here have gotten more and more expensive, and I will tell you I am delighted we're a global fund, SMALLCAP World Fund®, so that we can look in parts of the world where things are not so stretched.

Michael Utley: Right. Valuations, obviously, are fairly high right now on a historical basis. Is that a concern, or are you just finding pockets of opportunity where the valuations are more attractive?

Greg Wendt: I've done this for over 30 years. I've never not owned a stock. There's always something in the market that's overlooked or undervalued. But I think it's very fair to say, as you look at the U.S. market, there's lots of stocks that are stretched — more in big-cap than small-cap. And so, yesterday was our weekly Tuesday SMALLCAP call. We were talking about different stocks: domestic, overseas. We ran out of time in discussing ideas.

Greg Wendt: So, here we are at close to an all-time peak in the market, and our analysts are finding as many ideas as we can put into a meeting.

Michael Utley: Right. Big increase in IPO activity in this sector. I think it's the fastest pace since 2014 or so. What do you think's behind that trend?

Greg Wendt: First of all, there was a period where the market just was not letting companies come public. The door is open, and a lot of people are racing through the door. But I actually think it's reasonably healthy. We've been in a period where the number of stocks — listed companies in the United States — is declining. IPOs are a vital way to help refill the pond. If you're Capital, you want lots of companies out there, because we have lots of analysts.

Greg Wendt: I think it's as simple as, we've had sort of a pent-up demand to go public. We're seeing the results of that, and I've got to tell you, the quality of companies coming public thus far in the cycle is still reasonably good. We're not at the point where they're taking sort of the weaklings public. So, right here, right now, I think the IPO cycle is a positive.

Greg Wendt is an equity portfolio manager with 31 years of. He also covers U.S. casinos and gaming, leisure facilities, restaurants, merchandising and small-cap companies as an investment analyst. He holds an MBA from Harvard and a bachelor's from the University of Chicago.