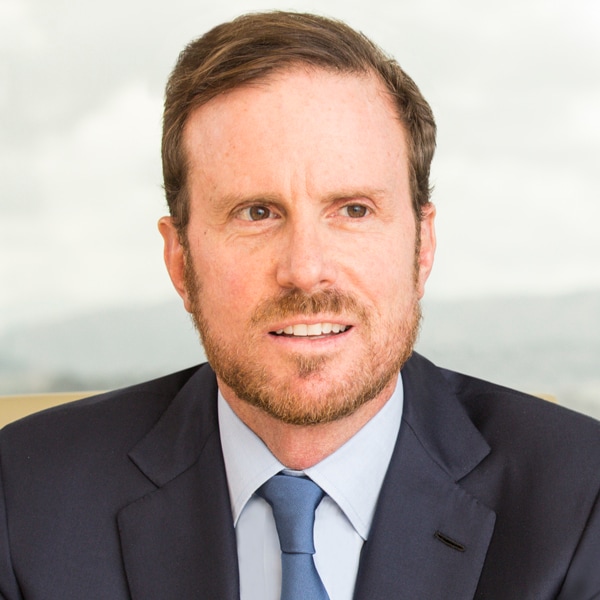 Artificial intelligence and machine learning, robotics and global telecom figure prominently among the themes Carl Kawaja is considering for the portfolios he manages today.

Matt Miller: What investment themes are you thinking about these days? Are there some big trends or themes that you organize your own investment thinking around, or does it not work that way?

Carl Kawaja: It’s a bit of a mix. I've spent some time trying to learn about artificial intelligence and machine learning, and the ways that it can improve the functionality of certain companies, and I guess trying to open my mind up to thinking about how transformative it can be. And it impacts our business as well, because artificial intelligence and computer technology's getting so powerful that they will quickly do what's called factor analysis, where they will screen 10,000 stocks every minute to see which one is most lowly valued on a combination of return on investment capital, price-to-book value, compound sales growth over the last 10 years, various metrics.

When I started in the business 30 years ago or something like that, we were building spreadsheets and doing screens like that ourselves, and if you did it, it was considered to be adding quite a bit of value. And now that's a trivial thing that a machine can do. I think that will also improve functionality for ordinary, everyday products. So, that's something I've thought about.

Robotics is another area that I've tried to spend some time thinking about. My son has a mock investment portfolio, because I've tried to teach him about investing. He started it when he was around 7 years old.

Carl Kawaja: And now he's 14. And he had the thought — when he was 7 years old, he said, "Dad, I want to buy companies that make robots."

Carl Kawaja: "Because I think robots are the future," and so on. And it seemed like a cute idea, you know, when he was 7 years old. But now it feels like an increasingly relevant idea, and perhaps I should have him manage my portfolios as well, it's occurred to me. So that's another thing I think about.

And I generally find that the extent to which knowledge and information is dispersed around the world increases inexorably. So if you have a good idea in America, maybe it used to take two years to get to India, and now it takes six months. And at some point it's going to take 15 days, and then it'll take a day and a half. And I think that positions us well as a firm, because I feel that we are as global — or more global in terms of our research approach — as any other firm in the world.

And we have spent a lot of time internally trying to harmonize our processes so that we work together globally, and an example of one of those insights might be Reliance Industries, which is a company in India. They are primarily a refining and petrochemical company, but several years ago they decided to invest very heavily in a telecommunications network called Jio, J-I-O. And Jio now carries more data traffic than all of the U.S. carriers combined. Voice is free, and they charge you for data, and they offer you one gigabyte a day of data, and the price is about $7 a month. So I'd say the functionality of that plan is three to five times what you get in a U.S. plan, and the cost is about a fifth to a tenth of a U.S. plan.

Carl Kawaja: That's a very robust thing. Now, some people are a bit negative on this company Jio. We've done a lot of work, and we've compared them to European carriers and U.S. carriers, and their equipment to companies in other countries. But some people are a little bit skeptical, and they say, "You know what? People aren't going to consume that much data. Who wants that much data? People will just use another plan that's just voice and not data." But we have the global experience of having seen this happen in China, having seen this happen in the U.S., knowing Apple, knowing Qualcomm, knowing Avago.

Carl Kawaja: And having seen this movie 50 times before, demand for data is almost insatiable. And people will watch TV on their phone; they will do Facebook and Twitter and Google and YouTube and Instagram and Snapchat and a zillion other things on their phone.

So, going back to my first theme, the world is more global; trends spread more quickly. And I feel that we are at the nexus of being able to take advantage of that. And Reliance is an example of that, but I feel like I could cite many others.