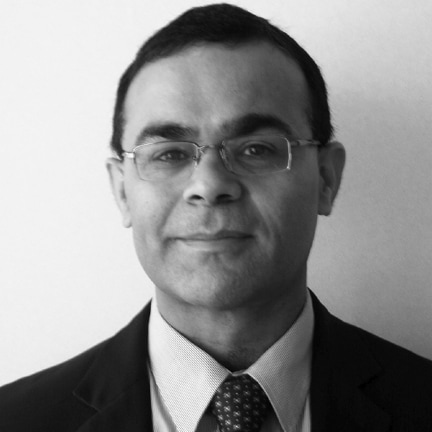 But the long-run success of these mega-companies is likely to vary. Consolidation delivers economies of scale but can make it harder to react nimbly to new competition or shifts in technology. Merged companies also may find themselves in the crosshairs of regulators concerned about concentrated market power.

This year is on track to be an unprecedented fourth consecutive year with more than $2 trillion in proposed M&A transactions. There have been more than two dozen deals valued at more than $10 billion each this year, most notably megadeals between Disney and 21st Century Fox, CVS and Aetna, and AT&T and Time Warner. 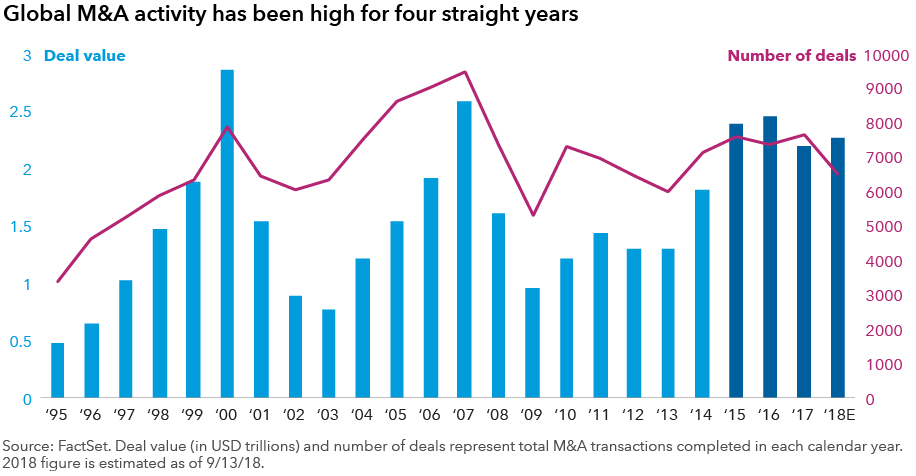 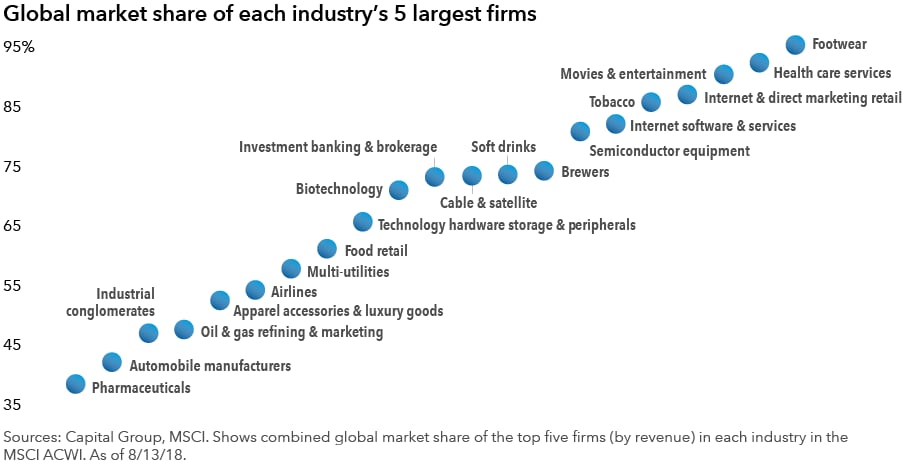 Of course, the largest companies also make the smallest chips. The dominance of Intel, Taiwan Semiconductor and Samsung Electronics has allowed these companies to invest in massive research and development programs essential to keeping up with technological advances. Consolidation also has mitigated the boom-and-bust cycles that hurt the industry in prior decades. 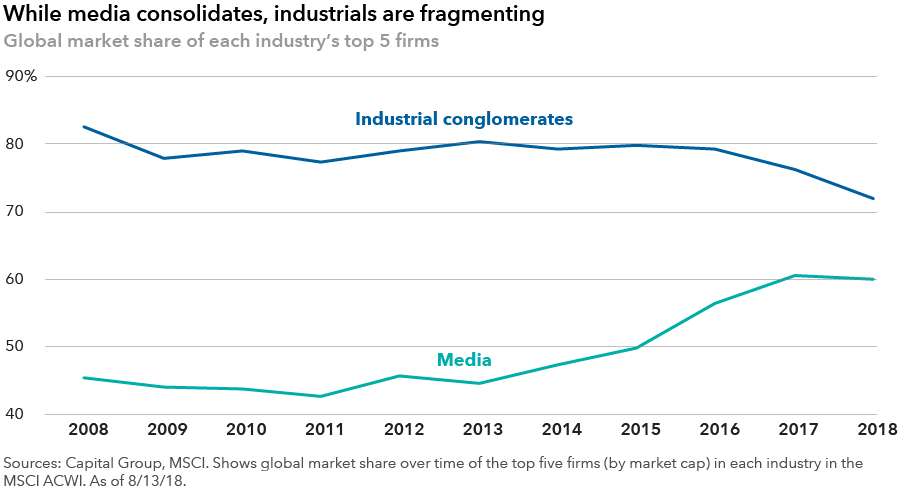 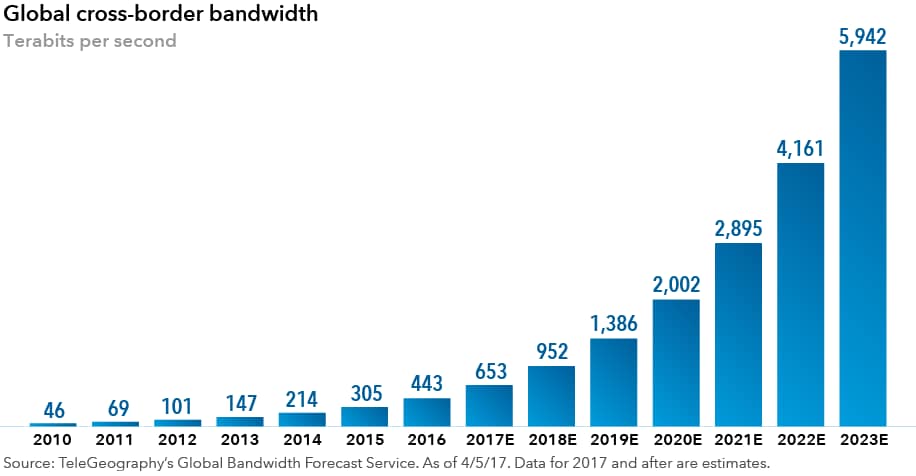 
Brad Freer is an equity portfolio manager with 27 years of experience. Earlier in his career, he was an equity investment analyst covering multiple sectors as a generalist in both Australia and India. He holds a bachelor’s degree in international relations from Connecticut College, as well as the Chartered Financial Analyst® designation.

Martin Jacobs covers U.S. industrials, machinery and electrical equipment companies as an equity investment analyst at Capital Group. He holds an MBA from Wharton and a bachelor's from the University of Southern California.