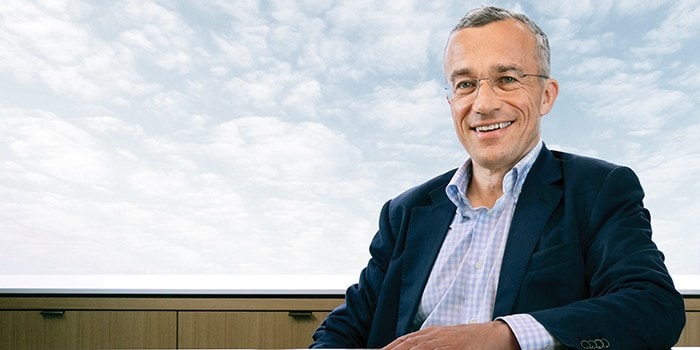 What impact will Britain’s decision to pull out of the European Union have on the global economy and financial markets?

There is huge uncertainty about the timing and nature of the U.K.’s departure from the EU, including who will be elected prime minister and who will ultimately preside over this process. It will take years for all of this to occur and for the full effects to be known. In the short term, it seems likely that the British economy will weaken as some businesses delay making investments while others relocate at least part of their operations to other countries. The significant drop in the British pound will benefit U.K. exporters, whose goods have effectively become cheaper around the world. However, British consumers will encounter increased costs on imports and potentially higher inflation.

More broadly, I am concerned by the fact that the referendum seems to be a vote against globalization and the free movement of goods, people and capital across borders. In fact, it’s a vote against much of the political establishment of the postwar world. This thinking was exposed by the referendum in the U.K., but it’s prevalent in much of the rest of Europe and even in the U.S.

Has the Brexit vote prompted you to make any changes to the portion of client portfolios that you manage?

No. I invest based on the fundamental outlook for individual companies rather than on specific economic or geopolitical developments. I have a long-term perspective and don’t try to guess whether the economy is going one way or the other in the near term. I look for excellent companies with strong and sustainable franchises. Beyond that, many U.K.-based companies are global in nature and don’t rely on the British economy. Well-managed businesses continue to find opportunities around the world.

What is your overall view of the world economy?

I think we’re definitely in a low-growth environment, but I feel there are good prospects for the outlook to improve, particularly outside the U.S. where things have been less good. The U.S. is clearly further along in its recovery. Europe has a lot of potential and there had recently been improvement in some economies there. Of course, the uncertainty over Brexit clouds that outlook somewhat, but I believe the long-term prospects are promising.

Regardless of the condition of the global economy, are there industries and sectors of the market where you are finding compelling values?
I think the aerospace sector is still very attractive. There are high barriers to entry and the sector can benefit from the rising travels of the Asian middle class. I am particularly optimistic about the outlook for aircraft components makers. They benefit from the fact that airlines don’t buy the cheapest engines available for their planes. They strive for quality and efficiency. This gives components makers pricing power and supports their profit margins. They also generate recurring revenue. Just like a car dealer that services the vehicles it sells, these companies derive ongoing revenue from maintaining the equipment they sell.

What other areas interest you?

Given concerns about pollution and the environment, there is a growing need for clean energy. This is particularly pronounced in China. The country is running out of landfill sites, so it has to come up with alternative ways to dispose of trash. One of those methods is to convert waste to energy. The need to dispose of waste in an efficient and cost-effective manner will become more important as urbanization continues.

You are also a believer in technology and the so-called Internet of Things.

I am very optimistic about automation trends around the world. Companies are eager to replace high-cost labor with more automation. There are several companies based in Japan that produce robots, sensors and other components of the automation process. Part of this trend involves machines communicating with other machines. For example, an automaker might want to track the performance of its cars. If an accident occurs, the company can digitally diagnose what happened to assess the need for safety improvements. Demand for this sort of technology should grow with the push toward driverless cars.

Philip Winston is a global equity portfolio manager for Capital Group Private Client Services, based in London. In this interview, he discusses the potential implications of Brexit and touches on some of the areas where he is finding compelling value.