This will probably offer little solace to anyone who regularly sits in bumper-to-bumper traffic: Americans are driving more than ever, congestion keeps getting worse and federal highway spending has failed to mitigate the snarl. Los Angeles, where I live, has a reputation as the capital of gridlock. But bottlenecks afflict much of the country these days, and roadway infrastructure needs can be particularly acute in regions with booming population growth.

State and local governments have taken many steps to ease the logjams, one of the most visible being toll roads. This universe ranges from decades-old highways dotted with tollbooths to new routes that bypass neighborhood streets in developing areas. The toll sector also includes managed lanes, which are designated pay lanes on roadways that are otherwise free. Toll roads make up a relatively small portion of the nation’s highway system, but they are an important funding source given the perpetual strain on state budgets and the diminishing impact of the federal gas tax, which hasn’t been raised in a quarter-century.

Toll roads offer motorists a trade-off between time savings and cost. The roads that are most appealing to drivers — those with low costs relative to perceived benefits — can be attractive from an investment standpoint. Most facilities are publicly owned and operated in the 29 states where they exist, although it’s common for municipalities to form partnerships with private entities that can design, build, operate and maintain the systems on their behalf. The municipal bonds that fund roadway construction and maintenance tend to be tax-exempt with investment-grade ratings that can offer attractive yields. Their financial strength has been fortified in recent years as the improving economy has allowed many issuers to reduce leverage and boost liquidity.

Toll roads tend to be fairly straightforward businesses, with most revenue coming from the change that drivers toss into tollbooth baskets — or, more common nowadays, the dollars that are automatically deducted from their E-ZPass accounts. However, careful analysis and selectivity are essential because small details can make the difference between an economically sound project and a troubled one.

A project’s financial viability depends on toll revenue that is sufficient to cover operating costs and debt service. Thus, it’s important to analyze whether toll prices can be raised if need be, and by how much. It’s also critical to assess whether a toll road is essential to a local area. Does it fill a specific need where commuters must travel between two points? Or is a municipality pursuing a road project in hopes of sparking future development? Needless to say, the build-it-and-they-will-come model has far more question marks.

By their nature, new projects are often inherently riskier than existing roads with well-documented traffic patterns. Many are known for sporting overly optimistic revenue projections, in part because the traffic consultants making the estimates seek to curry favor with municipalities that give them repeat business. For start-up projects, I find it helpful to visit the sites, drive the roads and tour adjacent neighborhoods. This provides a firsthand look at traffic patterns, the viability of alternate routes and economic vibrancy, such as whether housing developments are sprouting nearby or national retailers are moving in.

It’s equally important to understand the investor protections built into securities offerings. A well-funded toll road, for example, can be a tempting target for a cash-strapped local or state government looking to pay for unrelated programs. A bond’s credit rating can be dented if a government entity places excessive leverage on a toll system or transfers large sums away from it to finance other projects. These transfers can occur at inopportune times, such as during recessions, when toll road usage tends to decline. Not only do cost-conscious drivers look to save money during these periods, but slower economic activity and reduced employment mean there are fewer cars on the regular roadways and less incentive for drivers to use toll roads.

I prefer “closed-lien” indentures that prohibit other government entities from dipping into toll revenue. I also look for toll authorities with wide leeway to set toll rates on their own, as this avoids the bureaucratic and political impediments that come with the need to seek approval from state or local overseers.

In recent years, there’s been a growing trend toward managed lanes set aside for drivers willing to pay a toll. Managed lanes often seek to limit traffic flow to guarantee minimum speeds. I am generally cautious about these because they haven’t been in existence long enough to have a proven financial history, especially during periods of economic weakness.

One of the unknowns surrounding toll roads is the potential impact of the Trump administration’s infrastructure plans. The current proposal envisions $200 billion in federal spending combined with several times that amount in financing from the private sector or state and local governments. I believe it’s unlikely that a major federal infrastructure plan will pass in the near term. However, I will follow developments closely because of their potential impact on the municipal market. Specifically, provisions to allow an expansion of tolls on national highways, to widen the use of private activity bonds and to increase the amount of federally subsidized loans available for infrastructure projects could affect municipal supply. 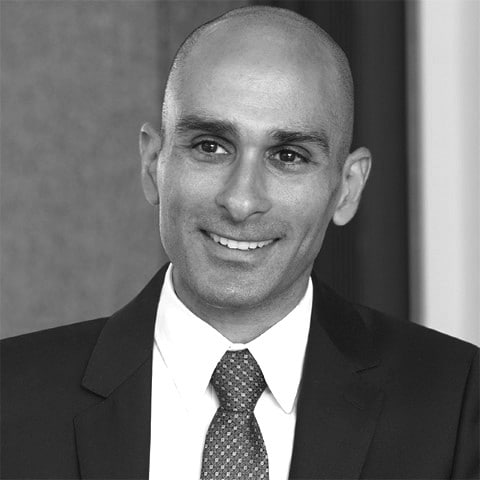 Vikas Malhotra is a fixed-income analyst who covers toll roads. Based in Los Angeles, he has seven years of investment industry experience and has been with Capital Group since 2016.