What basic feature do cable companies, cell service providers and newspapers have in common? It’s probably not hard to guess that they’re all subscription-based. How about providers of enterprise software, cloud computing, discount retail and even financial data? Perhaps surprisingly, the answer’s the same. Despite being in divergent industries, they all rely on subscriptions as either an elemental source of revenue or a potentially fast-growing component of it.

For decades, subscriptions have been used by a handful of industries with regularly recurring sales. But like an aging factory reimagined for a new era, the subscription paradigm is getting a modern-day makeover as a growing number of both consumers and industries embrace it. Consumers appreciate the convenience — no more trudging to rent a DVD when they can stream a video — while businesses prize such advantages as predictable sales.

By their very nature, subscriptions are “sticky.” That is, they typically renew automatically every month unless a customer actively dumps the service. And even if canceling requires only minimal time and energy, it can create a potent inertia. It’s easier, after all, for users to justify a small charge on a credit card for a service they may use next week or next month. The result for companies: highly dependable revenue streams and better visibility when making projections. The model also decreases the risk of customers picking and choosing product upgrades — for example, skipping minor tweaks while awaiting major product-cycle changeovers.

Of course, cancellations are an unavoidable part of the subscription business model and customers can be fickle. And given past criticism of Byzantine cancellation policies, companies have been forced to simplify the process of dropping their services. Nevertheless, one study estimates that the subscription e-commerce market has ballooned more than 100% annually over the past five years. In terms of earnings quality and predictability, the subscription model is very compelling and I believe the outlook is promising for well-run businesses.

Subscriptions are becoming a fixture in modern life.

Several factors are driving the rise of subscriptions, including shifting demographics and evolving consumer tastes. Aside from the convenience, consumers like the immediate access, low prices and automatic replenishment, with shaving products or face creams reliably showing up on their doorsteps every month.

Such lures are behind the growth of better-known services such as Amazon Prime, Netflix, Spotify and Dollar Shave Club. Amazon Prime, for example, has more than 100 million members globally; Netflix tops 130 million. Other popular offerings include food delivery and memberships in discount warehouse clubs. Among younger audiences, video game, cosmetics and clothing services are growing.

Even some airlines and car companies have seized on the concept. Surf Air, a small airline based in Southern California, sells membership packages, including an all-you-can-fly option. Several automakers are experimenting as well. In contrast to traditional lease packages, subscriptions typically cover all aspects of driving, including insurance, maintenance and registration. Some packages even allow motorists to switch among vehicles. The ride-sharing industry has reportedly experimented with subscription options that include a combination of fees and per-ride charges for travel between, for example, a passenger’s home and work.

Subscriptions give businesses a direct line to their customers.

Beyond stickiness, subscription models have other benefits for companies, including the ability to interact directly with consumers. Rather than shipping goods to retail stores that sell to end users, subscription operators can gather customer feedback quickly and efficiently — gauging, say, the reaction to a new feature or offering. Such real-time data helps companies make continual improvements that can boost market share.

Many of today’s subscriptions, including streaming video and financial data, are for electronic rather than physical products. That frees businesses of the uncertainty involved in selling goods. Even the most diligent sales projections can be wrong, stranding businesses with pallets full of unsold items.

Though many subscriptions are centered around consumer products, the model is also growing among business-to-business services. This is particularly true among “software as a service” providers — a broad grouping of companies offering enterprise software, customer relationship software and cloud computing. These businesses typically charge monthly fees based on factors such as the number of users or features offered. Likewise, securities exchanges and financial businesses sell data mining and related services analyzing economic or market patterns. The subscriptions normally entail multiyear contracts and annual price increases.

Of course, there are risks. Acquiring new customers is expensive, and companies are under constant pressure to improve their offerings to maintain market share. Customer churn can be high for some types of businesses. And given the prospects for the subscription model, the valuations of some leading companies are lofty.

Still, I believe the long-run appeal of subscriptions is significant for companies with formidable market share and strong renewal rates. Extremely powerful business models are emerging, and this should be a promising area for long-term investing. 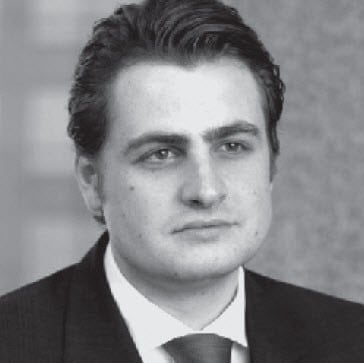 Julien Gaertner is a Capital Group equity analyst covering technology companies, many of which use subscription models. He has been at the firm since 2011.