Robert Shiller Says Human Emotions Are Critical to the Economy

That’s not because we are in the middle of a downturn as severe as the 1930s, but because people’s emotions and the stories they tell each other can move the economy as much as housing starts and manufacturing activity.

Following the global financial crisis, many economists took a hit to their credibility for being blindsided by the worst downturn since the Great Depression. Reviewing that upheaval prompted Shiller to encourage his colleagues to pay as much attention to stories as they do to economic statistics.

Shiller’s new book, Narrative Economics, argues that the study of economics has become myopic and needs to return to a broader view of the way our world works. Economics doesn’t sit in a silo but instead is a combination of psychology, anthropology, history and political science. As he tells Capital Group’s Matt Miller on the Capital Ideas podcast: “These are all fundamentally interrelated.”

Imagine you live in a town that’s home to a large multinational company at which many of your neighbors work. At potluck dinners and chats in the driveway, they begin to express concern about the company’s fortunes and possible layoffs. Even if your business is doing well, the suggestion of hard times ahead could make you think twice about buying a car or splurging on an overseas vacation.

This is how ideas “go viral,” when emotions like fear can influence the decisions people and companies make. Multiply that across a region, state or country, and economic health could suffer.

At such times, Shiller advises economists to take a page from the epidemiologist’s playbook: Target the affected region and investigate the more subjective emotions that motivate people.

“You talk to the people in the plague-infected area … and tell them, ‘Your neighbor, he's really sick. You better get your vaccine. It's still not too late,’” says Shiller, who won the Nobel Prize in economics in 2013 (along with two University of Chicago economists) for his work analyzing asset prices and inefficient markets.

Armed with both data and an understanding of the narrative themes that drive human action, Shiller explains that economists can develop a more complete picture of what’s happening in an economy and potentially provide a clearer forecast for what lies ahead.

There is a lot of media coverage these days about new technologies that automate jobs and displace workers. It’s not a new story. This narrative really took off at the dawn of the industrial age when mechanized weaving machines began replacing textile workers in early 19th century England. That’s when the Luddites, a group of textile workers, fought automation by smashing the equipment that was replacing them — becoming the rootstock of anti-tech movements since then.

“With automation, you picture a factory with almost no employees,” Shiller says. “There are just a few scientists in a control room pushing buttons and [all the work is] done by robots. And then artificial intelligence is where the machines are smarter than you are.”

Whether the Black Mirror-esque laboratory that Shiller describes ever becomes reality isn’t important. The fear that it could happen is enough. “If stories about artificial intelligence break out that are newly dramatic, it could create a serious recession,” he says.

In his book, Progress and Poverty, journalist and political economist Henry George writes about the paradox of increasing inequality amid economic and technological progress, a familiar topic of pundits and academics today. But George wrote the book in 1879, following nearly a decade of crippling economic crises. “He does mention machines replacing people,” Shiller notes. “And then he says we have an obligation to help people who are replaced.”

George essentially wanted to tax the wealthy. Back then, that would be landowners. Today, it might be those who control capital and intellectual property. The tax would fund a “citizen’s dividend” for those who were displaced by technological forces. Sound familiar?

Another old-story-made-new revolves around the current debate over cryptocurrencies. This harkens back to William Jennings Bryan and the bimetallism debates around the turn of the 19th century, Shiller explains. (Bimetallism was the practice that allowed silver, as well as gold, to back paper currency.)

Both movements developed outside the “elite” communities of finance and industry. Overindebted farmers rebelled against a system they saw as stacked against them. In the wake of the financial crisis, where many homeowners found themselves underwater and facing foreclosure, the idea of an alternative currency unbeholden to Wall Street’s whims is appealing.

As market-watchers today keep an eye on data to spot economic headwinds that could foretell a recession, economists and other commentators should heed the example of FDR, whose fireside chats offered calm counsel to an anxious nation. “Those words … did inspire people then, and it marked the turning point from the worst of the Great Depression,” Shiller says. 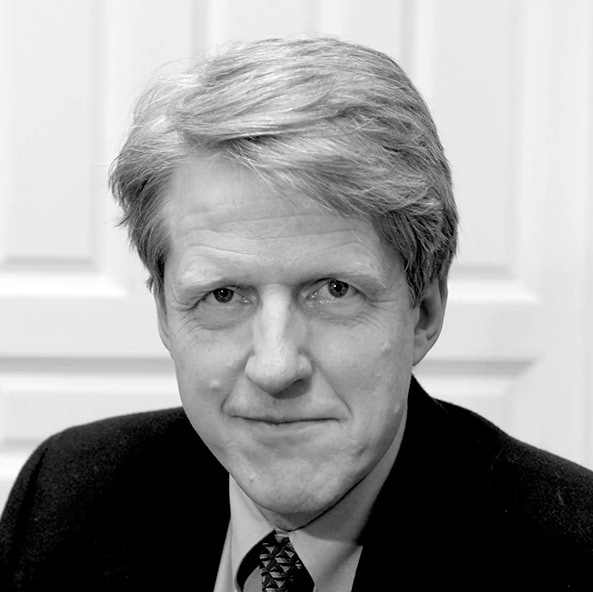 Robert Shiller is an economist, academic and bestselling author. He serves as Sterling Professor of Economics at Yale and is a fellow at the Yale School of Management's International Center for Finance. He received his Ph.D. from MIT and his bachelor's degree from the University of Michigan. He was awarded the Nobel Prize in Economic Sciences jointly with Eugene Fama and Lars Peter Hansen in 2013.