How the Rise of Streaming Video Is Transforming the Entertainment World

There have been many turning points over the years in how the world consumes entertainment. The introduction of TV rescripted American leisure time, and the advent of cable decades later put hundreds of channels within reach. But as groundbreaking as those changes were, it took years for them to catch on widely. Fast-forward to the present day, and it’s clear that one of the most dominant trends in the entertainment business — streaming video — not only is altering the media landscape but doing so at a remarkably swift pace.

In just the past few months, progress in content quality, availability and speed of delivery has broadened the appeal of streaming to such a degree that it may eventually eclipse traditional broadcast and cable TV in key ways. Streaming video is offered over the internet, with generally low prices and no need for cable-style set-top boxes. Not surprisingly, the proliferation of services has prompted many consumers to dump cable. Such cord cutting has, in turn, forced cable and satellite operators to rush out “skinny bundles” with fewer channels and lower fees than conventional monthly packages. These slimmed-down offerings have helped with customer retention but have sparked a wave of “cord shaving” as subscribers opt for lower-priced plans.

It’s unclear how these dynamics will play out over time, but some trends are already emerging. One of the biggest is that media giants, which previously relied solely on cable distribution, are pursuing the once-unthinkable path of selling directly to consumers. Companies of all sorts — content creators, satellite services, non-entertainment businesses and even cable operators — are already in or expected to enter the streaming game. Their individual strategies vary, but the common logic is that long-term success depends on aggressively building market share in the near term.

From an investment perspective, there are risks, but also meaningful opportunities, for many of these businesses. TV and film studios, for example, are seeing increased demand for programming. Cable companies are grappling with cord cutting but benefiting from broadband subscriptions. Behemoths such as Amazon and Google are trying to drive sales of nonmedia products and services. Broadband services and cell phone makers, meanwhile, stand to gain as users stream TV and movies on mobile devices.

Moreover, significant mergers recently have swept through the media world, and more may follow. The emerging crop of entertainment Goliaths view it as essential to control their own content because that’s the only way to ensure that popular shows will run on their platforms. That gives big players, especially those not in the traditional entertainment industry, an incentive to create their own programming by acquiring TV and film producers. My colleagues and I are spending a lot of time analyzing potential winners and losers to determine the most promising investments. The streaming phenomenon touches on a range of portfolio holdings in both the technology and entertainment industries, and it will be important to understand the rapidly shifting dynamics.

Streaming is being propelled by demographics and ease of use.

Streaming services have existed for more than a decade, but they have achieved mainstream attention in the past couple of years. A number of factors have driven this shift, including improved broadband quality, competitors’ desire to emulate the success of Netflix and a backlash against lofty cable prices. Equally important, viewers prize ease of use. The portability of devices, combined with on-demand features, allows consumers to watch programming whenever and wherever they like. This is especially true of millennials, who were reared on YouTube videos and have little allegiance to cable providers.

The popularity of streaming springs in part from a simple fact: while the typical cable package bulges with nearly 200 channels, the average consumer only watches about 15. A milestone in streaming’s evolution came in early 2015 when Dish Network launched Sling TV, a small suite of popular channels offered for a very low monthly fee. Competitors followed, including Sony’s PlayStation Vue, AT&T’s DirecTV Now and Google’s YouTube TV. Content companies such as HBO, Showtime and CBS all have online direct-to-consumer offerings. Though the sheer number of platforms and TV shows is dizzying, the onslaught of streaming options has been a boon for consumers. In effect, viewers can re-create the traditional cable package by stringing together a handful of online services. While monthly cable bills average about $80, subscribing to a fairly well-rounded collection of streaming sites can cost half that amount.

Despite the risks facing streaming services, the long-term outlook is encouraging.

Certainly, there are potential pitfalls for companies in the streaming marketplace. For example, old-fashioned cable packages typically are “sticky,” meaning consumers have to go out of their way to cancel service, including returning the set-top box to the cable operator. Streaming services, by contrast, are much easier to dump after, say, a consumer has binge-watched a handful of favorite shows. As for cable companies, they will continue to be pressured by cord shaving. Even TV studios, which are churning out a record number of shows in the medium’s current “golden age,” could be hurt if the number of programs outpaces the time viewers have to watch them — a dynamic known as “peak TV.”

Still, the ascendance of streaming is likely to persist as leading companies roll out new offerings. For example, Disney plans to launch a pair of streaming services and Apple has earmarked more than $1 billion for original video content. Facebook and Google are also pursuing ambitious plans for programming. There’s no doubt that streaming has become a very competitive business. But companies that match effective distribution with quality programming and name-brand recognition stand to do very well in this new era. 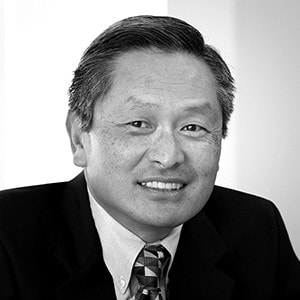 Jim Kang is an equity analyst with research responsibility for advertising, casinos and gaming, newspapers and broadcasting companies. Based in Los Angeles, he has 30 years of investment experience and has been with Capital Group since 1988.

The above article originally appeared in the Fall 2017 issue of Quarterly Insights magazine.