In this interview, she shares her thoughts on the U.S. and international economies. She also examines some of the unfolding trends that could affect the global economy and financial markets in the next few years.

How do you view the recent strength in the U.S. economy and gains in the stock market?

The resilience of the U.S. economy has been impressive and a bit surprising. Employment is strong, wages are rising, and capital expenditures are picking up. GDP may rise 2.5% or more this year, while corporate earnings are on pace to increase nearly 20%. The flip side of the picture is valuations: They’re not excessive given underlying earnings, but they’re not cheap. I’m optimistic about the U.S.-based companies in my portfolios, which have solid balance sheets and good cash flow. But valuation levels make the U.S. market less compelling compared with others around the world.

What are your thoughts on the technology sector, which has surged this year?

I build my portfolios company by company with a focus on their long-run prospects, and a number of tech companies have good business models with significant cash flow generation. I believe tech is going to continue to bring sweeping changes to society and the business world, many of which we can’t envision today. I try to assess how a company is going to be affected by that: Will it be a disrupter or will it be susceptible to disruption? One of the attractive features of tech companies is they’ve acquired a range of smaller companies across different business lines. Leading companies will continue to diversify, which should put them in a position to benefit from innovative trends as they emerge.

Given your caution about the U.S., what is your outlook for overseas economies?

I always try to determine where future growth is going to come from. Despite the weakness this year in non-U.S. markets, I believe more opportunities will come from overseas than from the U.S. Over the next two years, I would expect to own fewer U.S.-domiciled companies in the portfolios I manage than I do now and more from elsewhere.

A market I’ve been investing in a bit more has been Japan. After years of relative stagnation, some hopeful economic signs are emerging. We’re seeing some inflation and wage increases. Companies are starting to talk about being able to pass on cost increases, which is the first time in a while we’ve heard that. The market is pretty attractive from a valuation standpoint, and management teams are more focused on shareholder returns than they’ve been in the past. As for sectors, there’s global demand for automation equipment, and a number of Japanese companies are very competitive. The household and personal care sector is also attractive, with companies that have been growing outside Japan now getting a boost from the domestic market. The trade friction between the U.S. and China has been an overhang on all markets and may provide opportunities to add to high-quality companies in Japan.

The Chinese stock market has fallen this year as the economy has slowed. Is this a cause for concern?

The economy is softening. GDP forecasts are being reduced, and earnings are being revised downward for this year and next. It’s partly due to trade friction, but the consumer sector has been affected by the drop in stock prices and some liquidity issues in the property market. However, I think this is a short-term phenomenon: the long-term consumption profile looks very attractive. China has 400 million millennials, and a portion of this group already have apartments and are mortgage-free. They have a lot of disposable income and, unlike prior generations, they are willing to consume rather than just save.

They’re spending on a range of items, including many that are made by Chinese companies — cosmetics, air conditioners, microwaves. That’s an emerging trend that we’re really focused on. Many domestic companies are moving up the quality scale, and their prices are lower than multinational competitors. Capital Group analysts are seeing some really interesting Chinese companies.

The other big question involving China is the specter of a protracted showdown over trade. Do you envision that happening?

Trade tensions have really been aggravated by Beijing’s Made in China 2025 initiative, which outlines its plan to become a dominant force in key areas such as robotics, automation, artificial intelligence, energy-efficient cars and biotech. It was a big wake-up call for the U.S. China doesn’t want to just be a participant in these industries; it wants to be the global leader. At this point, it’s impossible to predict how this will play out.

The threat of escalating tensions is clearly affecting the Chinese market and others globally. It doesn’t seem to be affecting the U.S. market, probably because of all that’s going right in our economy at the moment. Moving forward, though, this could be very negative for consumers in both countries, as tariffs lead to higher product prices. This will have an economic impact if it continues. Analysts across our firm have been doing a lot of research into how companies we hold would be affected, and portfolio managers will make adjustments as they deem necessary. 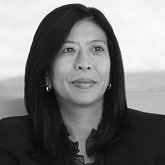 Noriko Chen is a Capital Group equity portfolio manager and a member of the company’s management committee. Noriko has been with Capital Group for 19 years.