Modi’s Big Victory Clears the Path for Reform in India


Fresh from a sweeping electoral victory, Prime Minister Narendra Modi and his BJP party are in position to continue pursuing meaningful pro-business reforms.

India made notable strides in Modi’s first term in areas such as improving the country’s business climate, and his historic re-election makes further reforms likely. Though Modi has yet to realize all of his lofty expectations, investors have acknowledged the progress: Indian stocks have widely outpaced the benchmark emerging markets index in the last five years despite uneven economic growth and oil-price swings that resulted in bouts of volatility.

Following a recent trip I took to India, here are some of my thoughts on the impact of Modi’s reforms, including the potential disruption in India’s retail sector.

What does this election mean for India and its equity markets?

India is on the cusp of major changes, and it’s important to maintain the reform momentum. I commend Modi for what he’s done. He’s ushered in a bankruptcy law that’s forcing banks to recognize bad loans more quickly and a national sales tax that replaced an inefficient web of state taxes.

There’s been some backlash. Modi’s abrupt move to cancel 86% of the country’s currency in November 2016 was deeply unpopular. But he wanted to tackle corruption to improve the long-term health of doing business in India and increase the country’s tax revenue base. 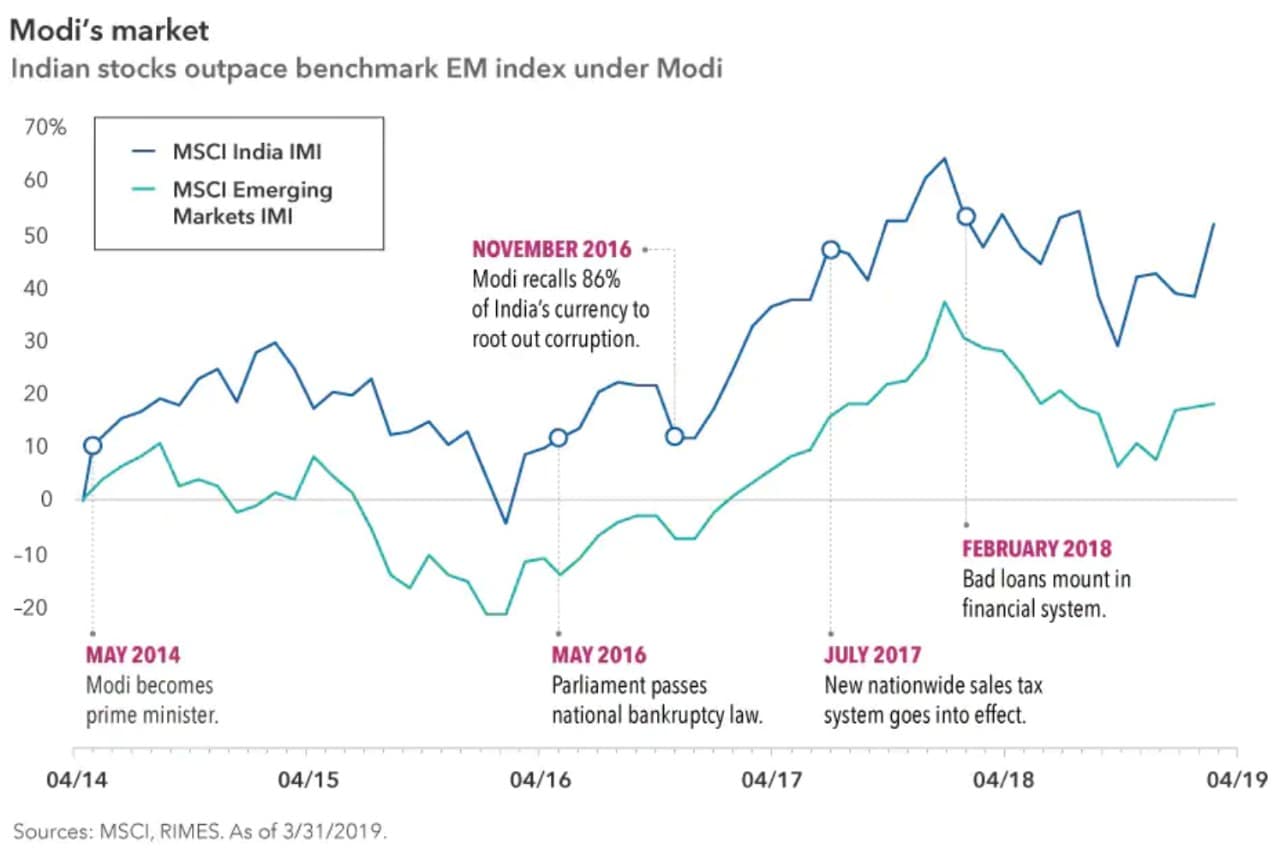 How have I navigated this landscape?

Investing in cyclical companies has been a challenge given economic disruptions and periods of higher oil prices, which have made cement and auto companies less appealing. And many consumer-related stocks are expensive.

Overall, valuations for Indian stocks are demanding. They trade at 18.2 times forward earnings in aggregate, which is pricey compared to a multiple of 11.8 times for the benchmark MSCI Emerging Markets Investable Market Index.

That’s why I’m focused on companies that I believe have specific growth drivers that would be unaffected by the outcome of the election. 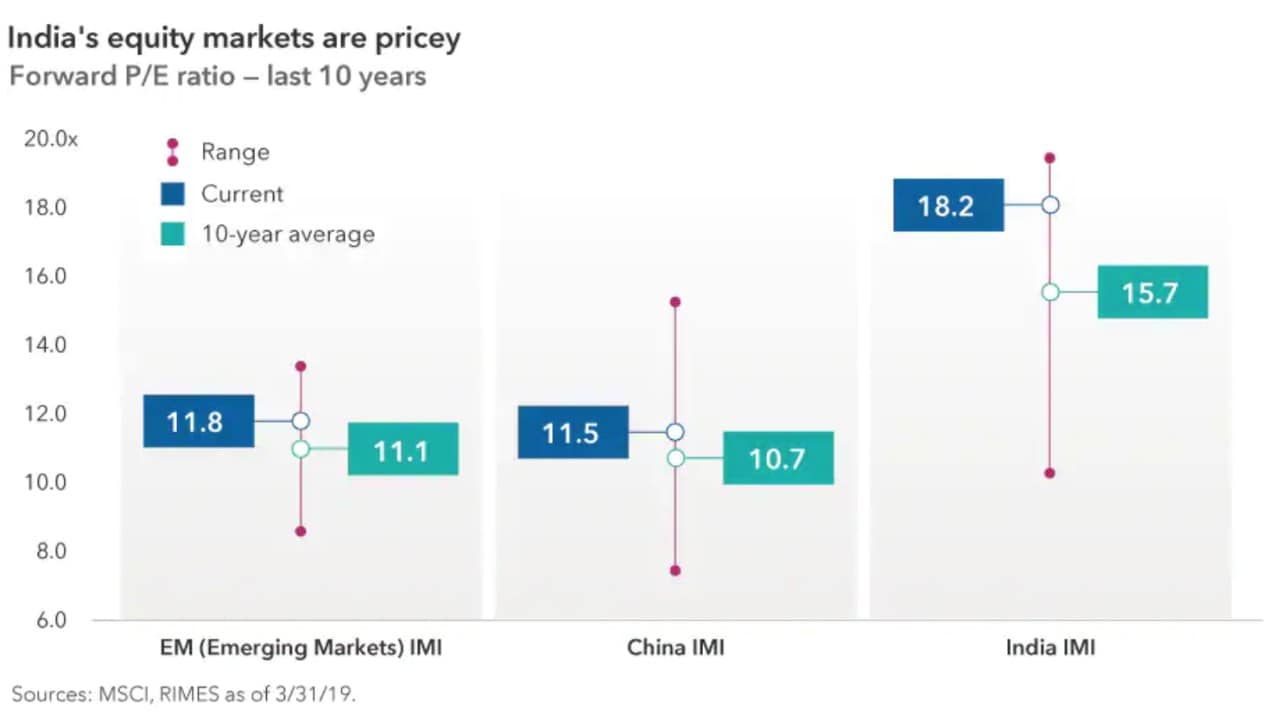 Amazon and Walmart are investing billions of dollars in India. What does this mean for the retail sector and e-commerce?

I believe we will see a shift in how the retail industry is operated and structured.

The country is becoming a battleground for powerful multinationals and homegrown Indian companies, and the government has been pursuing e-commerce regulations to help protect local businesses and Indian consumers. But I think there will be a limit to how much they push. Modi has been an advocate of a “digital India,” and U.S.-led investments to sell to Indian consumers have been substantial.

The country’s retail market (very broadly defined to include everything from groceries to jewelry to apparel) is valued at roughly $800 billion today, with the bulk of that in traditional retail channels like neighborhood stores and produce markets, based on our data.

Companies like Amazon and Walmart are pursuing strategies that could ultimately restructure traditional distribution channels in India, reshaping how household staples and other items get from manufacturing plants to neighborhood stores.

This could translate into lower prices, more efficient supply chains and less waste — especially for food products. In theory, this could help curb inflation in India (historically an issue) and keep interest rates lower.

The financial sector has faced credit quality issues over the past several years. What’s the outlook for banks?

Our investment analysts remains positive on a few private sector banks, which have grown rapidly over the past decade. They are focusing on top-notch management teams and banks with quality loan underwriting standards. With loan issues bogging down some of the state-run banks and non-bank lenders, they should continue to gain market share.

The new bankruptcy law should strengthen the credit system and corporate governance. So far, it appears to be progressing well. Based on data we’ve seen, the average time to resolve a bad debt issue shrunk markedly to 310 days, with an average recovery rate of 49%. That compares with an average of 10 years and 22% recovery rate before the law took effect.

This bodes well for the banking sector and India’s economy.