Until recently, the developing world was firing on all cylinders.The blend of synchronized global growth, buoyant commodity prices and excitement over Chinese internet giants drove emerging-market equities significantly higher in 2016 and 2017. This year, investor sentiment has been chilled by the collective impact of rising U.S. interest rates, a strengthening dollar, consternation over global trade relations and the financial infirmities of countries such as Turkey.

All these issues are important, but they risk distorting the larger picture, which is that the underlying backdrop for the emerging markets continues to be favorable. Economic fundamentals in major markets such as China and India remain intact, as do conditions in leading industries, including technology and health care. Corporate earnings are projected to rise by double digits in 2019, and I remain optimistic given the outlook for continued global growth.

Of course, investing outside the United States involves risks — such as currency fluctuations, periods of illiquidity and price volatility — which may be heightened in developing countries. Market volatility is likely to remain elevated, especially after a two-year rally in which the MSCI Emerging Markets Index nearly doubled. Still, long-term trends remain encouraging. Growing smartphone usage, internet penetration and mobile commerce are helping to underpin consumption, while youthful populations are feeding the steady expansion of the developing world’s middle class. Although I don’t have portfolio management responsibilities, the managers I work with believe there are compelling opportunities in selected companies and industries whose valuations have become more attractive as prices have receded.

The outlook for the emerging markets has been muddied by rising U.S. interest rates and the resulting strength of the dollar. Federal Reserve rate hikes have drawn money to the U.S. and pushed up the value of the dollar, making it harder for foreign governments and corporations to service dollar-denominated debt. Developing nations can respond with rate hikes of their own, but at the risk of suffocating their economies if their own currencies appreciate.

Despite the reflexive fear that rate hikes will hammer the developing world, history shows they aren’t necessarily foreboding. There have been four previous Fed tightening cycles over the past 30 years. In three of those cases, emerging-market returns were positive on an annualized basis. Our fixed-income investment team expects the current round of rate hikes to remain modest and gradual, minimizing the emerging-economy fallout. Furthermore, Capital Group’s currency analyst believes the surge in the dollar over the past year makes it doubtful that another big jump lies ahead.

The emerging-market picture has also been clouded by China, which has reached a late stage of its economic cycle. In the second quarter, the economy grew at its softest pace since 2016, and Capital Group’s China economist expects a further slowing. This is being aggravated by the specter of a prolonged trade dispute with the U.S. But the Chinese economy is still one of the fastest growing in the world. The nation’s size, technology prowess and burgeoning wealth mean there will always be pockets of investment opportunity. China continues to diversify its economic base beyond its investment and heavy-industrial roots, and President Xi Jinping is pushing hard for quality economic growth. Corporate and government debt remain perennial concerns, but total leverage appears to have peaked. 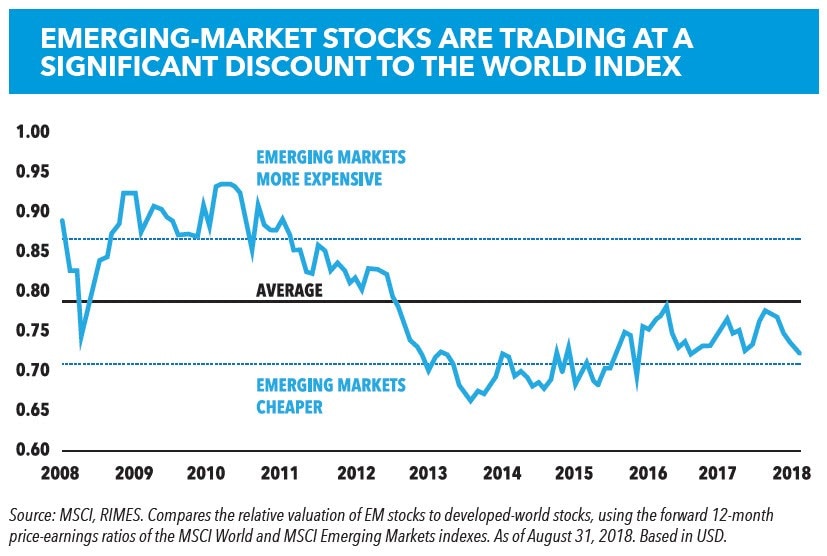 Emerging-market sentiment has recently been hurt by economic fissures in Turkey, Brazil and Argentina. Such flare-ups have sparked fear of a wider contagion, echoing crises of the past in which stresses in one country leached through the developing world. However, many of the current ailments are country-specific — often, self-inflicted — and unlikely to spill beyond national borders. Turkey, for example, is saddled with monstrous debt, a towering current account deficit and rampant inflation, but much of that stems from governmental mismanagement. On the whole, developing economies are far more adept at sidestepping the tripwires that set off past crises. Their economies are more balanced, and in many cases their economic fundamentals are improving.

The emerging markets have significantly matured.

The “emerging market” moniker makes it easy to overlook the economic progress of many countries. Though some nations remain vulnerable to commodity-related swings, others have made enormous developmental strides. This is shown clearly in the diminishing role of commodities in the MSCI Emerging Markets Index. Fifteen years ago, materials and commodities made up about 30% of the index; they’re half that level today. Technology has filled much of the void — it’s about 30%, up from roughly 5%. The balance of power has shifted to Asian technology and consumer discretionary companies, some of which are now the biggest components of the index. As the middle class expands and the emerging markets increasingly come to resemble their developed-world counterparts, investment opportunities should continue to materialize in areas such as tech, health care and consumer spending.

Overall, the emerging world is a collection of diverse countries at varying stages of economic maturity and political stability. That makes it somewhat difficult to classify them as a single homogenous group. Their well-documented trouble spots underscore the importance of selectivity when making investment decisions, particularly as valuations contract. But with strong corporate profitability, improving debt measures and attractive valuations, there are compelling opportunities for long-term investors. 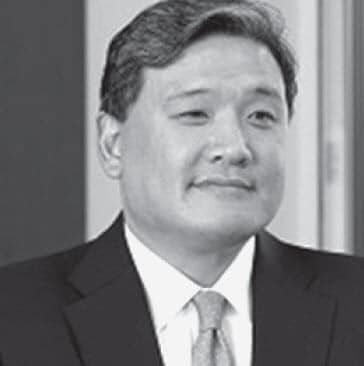 Kent W.B. Chan is a Capital Group equity investment specialist. He has 26 years of investment experience and has been with the firm since 2015.