With Emerging Markets as a Tailwind, Aricraft Makers Take Flight

For most of us, boarding an airplane couldn’t be more routine. Find your seat, hoist your carry-on into the overhead bin, and buckle up for takeoff. But in China and other emerging markets, this process isn’t always so commonplace. Many people are flying for the first time and are unfamiliar with these procedures. In my travels as an aviation industry analyst, I’ve seen passengers prop luggage on their laps until a flight attendant pointed out the overhead racks. Other times people have walked to the restroom as the plane zoomed down the runway during takeoff, unaware of the “fasten seat belt” light.

On a personal level, it’s heartwarming to see people’s wonderment at this new experience. From an investment perspective, the surge of new fliers illustrates an important trend: rising economic growth across Asia and other emerging markets is lifting ever-more people into the middle class. As was the case decades earlier in the U.S. and Europe, one of the first luxuries people choose to splurge on is air travel.

This dynamic is driving the growth of aircraft manufacturers and components makers. As more people fly, more planes are needed to transport them. This is evident from the waiting lists for new aircraft — in other words, for planes that airlines have ordered but manufacturers haven’t yet built. The current backlog is eight years, which is lengthy by historical standards. For this and other reasons, I believe that aircraft and components makers have a long runway ahead of them.

My optimism stems partly from research trips I’ve taken to Asia and other places, where I meet with company executives and aviation experts to glean insights into local trends and business conditions. The best way to gauge the dynamics of a market is to visit and interact with people across the spectrum, including suppliers, purchasing managers and end users. I even hop into the cockpits of jets (sometimes with our portfolio managers tagging along) to look over the controls and talk with the pilots about their experience with the aircraft.

Many times, I am one of the few Western investors present — for example, when I recently attended air shows in Singapore and Zhuhai, China. In the course of my travels, I’ve piloted a flight simulator in Dublin and spent a night on an aircraft carrier in San Diego, watching F-18 flight operations. I think this type of up-close research provides a unique advantage in evaluating the outlook for an industry and understanding the below-the-surface forces that are likely to affect its future.

The rest of the world is discovering air travel.

Though it’s easy for those of us in the developed world to take jet travel for granted, only 15% of the global population has ever been on an airplane. That number is rising as growing consumer income affords more leisure travel. After climbing an average of about 5% annually over the past few decades, global air traffic growth has averaged closer to an annual 6.5% in the past three years.

The aerospace industry is also benefiting from strong demand for fuel-efficient aircraft. Through most of the postwar era, new planes were about 5% more efficient than the models they replaced. Thanks to steady technological advancements, models rolling off the assembly line today have 15% to 20% greater fuel economy. That’s significant considering that fuel makes up more than one-quarter of an airline’s costs.

While there are many parts suppliers and components makers, the industry is dominated at the top by behemoths Boeing and Airbus. The duopoly nature of the industry provides some stability and supply discipline.

This comes at a time when the global airline industry is the healthiest it’s ever been. The sector has historically been plagued by chronic overcapacity, high fixed costs and volatile demand. Major U.S. airlines have made significant progress through a mix of industry consolidation, ongoing cost management and improved labor relations. Still, I remain wary of legacy airlines and instead favor a small number of ultra-low-cost competitors. In addition to their tight cost controls and potential for market share gains, these airlines can charge for ancillary services such as reserved seats, priority boarding and extra legroom.

The aircraft business does face obstacles. Aside from the ever-present risk of terrorism, either isolationist policies or a full-blown trade war between the U.S. and China could discourage international travel. Safety concerns could impact companies in the short term after the 737 MAX was grounded after two planes crashed. And, of course, the cyclical factors that have boosted air travel, such as the global economic upturn and low fuel prices, will naturally gyrate over time. Nevertheless, I believe the global embrace of travel is so fundamental that it will withstand economic fluctuations.

In the near term, I see the likeliest obstacle as something mundane: supply-chain constraints. The aerospace industry is steadily ramping up production, pressuring components makers to add capacity and turn out an increasing number of parts. Technological glitches or worker shortages could throw off assembly schedules.

Still, I believe the industry’s glide path is long. The appeal of travel, especially to international destinations, is only likely to grow as China and other emerging markets continue to expand. For many of these travelers, once they’ve made a trip, venturing far from home is likely to become a lifelong interest. 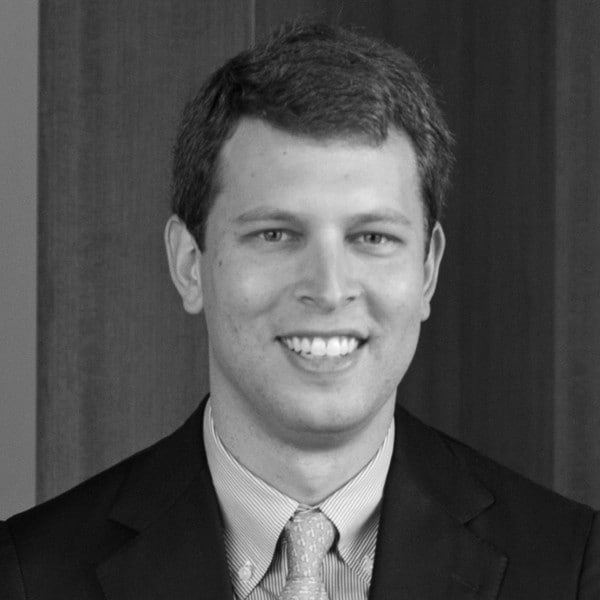 Todd Saligman is an analyst who covers airlines and the aerospace industry. Based in Los Angeles, he has 10 years of investment experience and has been with Capital Group since 2012.

The above article originally appeared in the Fall 2017 issue of Quarterly Insights magazine. Updated June 20, 2019.