Economic Reforms and a Youthful Population are Driving Growth in India

Although it was overshadowed by events elsewhere in the world, India notched a quiet milestone in the past year. Ongoing reforms and a youthful workforce helped it become the fastest-growing major economy, surpassing even China, which has long been the pacesetter of the emerging world. As someone who has lived here all my life, I’m excited to see India evolving into an increasingly significant force in the global economy, with bright prospects ahead.

Of the country’s many reasons for optimism, none is more important than demographics. India has one of the youngest populations in the world, with nearly two-thirds of its citizens under the age of 35. At a time when many other countries are bracing for the ill effects of aging populaces, India is expecting a “demographic dividend” as a geyser of young people flood into the workforce.

Their impact is most apparent in consumer spending. Young people are coming of age in an India that is vastly different from their parents’. When I was a boy, my family waited years for a landline telephone to be installed in our house. By contrast, mobile technology is widespread today. My teen-age son can’t imagine life without a cell phone. Meanwhile, the ubiquity of social media has provided a keyhole to the world, allowing 20-somethings to peer through for a glimpse at the lives of their global counterparts. The desire to emulate foreign lifestyles should benefit industries such as consumer products, financial services, health care and professional training.

India is undergoing a significant transformation.

One of the most important facts to realize about India is that it’s made continual economic reforms over the past quarter-century, regardless of the political party in power. Though the scope and pace of reforms have varied from one government to the next, the overall trajectory has been clearly upward. Some of the most notable changes have come under the current prime minister, Narendra Modi, who was elected in 2014 on a pledge to reorder the economy, defang stifling bureaucracy and beat back the entrenched corruption that has constricted progress for decades.

Modi’s first big move was to prune wasteful subsidies and use biometric identification to ensure proper delivery of social benefits. His second initiative came two years ago when he declared most of the nation’s currency invalid and required citizens to exchange old cash for new bills. The goal was to blunt tax evasion, thwart counterfeiters and nudge people who subsisted in the vast underground economy to enter the modern financial system. A third move came last year when Modi rolled out the most sweeping tax overhaul in India’s history: To simplify the tax structure and make it easier for companies to do business across the country, the prime minister introduced a national goods and services tax to replace a patchwork of state and federal levies.

Not surprisingly, the last two measures temporarily weighed on the economy, and took some of the shine off Modi’s star. The currency swap, known as demonetization, would have been jarring under any circumstances, but it was carried out in an awkward way that made matters worse. The tax overhaul rattled small businesses, which represent a huge chunk of the country’s economy. Many of these are cash-based operations with no computers, and they struggled to adapt to modern-day accounting.

Despite these and other reforms, critics have faulted Modi for not moving faster. His lofty campaign promises generated a swell of attention, and detractors were unhappy when the transformation they envisioned was slow in coming. They have been particularly irked by the minimal progress made in trimming the bureaucracy and privatizing state-owned enterprises, both of which have raised fears that India’s vaunted makeover has been more cosmetic
than structural.

India must continue to make progress.

Though I believe the criticism is overblown, India certainly continues to face challenges. Quality of life and human development — including health care, literacy, education and professional training — must be improved. The quality of education is high for those from well-off families, but too many children are illiterate and poorly educated, especially in the largely agrarian and historically impoverished northern part of the country. This has constrained growth and led to a skills shortage — a big concern given that India must create 1 million jobs a month just to absorb the number of young people pouring into the workforce.

Employment conditions are better in the cities, where many of the new jobs are being created. But urban areas lack proper infrastructure, including housing, transportation and water quality. Gender, religious and caste discrimination also remains a continuing thorn in India’s side. All of these issues are being addressed, but much more needs to be done.

Even so, a sea change is underway in how India is run and business is conducted. For example, Modi has opened the door to greater foreign investment and helped millions of citizens — many of whom work off the books in the sprawling “informal” economy — to open their first bank accounts. Measures like these will pay off in coming years. With a solid foundation and commitment to reforms, India has an encouraging long-term outlook. 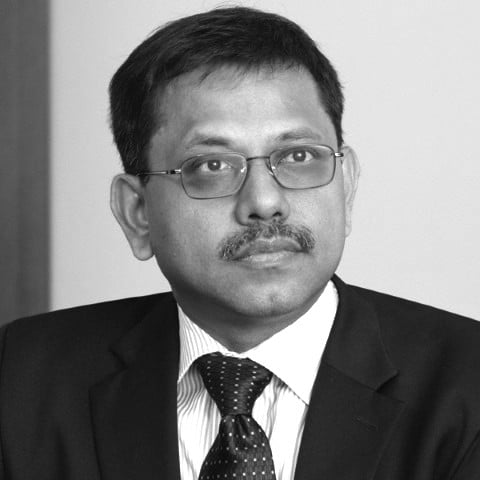 Anirudha Dutta is an analyst based in Mumbai. He has 27 years of investment experience and has been with Capital Group since 2013.