The off-again, on-again trade talks with the U.S., and the ongoing queasiness in the Chinese economy, have clouded the outlook for global growth. The abrupt collapse of trade negotiations in May drove home the magnitude of the conflict between the two countries. And though they’ve agreed to resume discussions, the overall uncertainty has jostled a Chinese economy that was already wrestling with structural challenges such as heavy government debt and industrial overcapacity.

The long-term outlook for China and the opportunities for investors remain encouraging. Even with the trade stalemate, the Chinese economy is still growing — not a small feat given the whirlwind of financial and political crosscurrents. The housing market has generally held up and the spending power of millions of consumers continues to advance. Wage growth among urban professionals, for example, is climbing at a high-single-digit to low-double-digit clip. As incomes rise, Chinese consumers are showing an ever-greater affinity for the comforts of middle-class existence, including premium goods and global travel, as well as improved health care and similar quality-of-life concerns. These dynamics should benefit both foreign-based multinationals and a crop of domestic Chinese companies. 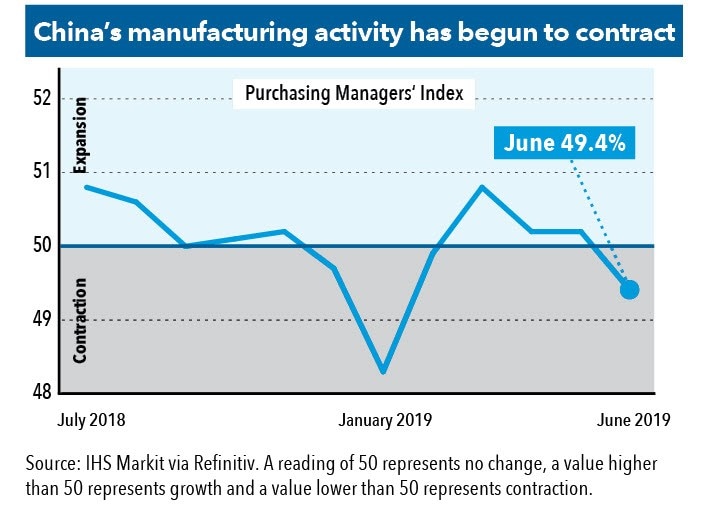 The near-term picture, however, is muddied. I expect the economy may disappoint in the second half of the year amid weak credit growth and sputtering manufacturing activity. The government has deployed an assortment of stimulus measures, including income tax cuts, small-business lending and infrastructure spending. Chinese leaders have yet to significantly loosen monetary policy as they try to thread the needle between sparking the economy and tackling longer-term reforms. Nevertheless, the government likely will push whatever levers it can if growth projections deteriorate.

The timing of a trade deal is uncertain.

Despite a general consensus that the U.S. and China will ink a trade agreement this year in the lead-up to the 2020 U.S. elections, it’s not clear that will happen. Neither side wants to be seen as caving in to external pressure, and the back-and-forth volley of accusations that have characterized the negotiations to this point may indicate a hardening of positions.

The tariffs that the U.S. has imposed on Chinese products are likely to have a tangible but ultimately modest impact, skimming roughly 0.5% from GDP. (The Chinese government pegs the country’s economic growth at better than 6% annually, although I believe it’s closer to 4% to 5%.) The potential hit to business confidence, however, could mean a notably sharper slowdown than economic models suggest, as companies may hold off on capital spending until the path is clear. I met recently with a Chinese restaurant company that may moderate a planned expansion out of fear that consumer spending will fall. This was a domestic company with no exposure to global trade — indicating the general caution that could take hold if the trade fracas drags on.

A big question concerns the U.S. threat to slap 25% tariffs on the roughly $300 billion in Chinese goods that thus far have been spared in the trade showdown. These consist largely of consumer goods such as smartphones, laptops and clothing; higher prices for these items would be borne largely by American shoppers. The U.S. agreed to hold off on these levies as part of the latest round of negotiations, and I doubt these tariffs will come about because of the harm they could do to the U.S. economy. At this moment, it seems likely that the trade clash will ding China but not push it into recession.

Stock selection is more important than ever.

Despite the near-term headwinds, it’s possible to uncover promising investment opportunities through fundamental research on a company-by-company basis. The prospects remain encouraging for secular growth companies within China, and multinationals with strong brand identity and global reach. For example, opportunities may be found among businesses offering financial and travel services to the burgeoning middle class, and among technology companies that design and manufacture semiconductor components for mobile devices and industrial automation.

The article by Capital Group’s Asia biotechnology analyst on page 6 outlines the strong prospects for domestic and foreign biotech companies as China seeks to improve medical care for its aging population. And the story on page 18 details the extensive research Capital Group analysts perform to identify promising investments around the world.

The trade dispute creates opportunities for companies in South Korea, Taiwan and Southeast Asia that compete with Chinese producers. Likewise, the prospects seem bright for companies in Vietnam, which are benefiting from foreign direct investment as U.S. businesses look to relocate manufacturing operations and supply chains out of China.

There’s no doubt that questions over structural issues such as global trade and intellectual property, coupled with the near-term economic challenges, have injected uncertainty into the Chinese market. After years in which China functioned as a sort of financial catch basin for the rest of the world, it seems likely that market volatility will remain elevated. Nevertheless, the increasing prosperity of Chinese consumers bodes favorably for companies selling everything from beauty products to smartphones to cancer drugs. 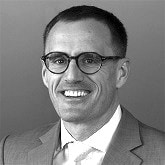 Stephen Green is a Capital Group economist covering China and other Asian countries. Based in Hong Kong, he has 14 years of investment industry experience and has been with Capital Group since 2014.