The Biotech Industry Is Coming of Age in China | Capital Group

The Biotech Industry Is Coming of Age in China

The world’s most populous country focuses on medical research as it seeks to care for an older citizenry.

When it comes to medical research, the United States and Europe are the global standard-bearers, with leading clinicians, bustling private companies and innovative cultures. But while the Western world’s pre-eminence seems assured far into the future, a promising biopharmaceutical industry is taking root in China.

Several factors are driving this, especially an urgency to improve medical care for an aging population. Far from its image as a wellspring of youth, China is getting older. And though age brings wisdom, it also brings an inevitable rise in physical ailments, which is forcing the government into action.

Chinese leaders are pursuing a dual-track approach. First, they’re seeking to cultivate a homegrown biotech industry with domestic startups producing clinically innovative and globally competitive medications. Regulators have sped up approval times for cutting-edge therapies, extended patent protections, attacked corruption and dramatically expanded government spending. The effort is yielding results as foreign researchers with impressive pedigrees — and venture capital firms with deep pockets — flock to China. The “brain drain” of the past has been supplanted by a “brain gain,” with prominent scientists moving to the country, bringing extensive experience at overseas companies and universities.

Equally notable, the government is making it easier for foreign drugmakers to tap China’s vast market. Despite their push to bolster domestic businesses, Chinese leaders want to get the most effective medications into the hands of citizens regardless of where in the world they come from. That has prompted regulators, for example, to loosen rules forcing foreign manufacturers to repeat lengthy clinical trials that they have already conducted in their home markets.

From an investment point of view, I believe the prospects are bright for both Chinese startups and overseas multinationals. China is already the second-largest pharmaceutical market in the world and could overtake the U.S. in fewer than 20 years. An impressive biotech ecosystem is emerging in China, with an innovative spirit and vast potential that are analogous to the dawn of the U.S. biotech industry in the 1980s.

China is opening its wallet for health care.

The trends in China reflect some of the broad dynamics unfolding around the globe, as the mapping of the human genome and other medical milestones open doors to a new generation of clinical advances. At the same time, cost pressures are forcing companies to prioritize research because insurers and governments are reluctant to pay for ineffective or copycat treatments. 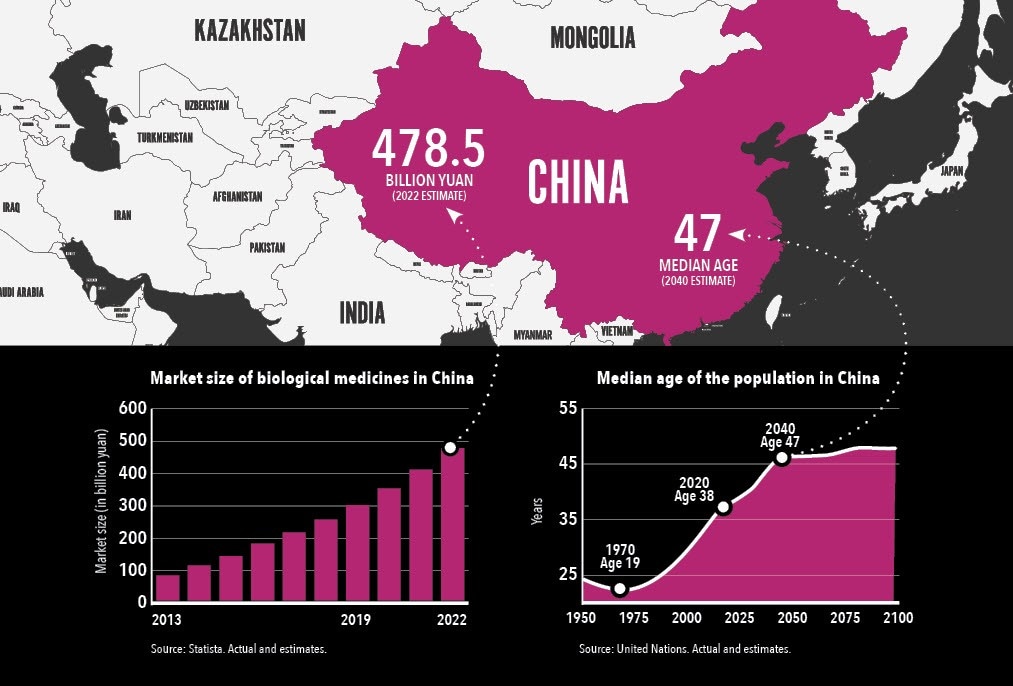 China stands out partly because it is markedly boosting spending, in contrast to other major countries, which are reining in health care expenditures. Outlays rose at a 13% compounded annual rate in the past several years and are expected to expand 10% annually in the immediate future. As a share of GDP, spending is likely to top 7% next year, up from 4.5% two decades ago. However, that’s still far below the nearly 18% level in the U.S., suggesting spending will rise further.

Demographics explain much of the shift. The median age in China, which was only 19 in 1970, will reach 38 next year and 47 by 2040, according to United Nations projections. Beyond the medical imperative, the Chinese government believes health care is capable of driving economic growth. The country is trying to reduce its outsize reliance on infrastructure and heavy industry, and leaders see medicine as having significant global demand.

None of this is to say there aren’t challenges. Drug development is innately uncertain, with some treatments destined to fall short of expectations. China’s biotech industry itself is embryonic, lacking the established practices and creative history that are common in the West. For the most part, I don’t expect U.S.-China trade tensions to have a significant impact. However, the U.S. has stepped up its oversight of foreign investors on national security grounds, and the combination of heightened scrutiny and tighter export controls is creating obstacles for genomics-focused companies.

There are also questions about who will bear the costs of better medical care in China. Private health insurance is spotty at best. Chinese officials have pushed the development of private insurance for more than a decade. But progress has been frustratingly slow, with insurers covering only about 5% of expenditures. Increasingly, the government is footing the bill for cancer therapies and other innovative drugs produced by both local and foreign companies. Even so, patients still shoulder about one-third of health care bills.

Nevertheless, the overall picture is very encouraging. The government’s determination to improve care and its unprecedented push for innovation in its nascent health care market represent an important turning point. That’s clear from the huge sums of money pouring in. Last year, early-stage biotech companies in China drew about $17 billion, more than twice the $8 billion that went to U.S. competitors. As China’s middle class expands, consumers will want top-flight medical care and will have the wherewithal to pay for it. I believe there are a growing number of innovative companies with scientifically minded founders, deep benches of proven talent, vibrant research and the ability to develop globally competitive medications. 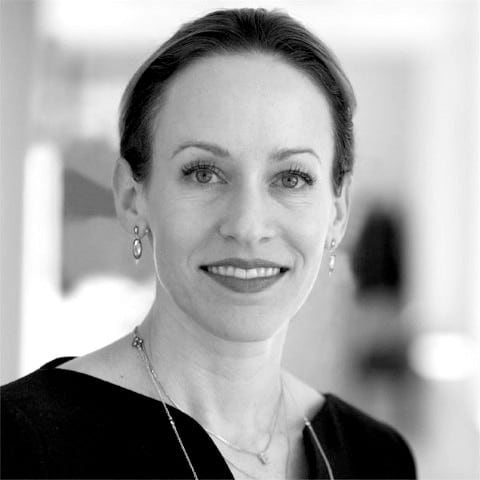 Laura Nelson Carney is a Capital Group equity analyst covering the pharmaceutical and biotechnology industries in Europe and Asia. She has five years of investment experience and has been with Capital Group since 2018. Laura previously spent 15 years in biotech-related work, including as a research and development scientist.