To gauge a community’s economic vibrancy, you could spend a lot of time poring over local employment data and tax records. Or you could simply glance at neighborhood garbage bins. Are the plastic barrels that homeowners lug to the curb on collection day half-empty? Or are they filled to the brim, perhaps with overstuffed trash bags poking out from under their lids?

As you’d expect, jam-packed containers are a sign of a good economy. As employment and consumer spending expand, so does the amount of trash that residents and businesses generate. That’s the case today as the U.S. economy picks up steam, and it’s one of several factors propelling the companies that cart away this refuse. The waste management business doesn’t generate a lot of buzz, but it’s a $60 billion industry with promising long-term fundamentals that include dependable customer retention and solid pricing power.

From an investment perspective, part of the industry’s appeal lies in its economic resilience. In addition to benefiting from economic growth, the garbage business is relatively sturdy during recessions. Though the industry has expanded at a modest 2% to 4% a year, consumers usually don’t cancel trash collection when the economy softens, as can happen with more-discretionary items, such as restaurant meals and gym memberships. The average tab for monthly garbage pickup is far less than those for electricity, heating or cable TV. As a result, waste management stocks tend to hold up better than the general market during periods of equity volatility.

One of the keys to choosing waste management investments is selectivity. The business models of the leading companies are similar, but the markets in which they operate are distinct, and those differences can have a significant effect on the bottom line. It’s important to determine whether a hauler’s routes are clustered in cities, which are packed with customers but also loaded with companies vying for their business. In general, the most attractive companies tend to be highly concentrated in rural and suburban areas, which are far less competitive.

Organic growth is overtaking mergers in driving results. One of the major themes in the trash business over the past decade has been merger activity. The industry has long been dotted with scores of mom-and-pop haulers with local franchise deals and a handful of trucks. Though that’s still the case in many areas, the industry has undergone a wave of consolidation, with larger operators gobbling up smaller ones. The three largest companies now control about half the U.S. market, with private haulers and municipalities each making up about 25% of the rest. Leading companies have efficiencies of scale and, depending on their markets, pricing power to offset inflation and drive earnings.

Though mergers will continue given the hundreds of small companies still scattered around the country, past consolidation makes acquisitions likely to play less of a role in coming years. Instead, the ability to notch organic growth will assume greater importance. Thus, it’s essential to identify companies with disciplined management and sensible growth strategies.

Another way that companies differentiate themselves is by operating their own landfills. Given the generally low barriers to entry in the trash industry — new entrants need little more than a truck and some workers — established companies can face pressure in the collection portion of their businesses. Still, whoever picks up the trash needs somewhere to dispose of it. Companies with landfills, which are scarce and highly regulated, have a big advantage in pricing. 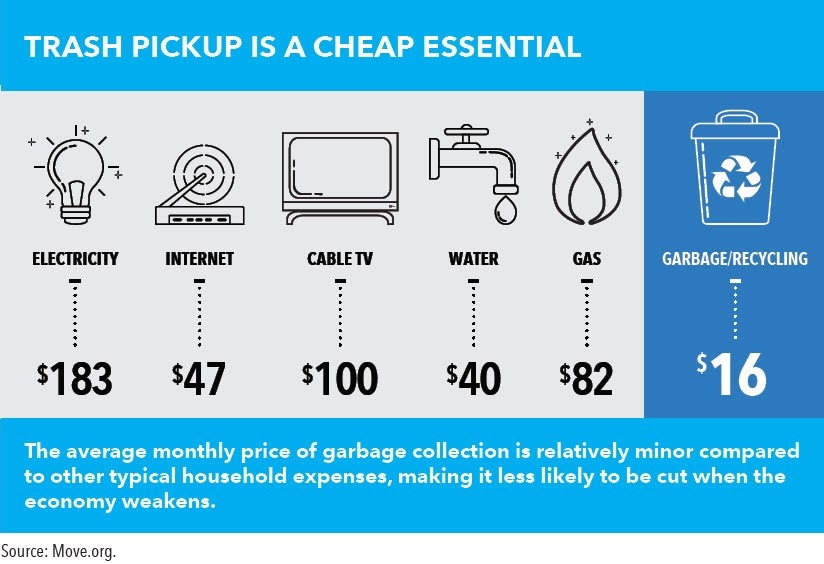 Perhaps the most overarching dynamic in the trash business over the past two decades has been recycling. Environmental concerns have driven a national push toward conservation, with municipalities cajoling residents to recycle and forcing haulers to reduce the amount of waste dumped in landfills. I’m a strong believer that recycling and conservation are essential in helping to protect the environment.

However, recycling is confronting significant obstacles and appears to have hit at least a temporary plateau. Garbage companies, which derive revenue from selling commodities recovered from the waste stream, have been jolted in recent years by widely fluctuating commodities prices. Consumer habits have also created a dilemma. The reluctance of homeowners to sort their waste causes contamination. For example, there are often so many plastic bags in the recycling stream that it’s difficult to remove them all. Contamination is one reason that China, which was once an enthusiastic buyer of corrugated paper and other detritus, has slashed what it accepts from the U.S. That’s led to a glut of materials and fear that the underlying latticework of the recycling business might need an overhaul.

These forces have driven up processing costs for waste management companies just as their recycling revenue has sagged. Over the long term, however, companies could benefit because municipalities are likely to let companies implement recycling-related fees, which should smooth profits and reduce earnings volatility.

Beyond recycling, I’m keeping an eye on other challenges in the trash industry. In the near term, labor costs could weigh on earnings if companies have to boost salaries to attract workers. In the longer term, industry growth is partly dependent on household formation and general consumption trends, so companies aren’t immune to deep economic jolts. Finally, the industry’s modest growth rate can cause waste company stocks to lag in the early stages of an economic upturn, when the market prizes sectors with more-explosive growth.

Nevertheless, I believe the industry has many factors going its way, especially today with the U.S. in an advanced stage of the economic cycle. The outlook is bright for companies with market dominance and well-conceived growth plans. 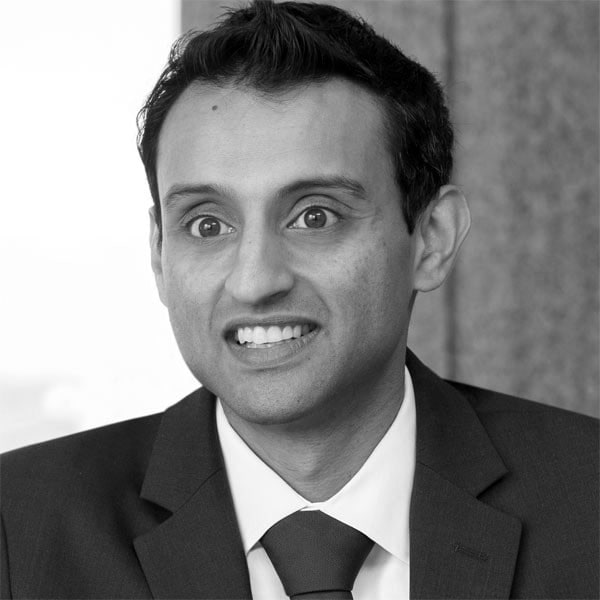 Sujit Chakravarthy is an equity analyst who covers the solid waste industry. Based in San Francisco, he has 16 years of investment industry experience and has been with Capital Group since 2017.