How a Spouse’s Illness Sparked an Epiphany About Love

George Shannon didn’t know it, but a terrible night in Mexico would lead to what he now calls the most gratifying experience of his life. While on vacation, his wife Carol suffered a stroke from which she would never fully recover. He would eventually become her full-time caregiver — a turn of events he never sought, but which resulted in a deep sense of purpose, heightened compassion and a life-altering epiphany about true joy. Shannon’s book — The Best Seven Years of My Life, which he wrote with his son, Chad — explores his personal journey, including his shift in focus away from himself and how unexpectedly rewarding that turned out to be.

A spouse’s sudden illness is painful under any circumstances. How did you get to The Best Seven Years of My Life from there?

George: I started to care for Carol and it was unrelenting. The medical issues kept coming at us and I would spend my entire day taking care of her. I did a lot for Carol, but I would always question whether I was doing enough. Was I making her feel the love? I decided that I wasn’t doing enough. Everything that I was doing was not about Carol. It was about me. I was laying there saying, “Gee, I didn’t get to play golf today. I didn’t get to go have a drink with my buddies.”

And then I decided to make it all about her. I decided to push all that stuff aside, all that garbage, and just do everything I could do to make each day the best of her life. When that happened, my heart and soul just opened up and we connected like you couldn’t believe. She sensed it. She could tell that something was changing in me. We just connected and had a wonderful seven years together. And I fell madly in love with her all over again. She did too.

Chad: It occurred to me, as I was writing the last chapter, that it really wasn’t my dad changing my mom, or Dad leading her to a more complete life. Rather, my mom led my dad to a more complete life. It really blew his mind to sit there and think about the fact that she was the one who was instilling change in him. He never would have imagined that.

You outline in the book some of the moments of happiness for Carol and the closeness you both experienced.

George: She would have somebody take her down to this local drugstore on my birthday to get a card. The first year, she picked the one she wanted. The second year, she picked out the same card, but she didn’t know because she couldn’t remember. The third year, she picked out the same card again. And here’s what the card said: “Happy Birthday to my husband. To my best friend, to my soul mate, I love you.” Three years in a row. So I framed all three. It told me what she thought about our relationship. She would tap me on the shoulder every once in a while and nestle her little head against my shoulder and say, “Thank you for all you do for me.” She never lost her smile. She never lost her spirit.

Beyond the caregiving, you share some of the lighter moments after the stroke.

George: I never heard her swear for 40 years. Then wow. The filters were off and she would just let it go. She became absolutely hysterical. She said the darndest things to me, which was hysterical because I was always trying to change her. I was always trying to get her to come out of that shell she was in. I couldn’t ever get her to do it. Well, the stroke did it for her. She became hilarious.

How did this experience change you?

George: I found humility. It was the key. I was doing all these things and I was trying to be perfect and I was trying to make no mistakes. I had done that in my business and in all of my relationships. And that’s probably why I was questioning myself so much. I did something, and I did it well, but I would question whether I could have done it better. That’s when I decided to stop worrying about me and make it all about her.

Chad: Accepting the circumstances was probably one of the biggest fulcrums to the chain. My dad has certain visions of the world the way it should be. Those expectations at first were that she could get better, and that created some tension when she wasn’t able to get better. But when he started to accept the circumstances, that she wasn’t going to get better, that humility kicked in because then he really accepted it all. Once he did, that’s when they started having a lot of fun.

What message do you hope readers take from your story?

George: The big message from my perspective is pretty simple. Things happen in your life that you don’t get to choose. You can’t change it. You do get to choose your response to it, so find the good.

Chad: One of the things that doesn’t necessarily come explicitly through in the book, but that I see in retrospect, is that redemption never comes too late. And it comes in all kinds of forms. So you can always redeem yourself by your actions. You can always redeem yourself with those with whom you’ve had long relationships, short relationships, whatever.

Carol Shannon passed away in 2017. George Shannon lives in Pennsylvania, where he’s on the board of the cemetery where Carol’s ashes are interred. Chad Shannon is a writer and lawyer who’s working on other biographies. 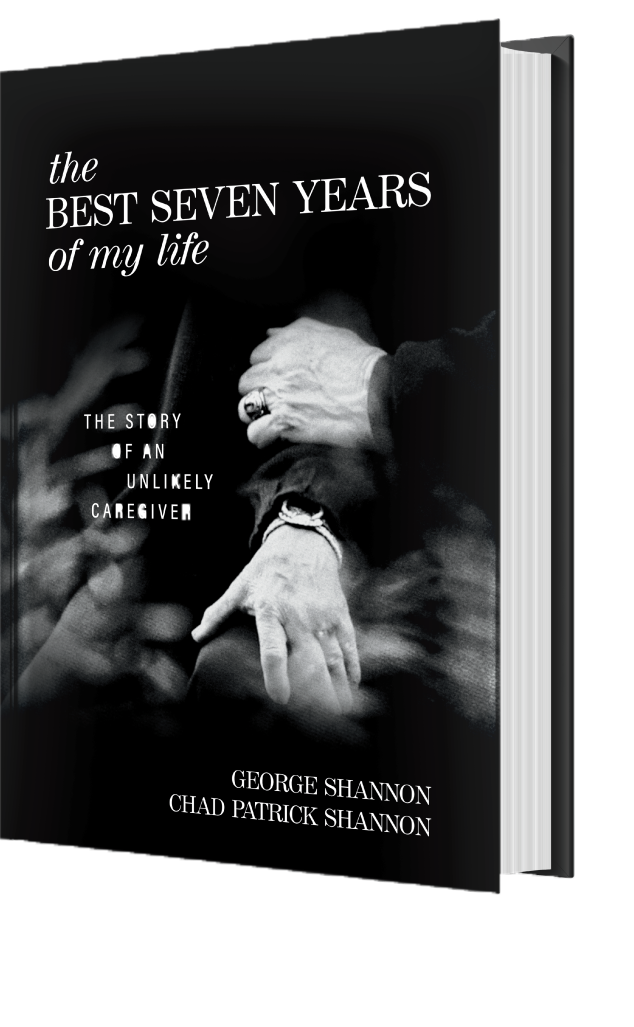