In this interview, global equity portfolio manager Gerald du Manoir shares his thoughts on global trade and the outlook for the international economy. He also discusses some of the long-range investment themes that he believes will propel economic growth and benefit specific industries in the coming years.

International trade has become a hot-button issue amid heightened friction between the United States and China. How do you see this playing out?

The U.S. is attempting to rebalance some of the rules of global trade — largely, those pertaining to intellectual property. The U.S. and China have debated these issues for years with little to show for it, and they need to be addressed. Trade wars are bad for many reasons, not the least of which is that they sometimes are symptoms of worse things to come. I don’t think that’s the situation today.

We are making progress in trade relations. The U.S. appears to be following a strategy of making aggressive public statements before quietly entering into back-channel negotiations in which it softens its stance. The U.S. used this tactic in both the NAFTA talks and in the announcement of global steel tariffs. That said, certain industries — especially capital-intensive industries such as steel and automobiles — may be affected by future tariffs or other restraints. As investors, we’re being very careful around those.

What do you make of the economic picture in the U.S. and abroad?

The U.S. economy is enjoying reasonably good growth. The Federal Reserve is adjusting its interest rate policy, which was probably too loose for too long, and there’s general consensus that more rate hikes will be coming given the strength in the economy.

As for Europe, it still looks healthy, with the caveat that conditions vary among countries and companies. Nations that are politically stable are doing pretty well. Corporate balance sheets are largely very healthy, especially for well-run companies that are global in nature. And households are doing pretty well in places such as France, Germany, Spain and the Benelux countries.

The outlook is not the same for countries with high levels of political uncertainty, such as Italy and Greece. We just did an investment trip to Italy, and in some ways it was a reminder of the structural hindrances to growth that still exist. In general, governments and public finances are not in great shape.

Did the strengthening euro in 2017 and early this year weigh on growth?

The value of the euro is very important for European companies because it determines how competitive their cost structure is relative to the rest of the world — namely, to Japan and China. It’s really important for European suppliers doing business in China. Europe enjoyed a powerful 2017, due partially to the weakening of the euro in 2016. Growth has flashed some signs of slowing, especially in heavy industries. I am optimistic over the long term, but there will be periods in which order books are hampered by a rising euro.

What are some of the industries and investment themes you find to be compelling?

The first is the oil industry. The sharp drop in oil prices a few years ago ushered in a long period of low investment. Despite the rise of shale in the U.S., big producers around the world did not make the necessary capital expenditures to replenish their reserves. Production capability around the world was not maintained the way it should have been. With oil demand high and prices now recovering, companies that invested in their oil production and oil-servicing capabilities have an advantage.

We also need to recognize that alternative energy has become profitable and no longer requires the level of government subsidies that it did 15 years ago. There are companies with very big wind and solar operations that are well positioned amid the advent of alternative energy.

You have been interested in electronic data transmission and storage. What’s the thesis here?

We are at a point where electronic connectivity is ubiquitous throughout the business world. It goes beyond cell phones and the “internet of things.” There is an enormous need for computing power, for gathering and analyzing vast amounts of data, for storing that data and for accomplishing it all safely and securely. This creates opportunities for a range of hardware and software companies, as well as for those in cloud management and data mining.

The final theme I would mention is the move toward a worldwide consumer society. Living conditions are improving globally, and the middle class is expanding in developing economies. That’s causing consumption patterns to shift from the meeting of basic human needs to people aspiring to better lifestyles. This is the case in China, which has roughly 1.4 billion people. If 10% of them are considered wealthy, that’s 140 million people, which is larger than the entire population of Japan. If the ranks of the wealthy rise 10% a year, that’s 14 million people, or nearly the entire population of the Netherlands. The sheer number of people entering consumer society is a powerful trend that will unfold over a number of years. 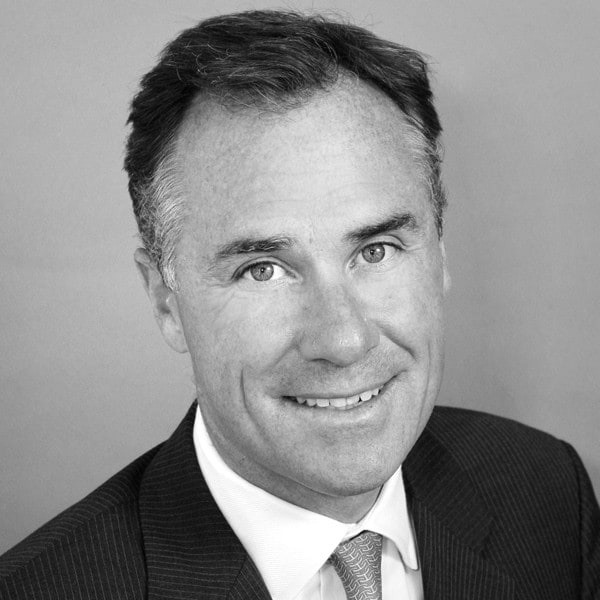 Gerald Du Manoir is a global equity portfolio manager for Capital Group Private Client Services based in Los Angeles office. He has 28 years of investment industry experience and has been with Capital Group for 27 years.