What 2018 Tax Reforms Mean for Investors

Congress’ sweeping overhaul of the tax code presents a range of planning opportunities for investors.

For individual taxpayers, the headline provisions include a lowering of the top tax rate to 37% from 39.6%. There could also be secondary benefits to investors resulting from lower corporate taxes.

A deeper look at the new tax law, though, reveals equally important changes beyond tax rates, especially for business owners. Individuals are also potentially affected, especially when it comes to their retirement accounts, philanthropy and education savings accounts.

1. Big breaks for business owners who qualify for pass-through income.

The new tax rates have a large effect on pass-through income, since this form of income is currently taxed to the end taxpayer, not at the corporate level. In 2017, this popular type of business income potentially faced the maximum tax rate of 39.6%.

That changes in 2018. If you’re eligible for the pass-through deduction, 20% of taxable income gets taken off the table for tax calculation purposes. That means if you’re in the new highest 37% tax rate for 2018, this rule lowers your effective tax rate to 29.6%.

Who This Affects: Many business owners who receive pass-through income including professionals like doctors and lawyers as well as some financial advisors. There is complexity, though, that might curtail this option for some, so it’s important to consult your tax professional.

2. Limits rise even more for estate and gift taxes.

Federal estate taxes affect a small subset of high net worth investors now, but that number is likely to dwindle even further. That’s because new tax rules double the federal estate tax exclusion to $11 million for individuals and $22 million for couples. Very few estates are this large, making this type of planning even more of a specialty for advisors.

Who This Affects: A very small percentage of the population with an estate value at death of $11 million.

What to Consider: Estate planning strategies can be recalibrated for a much higher upward limit.

3. Expansion of 529 education savings accounts make them even more useful.

Since their creation in 2001, 529s could only be used for college expenses. But now, for the first time, these accounts can be used for primary and secondary education up to $10,000 a year per student. This is a big expansion of the appeal and utility of 529 plans.

Previously, investors looking for tax preference on education costs prior to college had to use other account types such as Coverdell Education Accounts. Coverdell accounts will remain available, despite speculation they would be curtailed. Those accounts have disadvantages to 529s, though, including much lower contribution limits.

Who This Affects: Clients looking for ways to gain tax efficiency when paying for private school prior to college. 529s plans are growing in popularity, but there are many investors who have yet to take advantage of their numerous benefits.

What to Consider: The 529 account is now potentially even more compelling than it was before. Contribution limits remain the same, allowing for annual contributions in 2018 of $15,000 for single taxpayers and $30,000 for those married filing jointly. Some taxpayers might consider making five years of contributions ahead of time, amounting to $75,000 for individuals or $150,000 for couples.

4. The cap on state income tax deductions and doubling of standardized deductions changes the math.

Many of the tax changes are positives for investors, at least in the early years, but not all. Over time, some taxpayers could end up in higher brackets due to a change in the way the annual increases to the brackets are calculated.

The math gets more complicated in other ways. For instance, taxpayers’ state and local income tax deduction is capped at $10,000, which is a negative for taxpayers in states with higher state taxes. But, the standard deduction is also doubled to $12,000 for individuals and $24,000 for married couples.

The end result? Roughly 30% of taxpayers itemize now. That number will likely be far smaller following the tax changes.

What to Consider: Philanthropic investors, who itemize, might consider accelerating donations to before December 31, 2017. As with many provisions for individuals, the limit on state and local tax deductibility expires in 2025. Meanwhile, the complex alternative minimum tax remains, but has been restructured in a way that is likely to affect far fewer people.

While much attention is paid to the parts of the tax code that are changing, perhaps equally as important to investors are aspects that are staying the same.

Tax rates on dividends and long-term capital gains stay where they are in 2018. For capital gains and qualified dividends, that means a maximum tax rate of 15% for taxpayers in the lower tax brackets. For those in the highest tax bracket, the tax rate is 23.8%, including the 3.8% Net Investment Income Tax, associated with the Patient Protection and Affordable Care Act.

Who This Affects: Investors with taxable portfolios that generate dividends or where investment sales are being considered.

What to Consider: Investors and advisors can continue to strategically position investments in accounts to take advantage of preferential tax treatment given to qualified dividends and long-term capital gains.

2. Tax benefits to retirement accounts, such as 401(k)s and IRAs, stand.

Good news for investors in 401(k) retirement plans: The tax benefits of tax-deferred retirement accounts stand, despite worries they would be curtailed. Changes were small and affect only a subset of taxpayers and investors.

Who This Affects: Retirement accounts remain attractive options for taxpayers looking to save and invest for their retirement.

What to Consider: There are some minor changes that investors should be aware of. For instance, investors who converted funds from a traditional IRA to a Roth IRA can no longer undo or recharacterize the conversion once it’s done. Investors may want to check with their tax professionals to see if any other changes affect them.

Investors are still able to determine the most appropriate tax lot to use for cost-basis purposes on investment sales. This preserves an important planning tool for investors. In some versions of the tax bill, it was proposed investors would need to use first-in first-out accounting, where investors would use the cost basis of the shares they bought first. That could have meant higher capital gains for many investors.

Who This Affects: Tax-aware investors who have bought investments over time, have unrealized gains and are considering selling.

What to Consider: Investors and advisors are still able to analyze investments bought over time and consider which lots are most appropriate to sell for tax purposes. Investors can choose the specific lots to use for cost basis, or, in many cases with mutual fund shares, opt for the average cost of the shares bought over time.

The reduction of the top tax rate could reduce the appeal of municipal bonds for some taxpayers. But at the same time, munis get more interesting due to the loss of itemized deductions. The bottom line: Munis remain important options for tax-aware investors.

Who This Affects: Investors who look to municipal bonds as a source of tax-exempt income.

What to Consider: Demand for municipal bonds from banks and insurers may ease a little. But individuals seeking income may still find municipals to be a potential source of tax-advantaged income and diversification. For higher tax bracket investors in states like New York and California, the relative attractiveness of local bonds could actually improve.

This material does not constitute legal or tax advice. 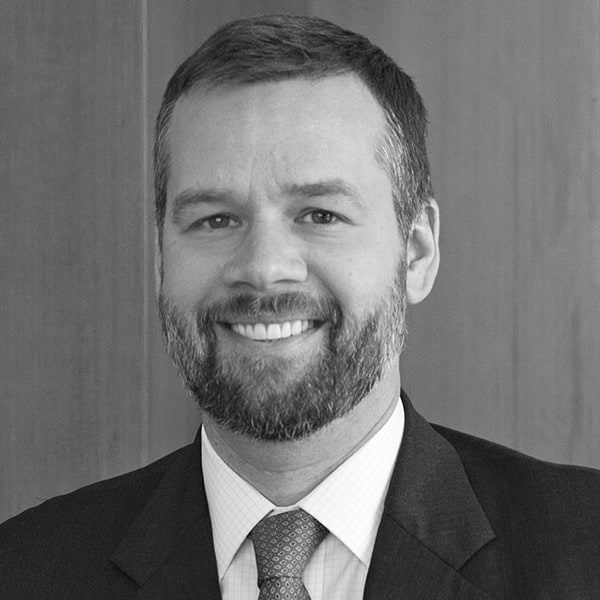 Jason Bortz has practiced law for 19 years, five at Capital Group. He specializes in tax and retirement plan issues. He holds a JD from Cornell Law School and a bachelor's from Hamilton College.