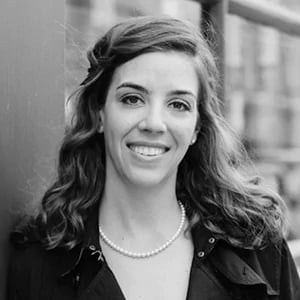 At first blush, mentioning “luxury goods” and “millennials” in the same sentence may seem incongruous. After all, high-end purchases are more closely associated with older consumers than with a cohort bred on pop-up shops and fast fashion. But though earlier generations remain a core audience, millennials are taking on greater significance. In fact, the emergence of these shoppers is one of several factors that are expected not only to propel the luxury-goods business in coming years but to boost the prospects of large companies with the size and resources needed to stand out in an evolving landscape.


The luxury industry is being paced by economic growth and wealth creation in the U.S. and other countries. This is particularly true in China, where the steady rise of the middle class is underpinning consumption. Despite short-term uncertainty about economic conditions in China and its strained trade relations with the U.S., I expect the Asian giant to remain a powerful source of growth in coming years. Indeed, Chinese consumers have shown a greater affinity for high-end goods than their counterparts around the world.


Of course, there are risks, including the possibility of an economic downturn. Though I believe luxury goods are far more resilient to economic gyrations than is widely assumed, a deep or extended recession would undoubtedly weigh on the sector. Beyond that, not all companies will be able to make the leap to a playing field in which demographic shifts and digital marketing claim equal standing with inviting store layouts and tantalizing window displays.


Nevertheless, I believe the outlook is promising for select companies with global distribution muscle, forward-looking management and high consumer awareness. Multinational companies’ large sizes give them meaningful advantages over smaller rivals, including the ability to leverage economies of scale and react to real-time customer trends. Big companies also have the resources to spend heavily on advertising. Of course, the most obvious strength of these companies is the allure of their brands, which have long track records of quality and consumer appeal.


For many years, the luxury industry succeeded with a tried-and-true strategy: Open gleaming stores in premier locations around the globe to serve as magnets for newly affluent shoppers. Destination stores will always be essential touchstones. But now that companies have achieved wide footprints, their store growth has slowed, and prominent retailers fear that piling on outposts in second-tier markets could detract from their cachet.


Instead, online sales and marketing are assuming greater prominence. Digital sales, which account for a bit less than 10% of revenue today, are expected to reach 25% by 2025. More important, the internet is estimated to influence a whopping 70% of sales through brand marketing and the closely watched pronouncements of tastemakers on social media.


An online presence goes hand in hand with branching out to a younger clientele. By one estimate, millennials will make up half of the luxury market within five years, up from roughly 30% today. That’s due partly to the turning of the clock: Although the youngest millennials are 21 today, the oldest are 35, an age at which those advancing in their careers wield ample discretionary income.


The industry as a whole was slow to embrace the internet because of fear that digital marketing would detract from its aura of exclusivity or alienate its core base. That hasn’t happened, as successful brands have struck a balance between attracting newcomers and maintaining the allegiance of traditional clients. Like other industries in the fast-paced digital age, the overall metabolism of the luxury sector has sped up in recent years, with brands stressing fashion creativity and marketing innovation. For example, companies now do monthly “drops,” in which they unveil new inventory in stores to spark customer enthusiasm and word of mouth.


The luxury industry is resilient.


Of course, a perennial concern is the economic backdrop, as hints of slowing growth often spark worries about a potential drag on luxury sales. There’s no doubt that a protracted recession with significant job losses would hurt the sector. But normal economic fluctuations have historically done minimal damage to sales because affluent consumers are insulated from short-term hiccups. Luxury stocks weakened in the second half of 2018 as concerns arose about the global economy, but share prices bounced back afterward as sales remained intact.


Despite recent economic slowing, sales remain solid in China. I expect demand to escalate in coming years as the ranks of the consumer class expand and newcomers are attracted by the social cachet and aspirational value of luxury items.

Lauren Carter is an equity analyst who covers the luxury sector. Based in London, she has 12 years of investment industry experience and has been with Capital Group since 2014.