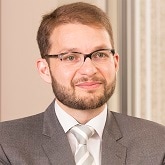 
There is no shortage of tragic events unfolding in Ukraine — from the loss of life to the shattering of international peace accords to the economic damage suffered on all sides of the conflict. But if there is a silver lining to this catastrophe, it may be found among the growing chorus of nations joining to oppose Vladimir Putin’s military aggression.

Russia’s invasion of Ukraine has managed to do in one week what many observers of Europe have agonized over for decades: It has singularly united the European Union. Along with the United States and NATO, Western democracies haven’t been this closely aligned in purpose since the aftermath of the September 11 terrorist attacks.


The most profound shift happened in Germany, with new Chancellor Olaf Scholz signaling radical changes in nearly every sacred pillar of German foreign policy. Among other extraordinary measures, Scholz announced a one-time increase of €100 billion in defense spending and committed to allocate more than 2% of Germany’s gross domestic product to annual defense spending.


Other European nations have signaled their resolve in various ways, including shipping weapons to Ukraine, accepting Ukrainian refugees and looking for alternatives to Russian oil and gas supplies. Russia is a major trading partner for Europe, and it remains to be seen whether the continent can forego key Russian commodities given there are no easy substitutes.


Russia remains one of the world’s largest energy producers


Will this new-found European unity persevere once the Russian threat has passed? I believe it will. It must endure if the EU expects to thrive in a brave new world that has shifted from 30 years of relative peace and cooperation to populist politics, heightened trade tensions and outright military conflict.


While the threat to Europe’s economy is far greater, the U.S. economy probably won’t emerge from this conflict unscathed. Rising energy prices were a problem prior to the invasion of Ukraine and now are moving higher as global markets contemplate a world without Russia’s vast oil and gas supplies.


Could it be bad enough to push the U.S. into recession? I’d put the chances at 25% to 30% by late 2022 or early 2023. The R word is a much bigger issue for Europe, of course, because of its proximity to the crisis and dependence on Russian trade, particularly in the energy sector. Europe is more exposed than the U.S., but both economies could falter if the conflict isn’t resolved soon.


Trade with Russia is a key component of the European economy


With the U.S. Federal Reserve poised to raise interest rates later this month, some market participants are wondering if the Ukraine crisis might give Fed officials a reason to keep rates near zero. Stocks rallied late last week partly on this sentiment, but I don’t see it happening.


The invasion of Ukraine is a shock to the system. It represents an overthrow of the world order we have known for the last 30 years. Markets had a hard time anticipating how this would play out and couldn’t imagine what actually happened. These events further add to the negative investor sentiment present due to rising energy prices, higher inflation and signs of slowing global economic growth.


Since the beginning of the year, we’ve been in an environment where price-to-earnings multiples are experiencing a significant correction, especially at the frothiest ends of the market. If the crisis in Ukraine eventually causes central banks to refrain from raising interest rates, that could be positive for some companies with solid earnings growth that are reasonably valued, especially if oil is not an input for them. With oil prices above $100 a barrel now, that will be a major headwind for energy-dependent companies.


Market shocks have often been followed by market gains


It’s important to remember, however, that long-term investors can still find opportunity in the midst of chaos — be it war, inflation, or recession. There are still many companies that are growing and thriving and innovating, so that’s where I focus most of my time and energy.