Outlook for European equities: modest returns and volatility expected in 2022 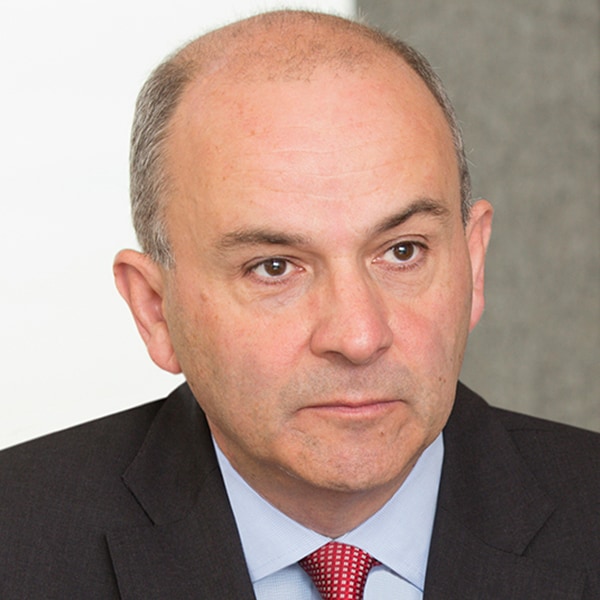 
We have seen strong growth in Europe over the last two quarters as economies have opened up. As we head into 2022, Europe is expected to post an impressive GDP growth rate of 4-5% – particularly in Germany, France, Italy, Spain and the UK – according to Capital Group economist Robert Lind. That’s nearly twice the rate Capital economists are estimating for the United States.

“Most of the major European economies are growing strongly,” Lind explains, “driven by the release of pent-up demand, improving consumer sentiment and booming industrial activity.” Consumer spending has been relatively muted during the pandemic and we have also seen significant weakness in business investment. There are now more positive signs that this is beginning to change.


Coupled with this is continued policy support, not just from the central banks with very loose monetary policy, but also from governments with continuing fiscal support. In particular, the EU Recovery Fund – a collective borrowing facility that was put in place at the height of the pandemic – will give a significant boost to public investment in areas such as the green transition, improvements in public infrastructure, and the digitalisation agenda. Lind believes this is going to be a very significant contributor to European growth, not just this year, but over the next five years, and represents a sustained commitment by European leaders to support their economies.


With continuing fiscal support, we are likely to see further release of pent-up domestic demand in 2022. Households are still running saving rates that are around five percentage points higher than their pre-pandemic levels1. Lower saving should enable households to increase spending even in the event of possible income shocks (e.g. from energy prices). According to the European Commission’s survey of investment intentions2 companies are optimistic about their investment spending in 2022. Persistent supply bottlenecks and robust demand are likely to promote stronger investment spending after a protracted period of weakness.


Despite these forecasts, we are in a highly uncertain economic environment and the rise of the Omicron COVID variant could mean we see a slowdown in growth during the early part of the year. Lind believes there are three principal uncertainties that could cause more volatility in European equities in 2022.


The emergence of the Omicron variant has intensified concerns around another wave of the coronavirus pandemic. Even before the news of Omicron, infection rates were rising rapidly across Europe.  Many European countries are tightening measures to combat the virus, including extending lockdowns, stricter mask requirements, travel restrictions, and mandating vaccines (including boosters).


While there is considerable uncertainty around Omicron, Europe’s economies have weathered successive waves of the pandemic with smaller hits to output/spending. While restrictions could weigh on activity in the near term, Lind believes economies should rebound in 2022 as the pandemic recedes again.


Higher inflation is adding to the uncertainty around economic prospects in 2022. In 2021, headline inflation rates soared across Europe. In the major economies, consumer price index inflation is now well above 2% targets.1 Central bankers have argued this rise in inflation should be transitory as it reflects one-off effects of re-opening economies after the pandemic. But the scale and persistence of this year’s inflation jump has caused some anxiety at the European Central Bank (ECB) and the Bank of England.


Central bankers are starting to worry the inflation jump could be more persistent. To some extent, this reflects the longer-than-expected disruption in global supply chains. Many industries are still reporting acute shortages of materials, equipment and labour. Surveys suggest companies are expecting to raise their selling prices significantly, which could add to inflationary pressure. Tighter restrictions this winter could aggravate the supply problems.


In the UK, an acute labour shortage (exacerbated by Brexit) is putting upward pressure on wages. Underlying wage growth is currently running at around 4-4.5%3, which is above the level consistent with the Bank’s inflation target. In the euro zone, wage growth is subdued, but there are concerns that wage increases could be significant in 2022 as workers and companies embed higher headline inflation in their expectations of wages and prices.


Inflation uncertainty is contributing to market anxiety around how central banks will respond. So far, the ECB has ‘accommodated’ the initial jump in inflation by maintaining nominal interest rates and their asset-purchase programme. But in December the Bank of England announced its decision to raise the bank rate for the first time in more than three years to 0.25%. The ECB also announced it would end its net purchases under the Pandemic Emergency Purchase Programme (PEPP) in March 2022, while reiterating its expectation that it won’t hike policy interest rates in 2022. But with upside risks to inflation, the ECB might yet feel the need to accelerate any policy tightening.


We are likely to see heightened political uncertainty in some countries in 2022:


·       In France, the presidential election in April-May and the subsequent National Assembly elections could trigger some nervousness. The impact of the pandemic on the economy and the health system could further undermine President Macron’s approval ratings.


·       In Italy, Mario Draghi, the current prime minister, could decide to run for the presidency early in 2022. If he becomes president, it isn’t clear if Italy would see the formation of a new government or head to parliamentary elections.


·       The new German government, under Olaf Scholz, will also face some significant challenges in its first year. Alongside geopolitical tensions, Berlin will have to consider when to reinstate its domestic debt brake4 and its approach to changes in the EU’s fiscal rules.


·       In the UK, Prime Minister Boris Johnson has shown his willingness to draw on Brexit to shore up his domestic political support. Over the past few months, there has been mounting speculation the UK would unilaterally suspend the contentious Northern Ireland protocol in the Brexit agreement. So far, the UK has held back for fear of triggering retaliation from the EU. The UK-EU relationship is likely to remain fractious, particularly given strained bilateral relations between London and Paris.


Modest returns for European equities in 2022


Despite these uncertainties, Robert is cautiously optimistic that there could be modest positive returns in European equity markets in 2022.


Sizeable risk premiums in European equities should provide some insulation from any global threats. For instance, if the US Federal Reserve were to move more aggressively to raise interest rates, this could push up US Treasury yields and push the equity risk premium higher. This might also provoke the ECB and the Bank of England to tighten earlier and more aggressively, pushing up European bond yields and squeezing the equity risk premium. But it’s conceivable that, in such an environment, more value-oriented European stocks and markets could generate relatively stronger returns.


US companies have led the earnings recovery reflecting the strong economic rebound, but we are starting to see earnings estimates now increasing strongly in the EU and the UK, driven by financials, energy and materials companies. As earnings recover, European equity markets – especially the UK – have the potential to significantly outpace other regional markets.


Robert Lind is an economist at Capital Group. He has 34 years of industry experience. He holds a bachelor's degree in philosophy, politics and economics from Oxford University.

This website is for Institutional Investors in Australia only.