Against this backdrop, Capital Group economists Darrell Spence and Jared Franz have revisited their outlook for the U.S. economy, including the prospects for a near-term recession. In the following Q&A, they offer their thoughts on the Fed’s dramatic policy shift, the potential impact of new tariffs on China and what it all means for investors.


How have these events influenced your assessment of the U.S. economy?


Darrell Spence: In many ways, the U.S. economy still looks fundamentally healthy. GDP growth is averaging above 2% on an annualized basis. Retail sales are solid. Wages are rising in excess of inflation. Job growth is strong and the unemployment rate is well below 4%. If we just look at the domestic data, the U.S. economy remains in good shape. 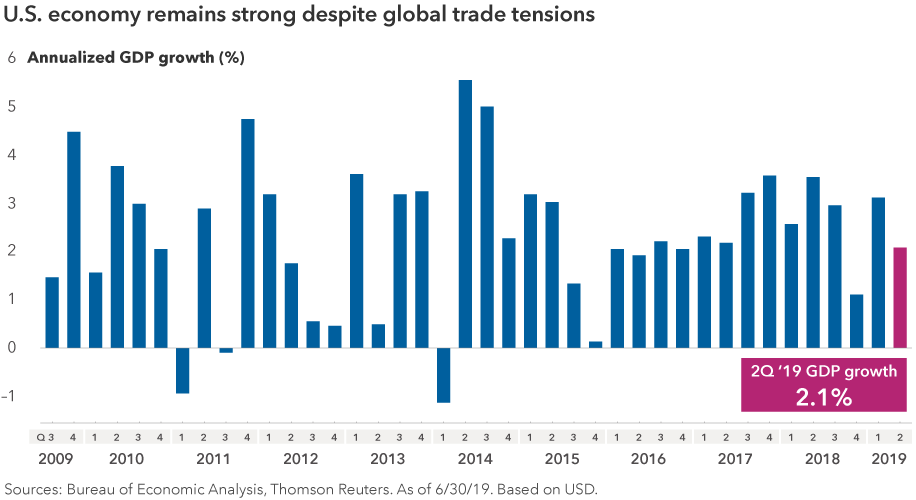 
With the U.S. imposing new tariffs on China later this year and China moving to devalue its currency, the situation is clearly getting worse. It’s hard to know where the tipping point lies. 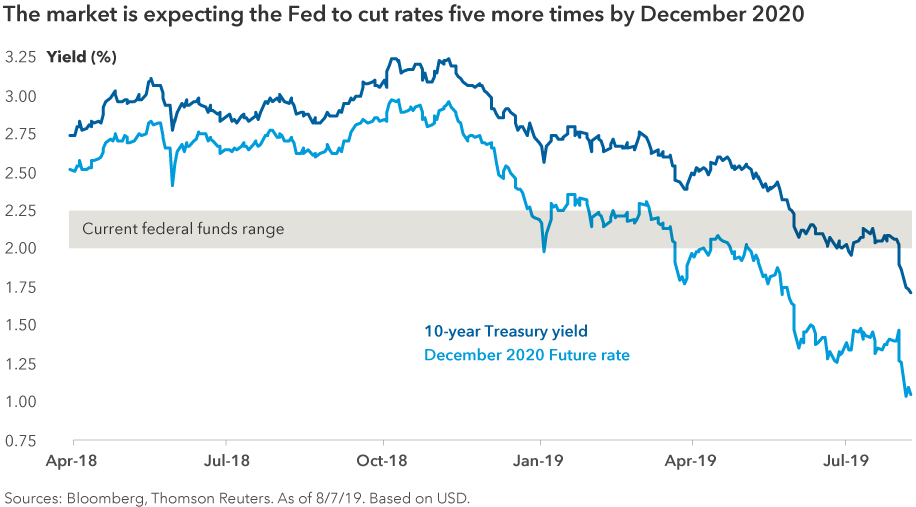 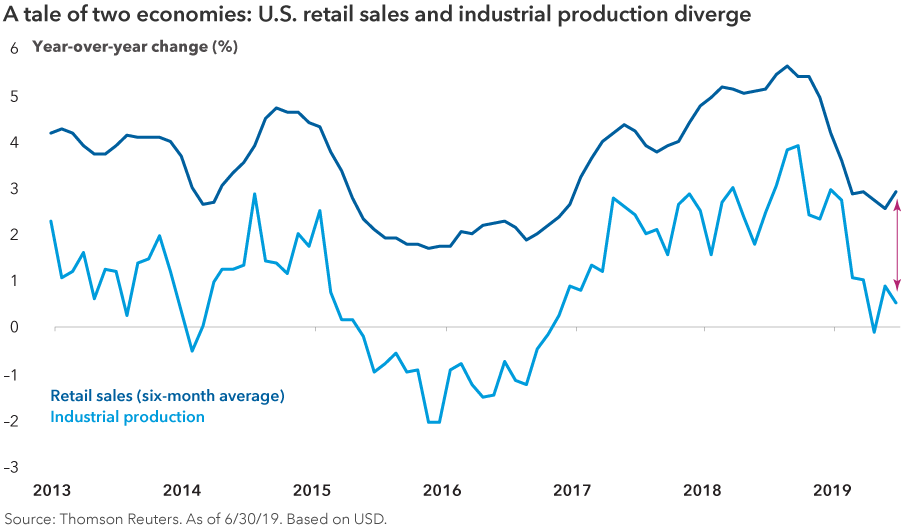 
In this declining rate environment, are stocks or bonds more attractive? 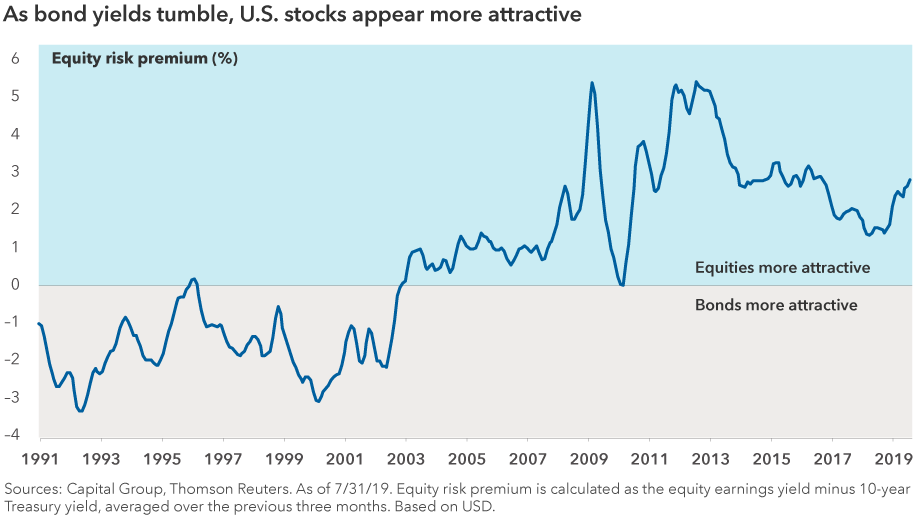 
Overall, U.S. markets and the economy appear to be taking the trade dispute in stride, at least for now. Even with the announced tariff increases in early August and China’s currency manipulation, U.S. stocks are still up more than 17% on a year-to-date basis, and I expect double-digit gains to hold up through the end of the year. 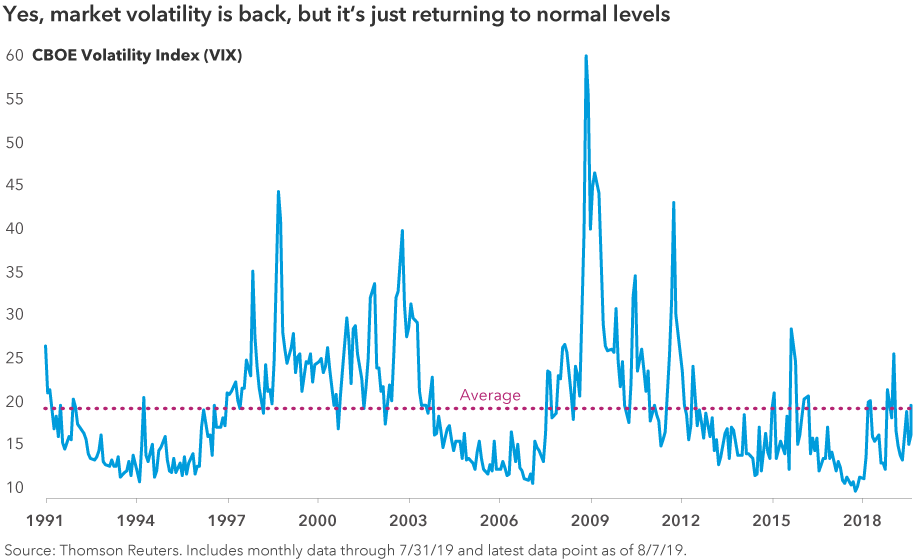 
Darrell R. Spence covers the United States as an economist. Darrell has 29 years of industry experience. He holds a bachelor’s degree in economics from Occidental College. He also holds the Chartered Financial Analyst® designation and is a member of the National Association for Business Economics.

Jared Franz is an economist with 15 years of industry experience as of 12/31/20. He holds a PhD in economics from the University of Illinois at Chicago and a bachelor’s degree in mathematics from Northwestern University.