4 investment opportunities for a net-zero future 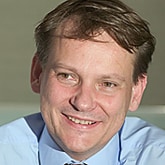 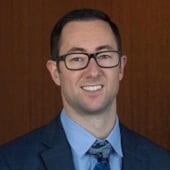 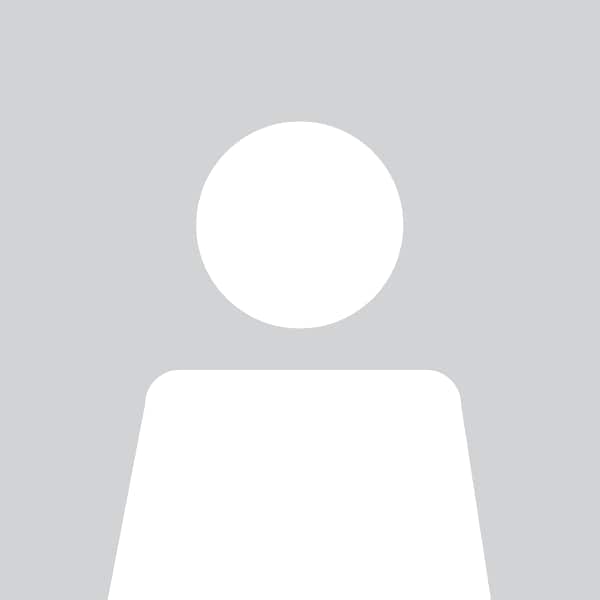 The buzz swirling around the electric vehicle (EV) sector has been front and center for investors looking to profit from the world’s transition to a net-zero carbon economy. Tesla recently skyrocketed to a $1 trillion market cap, joining an elite club that includes Apple and Amazon. And EV truckmaker Rivian completed its blockbuster public stock offering. But electric cars are only part of a much larger story.


The International Energy Agency (IEA) estimates that as much as $4-$5 trillion of annual investments will be needed to achieve net zero by 2050. And the ramifications of the energy transition are likely to be felt widely across many industries, ranging from industrial metals to buildings.


Based on our internal research and discussions with corporate and government officials from around the world, our analysts are weighing investment opportunities in many other sectors that may also benefit in a net-zero world. Here are four areas they are watching closely.


1. Green hydrogen is an essential element of decarbonization


For the world to cut emissions in line with the 2015 Paris Agreement, green hydrogen, a low-carbon fuel made by using renewable energy to split water molecules, is likely to be a critical piece of the puzzle.

Source: International Energy Agency. A joule is a unit of energy. Figures may not reconcile due to rounding.

For industries like steel and chemicals, which consume fossil fuels but are not able to electrify their manufacturing processes, green hydrogen is likely to be a must. There are also plans to use green hydrogen to power ships and create artificial jet fuel. It may also help mitigate the need to develop huge batteries to store clean energy generated from intermittent sources like wind or solar.


Current economics may not work for using green hydrogen at scale, but that is rapidly changing. On an energy equivalence basis, green hydrogen today can be between 50%-100% more expensive than liquified natural gas. But regulatory mandates in Europe and large government subsidies are creating a demand base. If renewable energy prices keep falling and the prospect for higher carbon prices increases, the opportunity should only be expected to grow.

Hydrogen: a fuel for a green future

There are a handful of companies active in green hydrogen right now that should merit a closer look. But investors need to be selective. Given that the production of green hydrogen requires mostly capital costs, and very little operating costs, the potential for early movers to be stranded with high-cost, underearning assets could be a material risk.


2. Industrial metals will be needed to unlock potential of clean technology


The growth of EVs is not just an opportunity for automakers. In order to achieve wide electric vehicle adoption, electric grids need to be improved, charging stations need to be built and the sustainability of the supply chain needs to be addressed. Cobalt, lithium and nickel are important for current battery technology, while the veins and arteries of the green economy run on copper. Rare earth elements are also crucial for renewable power technology like wind turbines.


The ever-increasing demand for some of these key materials, as well as the challenges with procuring some of them, could lead to supply shortages or price increases that could stall the energy transition.


The lithium market could grow from a $3 billion market in 2020 to a $40 billion market in 2030. Copper is a key component in solar panels and wind power systems. If solar and wind capacity grows by around 15% per year through 2030 and reaches 25% of global electricity, annual copper demand growth would increase to around 5% later this decade. And, given the challenges in building new copper mines, 5% annual demand growth points to sustained shortages.


This could also create opportunities for miners. BHP and Rio Tinto, the world’s second- and third-largest mining companies, respectively, have both publicly identified copper as a major area for future growth. Rio Tinto also committed more than $2 billion to a new lithium mining project in July. It is also worth watching companies like Hochschild Mining, which are seeking cleaner alternatives to producing rare earths. But selective investing will be important, as there is a risk that new technology could reduce reliance on some of these materials, as well as others (i.e., coal). For example, as new battery technology is developed, nickel and cobalt may be at risk of being phased out, and lithium could face significant oversupply once recycling picks up.


The steel industry is responsible for approximately 8% of total global CO2 emissions, and it will take more than clean electricity to clean it up. But while “green steel” is still in its infancy, demand from sustainable investors and companies looking to go green appears to be picking up. Governments in Western Europe are also committing large sums to develop a green steel industry. Currently, the standard level of state support looks to be around 50% of capex. That is almost enough to make the other 50% an economic investment for a steelmaker, even before carbon pricing and border adjustments are factored in.


On the demand side, Swedish automaker Volvo has announced plans to begin producing cars with green steel by 2026 as part of its quest for carbon neutrality by 2040. Likewise, Germany’s Daimler recently purchased a stake in a Swedish green steel start-up and could begin using its products in Mercedes-Benz vehicles as early as 2025.


Carbon capture, utilization and storage (CCUS) technology will also play a major role. CCUS will be needed to mitigate the steelmakers’ direct emissions as well as to create “blue” hydrogen, which comes from natural gas.

The net-zero pathway for the steel industry

How the steel industry outside of Europe decarbonizes is less clear, but momentum is building. In China — the biggest steel producer, by far – the government and state-owned enterprises are working very fast on solutions (most often green hydrogen). In the U.S., roughly half of the steel industry has committed to net zero by 2050 despite not yet having all of the technical details resolved. Steel companies in most other jurisdictions are looking for solutions and presenting to investors on how they might decarbonize over time.


Buildings, which use more energy and pump more CO2 into the atmosphere than the entire transport sector, will also need massive investment to go green. Electrification and clean energy will be vital in cutting building emissions, but more will be needed to get to net zero.


Dollar for dollar, one of the most effective ways to reduce greenhouse gas emissions in buildings is to improve air conditioning efficiency. It’s been estimated that replacing refrigerants that damage the atmosphere could reduce greenhouse gases by 90 billion tons of CO2 by 2050.

The reduction could be twice as much if air conditioners were also made more energy-efficient. Regulations that require the replacement of older systems with more energy-efficient products in Europe and elsewhere could underpin a long-term tailwind for companies like Daikin, the world largest A/C maker, that can provide those systems.


The green heating market is also wide open, with many potential solutions. Along the same lines as A/C, keeping houses and buildings warm in cold climates consumes more fossil fuels than either electricity generation or transportation. Key beneficiaries could include industrial companies like Sweden’s Nibe, which specializes in highly innovative, energy-efficient heating products. Heat pump penetration in Europe and North America is still less than 5%, but that is set to rise significantly as conventional systems are replaced with energy-efficient solutions. Some governments, such as the United Kingdom’s, have actually planned to ban the installation of gas-fired boilers in new homes beginning in 2025.

To hit net zero, buildings will also need to reduce their overall energy consumption, and our equity analysts are closely watching companies that can help make that happen. Companies providing high-quality insulation materials for commercial and residential buildings can be particularly compelling. Insulation is one of the best ways to increase energy-efficiency in buildings and can offer an excellent payback for building owners. Building management technology that can reduce energy waste is also set to be in high demand.


After the United Nations’ COP26 climate summit, many critics have said the world may not be moving fast enough toward net zero, but it is moving. And the direction of travel is clear.


For many of the biggest emitters, the first key will be electrification. If that falls short, they will need to turn to clean fuels like green hydrogen. And if that doesn't work, their best bet will be carbon capture and storage. Some may think that is an overly simplistic view, but it gives us an easy way to think about the net-zero trajectory for different industries. And for investors, it can provide a roadmap for where opportunities may arise.

Douglas Upton is an equity investment analyst at Capital Group with research responsibility for global metals & mining companies. He has 32 years of investment experience and has been with Capital Group for 16 years. He holds both an MBA and a bachelor’s degree in mathematics and physics from the University of Western Australia.

Kimberly Zhang is a participant in the Capital Associates Program, a two-year series of work assignments in various areas of the organization. Earlier in her career at Capital, she was a research associate with the fundamental research group. She holds a bachelor’s degree in business administration from the Tepper School of Business, Carnegie Mellon University.