When it comes to getting online, China and India still have room to run
December 05, 2016

Only half of China’s and a quarter of India’s population were internet users in 2015. 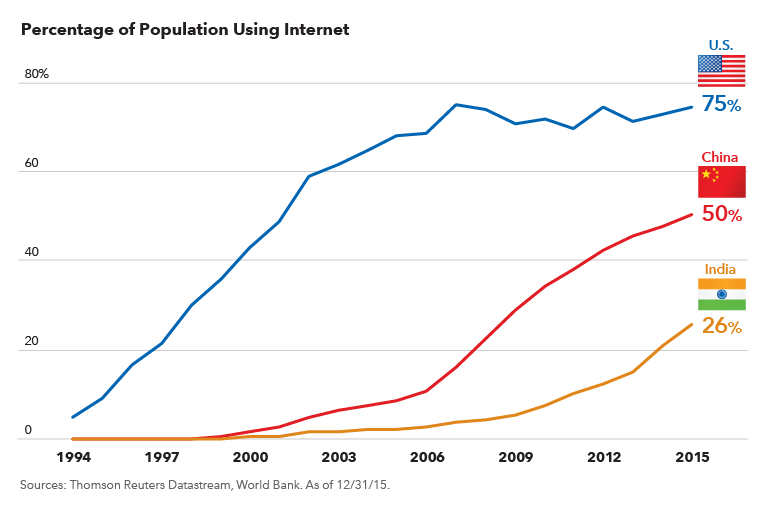 Technological advances of the past two decades continue to connect the world at speeds never seen before. Despite rapid modernization, however, China and India still lag well behind the U.S. when it comes to internet penetration. Only 50% of China’s population and a miniscule 26% of India’s population were internet users in 2015. These two countries still have significant progress to make in order to match the U.S.’s 75% rate. As these populous nations narrow the gap, rising internet penetration could serve as a tailwind for e-commerce companies looking to grow their footprint in emerging markets.