There are quite a few reasons. Non-U.S. companies are starting to put a greater emphasis on profitability and shareholder returns. We’re seeing broad-based strength across a number of international markets, not just one or two. We’re also seeing strength across all sectors. The European economy has stabilized. Japan appears to be headed in the right direction. And many emerging markets are as strong as they’ve been in quite a while. Dollar weakness has also helped. Additionally, Europe and Japan took longer than the U.S. to recover from the global financial crisis so, arguably, they have more room to run. For all of these reasons, I remain positive about the outlook going forward. 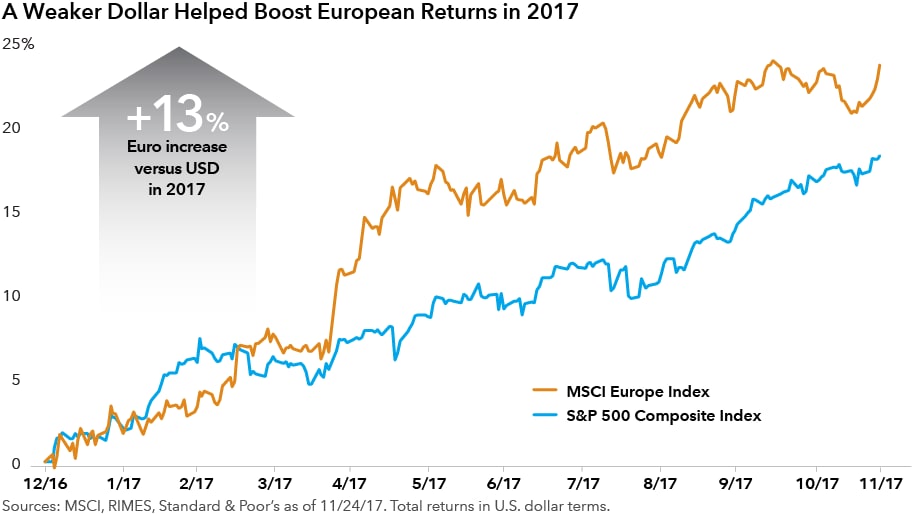 
Carl Kawaja is chair of Capital Research and Management Company, part of Capital Group. He is also an equity portfolio manager. Carl has 35 years of investment experience and has been with Capital Group for 28 years. He holds an MBA from Columbia and a history degree from Brown.