What does a flattening yield curve mean for the economy?
March 18, 2018 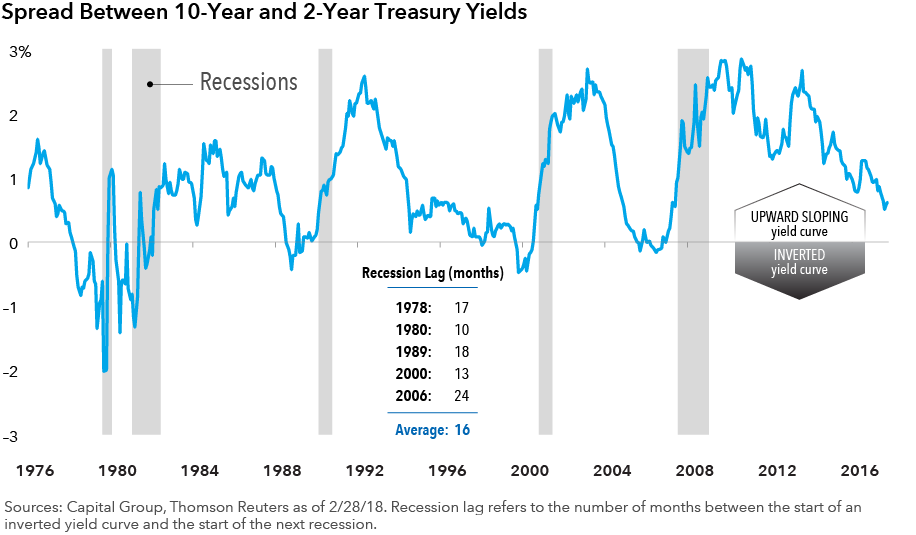 An inverted yield curve is one of the most often quoted precursors to the start of a recession. In between each of the last five recessions, the spread between 10- and 2-year Treasury yields has been negative, a proxy for an inverted curve. But even if evidence supports this trend, it is not an indicator of timing. Over the last five cycles, the start of a recession has ranged from 10 to 24 months following the first month of a negatively sloped yield curve.


The U.S. curve has flattened in recent years and will likely be inverted at some point. That trend could point to the U.S. being in the late cycle of its current expansion, but not necessarily at the end. Investors should consider this potentially bearish signal as just one data point within a bigger picture, while many positive signs remain. In fact, the global outlook remains relatively bright as most economies continue to expand.