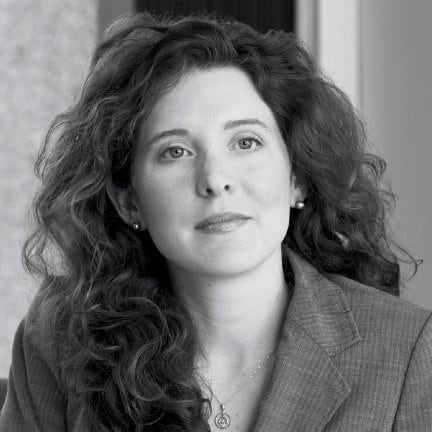 
Sure, we’ve been hearing about the advent of the electric car for a long time. But evidence is mounting that it has already arrived — ahead of schedule.


Consider this: General Motors announced in January that it will stop manufacturing gas- and diesel-powered cars by 2035. This after Volkswagen, Europe’s largest automaker, disclosed plans to invest $86 billion to develop electric vehicles, digital factories and self-driving cars over the next five years.


The International Energy Agency expects global EV sales to rise 28% a year over the next decade. But with emissions standards tightening worldwide and EV costs becoming increasingly attractive to consumers, those estimates may be too conservative, says equity investment analyst Kaitlyn Murphy.


“New developments will potentially make EVs cost competitive not only with new gas-burning cars but with the entire fleet of cars on the road, including used cars,” says Murphy, whose research responsibilities include U.S. automobile and components makers. “That’s about 270 or 280 million vehicles in the U.S. If you take a long-term view, that suggests there could be much stronger growth than the market expects.”


Indeed, the emergence of battery-powered cars is changing the economics of the global auto industry, Murphy says. As companies build out their EV fleets, they are also building a base of potential service revenues — for managing your battery or providing updatable software that can improve consumer experience and the safety of the car.


“Whether they are legacy automakers or startups, the companies that can embrace structural change and introduce these advancements quickly have a better chance of winning over the long term,” Murphy adds.


The global race is on


Estimates vary widely on how quickly electric cars will dominate the roads, but there is wide agreement that the days of gas-powered engines are numbered.


Shifting public opinion on fossil fuel, government policy and rapid innovation have given new urgency to the rollout of EVs. The adoption curve has steepened in the last five years thanks in large part to government incentives and tighter emissions standards for gas-burning cars.


China and Europe have been particularly aggressive in providing subsidies and setting tight restrictions on fossil fuel emissions. As a result, these regions have been leaders in EV production, a trend that’s likely to continue for the next decade.


Asia, Europe likely to maintain dominance in EV production through 2030


There are reasons to believe other markets could catch up faster than expected.


Today, EVs are approaching a tipping point where they will become cheaper to buy than traditional cars even without government subsidies. “It’s undeniable that EVs are becoming more affordable and more popular,” says Wenjie Ge, an equity investment analyst who covers Asian automakers. “And the biggest driver of that change is rapidly falling battery costs.”


Today EV’s typically run on a 40-60 kilowatt lithium-ion battery pack, which accounts for about a third of the vehicle cost. Electric cars become cheaper than conventional cars when the battery cost drops under $100 per kilowatt hour (kWh). Over the last decade, the average price has fallen from $917 per kWh to about $137, according to a Bloomberg analysis.


“In China — already a leader in battery production — battery costs for some vehicles have already reached the $100 threshold, years ahead of previous estimates,” Ge says. “And they are expected to fall under $60 by 2030.”


As a result, EV makers have recently been introducing models with lower prices, better performance and longer range. Typically, EV batteries can provide 200 to 400 miles before needing to be recharged. Among the companies leading the charge for cheaper, better batteries are CATL in China, LG Chem and Samsung SDI in Korea, and Tesla in the U.S.


For the consumer, it’s not just a lower sticker price that will make EVs more compelling. “You're thinking about what an EV can be from a total cost of ownership versus the internal combustion engine,” Murphy notes. For example, typical battery-powered cars will have far lower maintenance and running costs than cars that burn fossil fuels.


Gasoline is an acidic, corrosive liquid that tends to wear down engines, so regular maintenance is required. The U.S. Department of Transportation has estimated that the average American driver spends about 12 cents a mile on gasoline and 9 cents on maintenance.


“And electricity is generally cheaper than gasoline, so running costs are lower over the life of the car,” Ge adds.


Another important innovation that will not only drive cost considerations, but also transform the total customer experience is the introduction of software-defined EVs. The software can receive over-the-air updates to improve functionality and safety while also providing entertainment.


Of course, these over-the-air updates aren't going to solve all challenges associated with cars, but more innovative manufacturers will be able to make vehicles that can learn and improve, become safer and introduce more services over time, Murphy says.


“With that approach, an EV maker can reverse some of the severe depreciation associated with older cars,” she notes.


Murphy says she is seeking to identify the companies with the potential to not only make money selling the cars but also roll out subscription packages that include managing your battery, providing in-vehicle entertainment, improved safety and self-driving technology.


“It’s important to identify who can build this out the fastest,” she says. “Another question I ask myself is how much better is this product going to be, through the software updates, in five years than it is today?”


Just down the road: Driverless cars


Perhaps the most important software update for some models will be the potential for autonomous driving. It seems like we’ve been hearing that driverless cars are only five years away for about 10 years, but as essayist and writer William Gibson once quipped, “The future is already here. It’s just not very evenly distributed.”


Waymo, Google’s driverless car division, has been testing vehicles in the Phoenix area since early 2017. Cruise, its counterpart at General Motors, is testing fully driverless cars in San Francisco, while Chinese startup AutoX has deployed an autonomous fleet in Shenzhen without backup human drivers.


“Over the next few years, they'll begin to launch in more markets, and investors will begin to understand this is a real business, not a science project,” says equity portfolio manager Chris Buchbinder. “By 2030, I believe we will have widely deployed fleets of autonomous electric vehicles operating in most major and many secondary cities around the world. Many people will still have vehicles — just like people ride horses or bicycles for fun — but ownership of personal vehicles will go from being a necessity to a luxury.”


Indeed, advances in electric and driverless vehicles represent transformational change that is likely to redefine the industry in the coming years. Although EVs are on the threshold of profitability, some models will get there sooner than others. “As investors in companies, not industries, our job is to identify those likeliest to produce cars that can generate earnings over the long term,” Ge says.


In 2020, the clear leader was Tesla, a pioneer in battery technology and vehicle software initiatives. Other front-runners included Volkswagen, which has invested heavily in EV production, and BYD in China. Going forward, those companies quick to embrace structural change and rapidly adapt have a better chance of success over the long term, whether they are auto industry titans or startups.


“There’s a widely held assumption that, with change this disruptive and with startups already competing for market share, it will be hard for incumbents to survive,” Murphy says. “Incumbent automakers must contend with writing off old manufacturing facilities, managing relationships with suppliers and shrinking profit margins. However, they also have vast resources and global manufacturing capabilities. Startups don’t have the associated cost burdens but could struggle to ramp up manufacturing.”


But don’t count the incumbents out just yet. Look at GM, where CEO Mary Bara is disrupting the company from within. In addition to going all-electric by 2035, GM has been investing heavily in Cruise, its self-driving unit.


“This is not an opportunity of the moment, but for incumbents and startups alike it has the potential to become a powerful software and intellectual property business model that has compelling economics to the consumer and to society in terms of safety,” Buchbinder says.


The transformation of the global auto industry will have sweeping implications for other industries, including energy, utilities, manufacturing, mining and insurance, to name a few.


“With wider adoption of electric vehicles, we could see peak oil consumption in a few years,” Ge says. Of course, much of the world’s electricity still comes from burning oil, coal and natural gas. What will be needed: more charging stations, more power generation and ultimately cleaner power generation. “In Germany, for example, half the electricity generated from the grid comes from renewable sources. In other countries it is 20%.”


Over time, utilities will need to generate more electricity, eventually from a greater mix of clean sources. In other areas of the economy, demand could soar for raw materials like nickel, cobalt and lithium that are used in batteries.


“This could have geopolitical implications as governments and companies compete for access to these materials,” adds Ge.


Even insurance providers and media companies will be part of the story. “Electric vehicle makers aren’t just building infrastructure around share of miles. They are also looking to take share of wallet from insurance companies, utilities, media and more,” Murphy concludes.


With massive disruption across this global industry, we’re likely to see extraordinary changes in the years ahead that will require professional investors like Murphy, Buchbinder and Ge to keep their eyes on the road. Buckle up for an electrifying ride.


Kaitlyn Murphy is an equity investment analyst who covers U.S. chemicals and automobile & components manufacturers and railroads for the U.S. and Canada. She holds a bachelor's degree in organizational studies from Brown.

Wenjie Ge is an equity investment analyst at Capital Group, with research responsibility for Asian autos and telecommunication companies in North Asia and Greater China as well as transport in Greater China. He holds a bachelor’s degree in natural sciences from the University of Cambridge. Wenjie is based in Hong Kong.

Chris Buchbinder is an equity portfolio manager with 25 years of investment experience. He holds bachelor's degrees in economics and international relations from Brown University.