Hike number nine was, at first glance, business as usual for the U.S. Federal Reserve. The target federal funds rate range now stands at 2.25%–2.5%, following the widely expected move to raise rates by a quarter percentage point on December 19.

Yet in terms of what comes next the Fed’s stance has changed. Here’s why: In October and November 2018, a stronger dollar, wider credit spreads and weak equity markets all contributed to tighter financial conditions.

In the wake of this volatility, members of the Fed’s rate-setting committee have struck a more “dovish” tone. Put another way, their appetite for significant further rate hikes seems to be diminishing.

What might be on the cards for 2019 and beyond?

The Fed’s estimate of future rate hikes in 2019 — the closely watched “dot plot” — has declined from three to two. Importantly, the Fed has made a point of reminding the market that its decision-making is “data dependent.” That means their policy stance will evolve with financial and economic conditions. Bond investor expectations also have shifted, with market pricing suggesting zero or only a single hike is the most likely outcome next year. 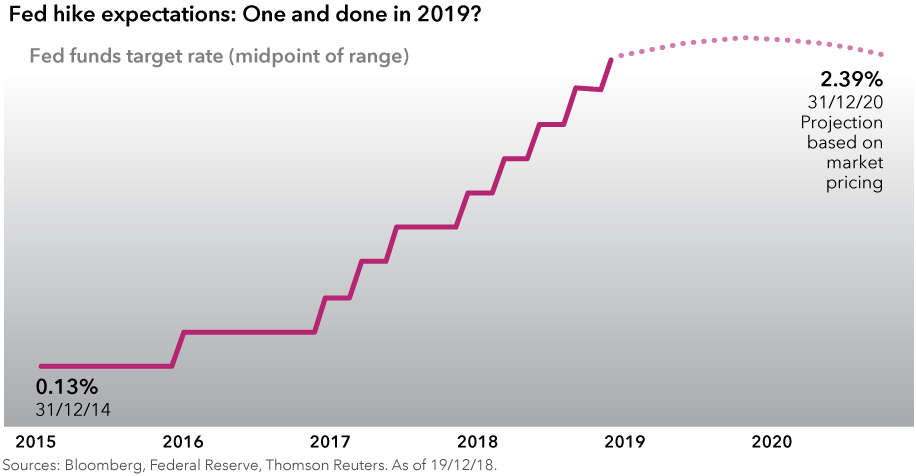 The market’s view on rates in 2019 seems reasonable given the current backdrop. U.S. economic data have remained decent overall. The expansion has been solid, with GDP growth likely to come in above 3.3% for 2018. Manufacturing activity as measured by the Purchasing Managers' Index* (PMI) is averaging 59.2 YTD, and wage growth has picked up to around 3%.

On the other hand, recent core inflation — which excludes volatile food and energy prices —has been slightly weaker than anticipated. A drop in fuel prices prompted headline inflation to fall from 2.5% year-on-year in October to 2.2% in November. The Fed’s preferred inflation gauge, the core Personal Consumption Expenditures (PCE) index, remains below its 2% target.

Several large storm clouds also loom over U.S. economic prospects, such as simmering trade tensions between the U.S. and China and uncertainty over the fate of Brexit. Markets also have been spooked by a recent inversion of the U.S. Treasury yield curve.

Looking further out, markets have also shifted rate expectations in 2020 and 2021 from a Fed that is more likely to raise rates to a Fed that is more likely to cut. This market view seems reasonable. With the effects of fiscal stimulus wearing off in 2019, and growth in China and Europe softening, it may be difficult for the U.S. to continue to anchor the global economy. Recent business investment has not been robust and that can further dampen future growth prospects. The probability of rate cuts in 2020 and 2021 should indeed be higher than that of additional hikes. Tom has research responsibility for interest rates. He has 11 years of investment experience and joined Capital in 2016. He holds an MBA from MIT and a BA from Boston College. 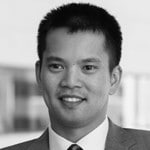