Now that the results of the U.S. elections are coming into focus, investor attention is shifting to the policy implications of a Joe Biden presidency. Bottom line: Don’t expect big, sweeping changes in the years ahead.

“Assuming the base case of a divided government holds, major tax increases should be off the table at least for the next two years,” says Jason Bortz, senior counsel at Capital Group who specializes in tax and retirement plan issues. “I think the 2017 tax cut bill — President Trump’s signature achievement — will stand.” 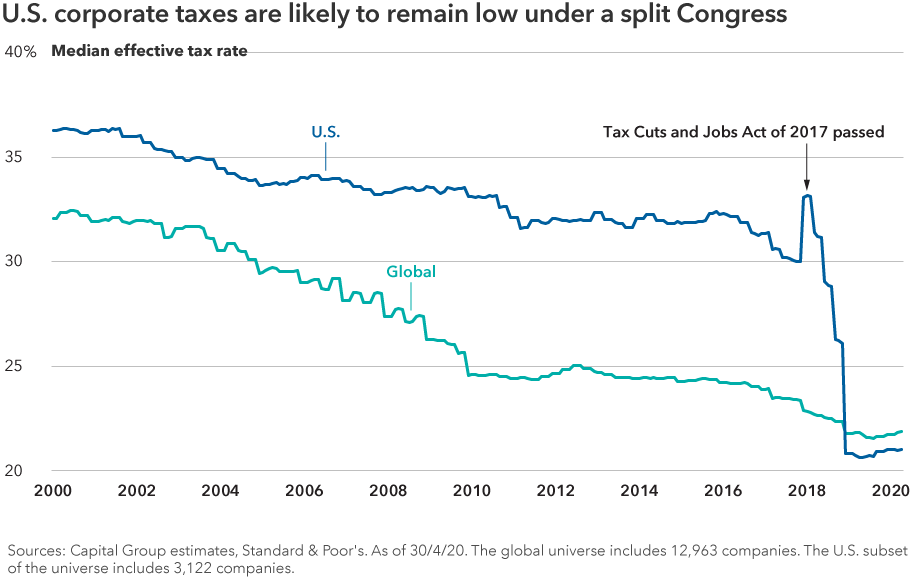 Other Biden administration priorities may include: a modest infrastructure spending bill, immigration reform and drug pricing reform — all of which have some level of Republican support. The environment and climate change probably will move front-and-centre, as well, including policies to encourage green investing and more disclosure related to environmental, social and governance (ESG) matters. 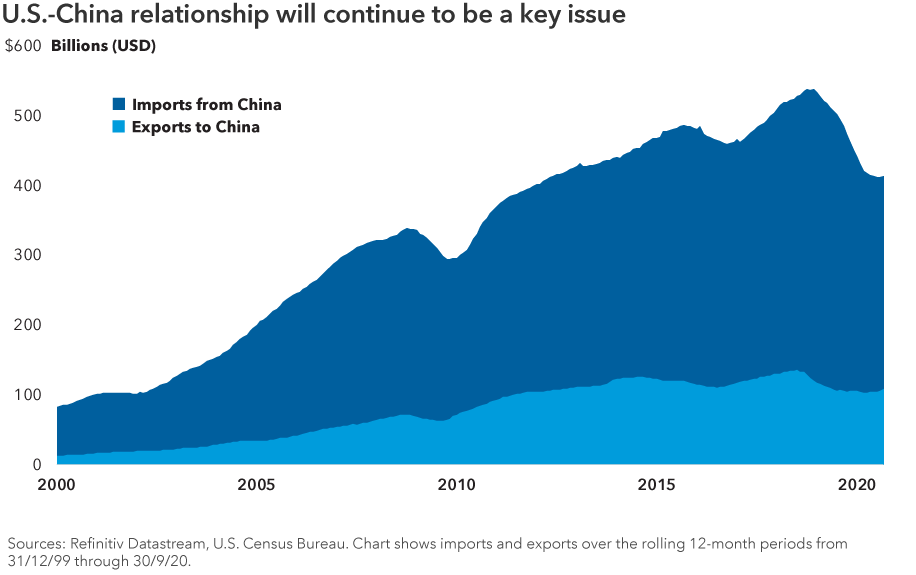 "Overall, the trajectory of the U.S.-China relationship is becoming clearer and the fundamentals would not be different under a Biden administration," Thawley says. "The intensity of the strategic competition will not have diminished. In a few years, we could end up with a much more tightly defined but still substantial bilateral economic relationship."

Jason Bortz is a senior counsel at Capital Group. He has been practicing law for 22 years and has been with Capital Group for eight years. Throughout his career, Jason has worked on tax and retirement plan issues. Prior to joining Capital, Jason was a partner in a Washington, D.C., law firm. Before that, he was a law clerk for a federal court of appeals judge. He holds a juris doctor degree from Cornell Law School and a bachelor’s degree in philosophy from Hamilton College. He is a member of the California, New York State and Washington, D.C., bars. Jason is based in Los Angeles.

Michael has been with Capital Group for 10 years. Before joining Capital, he worked as Australia's ambassador to the U.S., secretary to the Prime Minister and head of the Australian public service.