But how often do market corrections turn into entrenched bear markets? Not very often. In fact, a review of the U.S. equity market shows that there have already been six market corrections since the current bull market started in 2009. 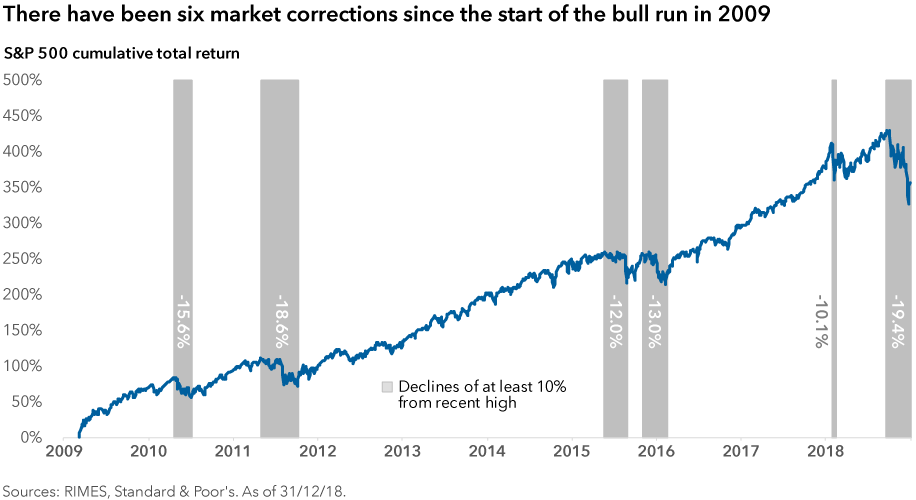 Below are five key points to keep in mind when thinking about market declines:

Market pullbacks are more common than some may think. Even a 5% decline over a short period can feel unsettling, but they occur on average three times per year. Market corrections of 10% or more are also surprisingly common and have happened on average once per year.

While markets may seem pessimistic during periods of heightened volatility, they often bounce back quickly. Despite averaging a double-digit correction per year, 31 of the last 41 calendar years have finished with positive returns. 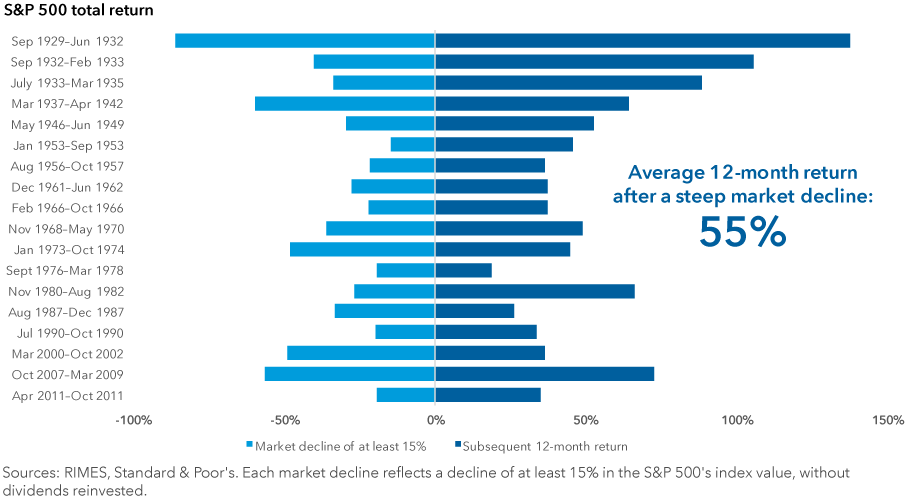 3. Bear markets have been rare outside of a recession.

Over the last 50 years, only eight of 36 market corrections have been classified as bear markets. Most bear markets coincide with recessions, which are also relatively infrequent. In the absence of a recession, a growing economy can still spur positive corporate earnings growth, which supports equity prices. Market declines outside of a recession have tended to be shorter, and rebounded much quicker, than those during a recession. 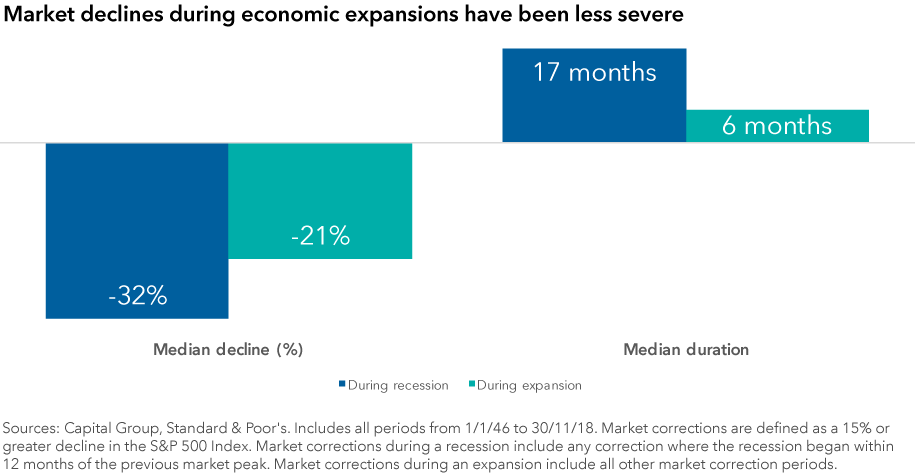 At this time the imbalances don’t seem extreme enough to derail the economy in the near-term, but they do suggest weakness sometime in 2020, according to our economists. If monetary policy continues to ease, the ramifications of those imbalances could be pushed down the road.

4. Even bear markets have been relatively short-lived.

A long-term focus can help investors put bear markets into perspective. Since 1949 there have been nine periods of 20%-or-greater declines in the S&P 500. And while the average 33% decline of these cycles can be painful to endure, missing out on part of the average bull market’s 263% return could be even worse. 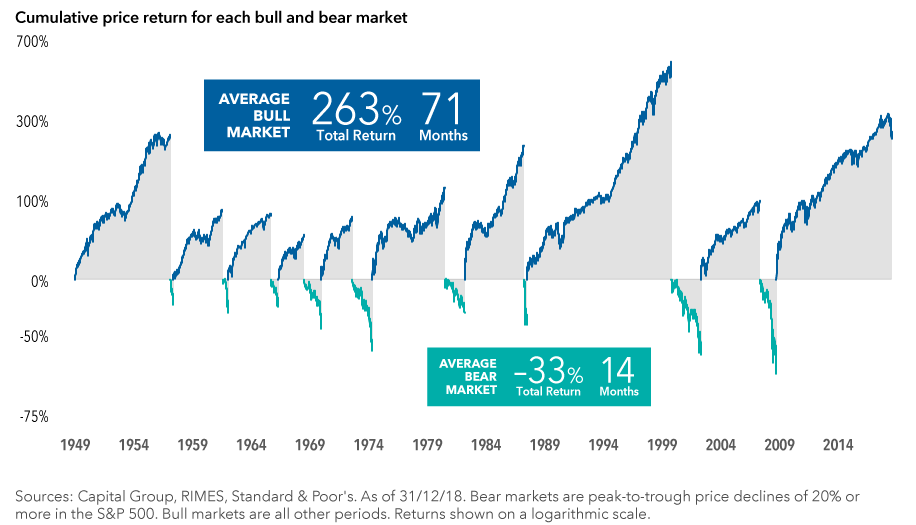 Buy low and sell high — it’s one of the most commonly quoted investment phrases, but all too often it’s the exact opposite of how most investors actually behave. Looking at U.S. equity asset flows since the start of the 2008-09 bear market illustrates this.

In 2009, as markets bottomed to levels not seen in more than a decade, investors were net sellers. This continued even as markets rallied strongly over the next few years. It wasn’t until 2014 that investors became net buyers again after they’d missed out on some of the best returns in years. Asset flows reached record levels in 2017 and 2018 — more than eight years into a bull market when markets were reaching all-time highs and valuations were elevated 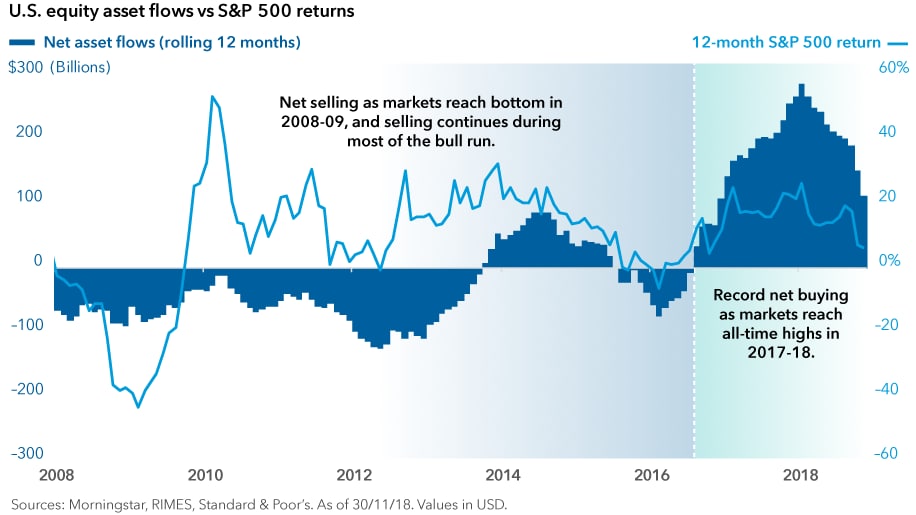 Market declines can be painful to endure, but rather than trying to time the market, investors often are better served by periodically examining their holdings to ensure they are ready for elevated volatility.