What does heightened China risk mean for investors?

In July, China’s equity market suffered one of its worst monthly declines in a decade amid escalating regulatory pressures. The steep fall has raised concerns about the risks and outlook for investing in Chinese equities.

We asked Noriko Chen, a portfolio manager and member of the Capital Group Management Committee, and portfolio manager Victor Kohn to share their perspectives on recent developments and potential investment implications. Noriko and Victor each have more than 25 years of experience investing in China and are portfolio managers on emerging markets-focused strategies.

What should we make of the recent spate of regulations, particularly those aimed at the education and technology sectors?

Looking at it in a broader socioeconomic context, China’s government wants social and economic stability. Everything related to people’s lives need to be affordable - education, healthcare and property. Anything against those efforts is likely to be tightly regulated. China’s other major goal is national security, which means control of data and great self-reliance in technology.

China wants to do more to build up and strengthen the capabilities of its domestic economy. This has been previously articulated in its dual-circulation strategy; it took on greater urgency after the US banned telecommunications giant Huawei and pressed other countries to do the same. We still think Communist party officials want to help support domestic companies that can develop superior capabilities that rival global competitors in a number of areas such as technology and health care. At the same time, they want to make sure that when and where there are sensitive issues such as data privacy that companies follow government guidelines.

Beijing is saying it wants greater control, but that does not necessarily mean government wants to punish any company that makes too much money, or to sharply curtail the profitability of some of the country’s most successful companies.

Let’s talk about a few areas that have been the focus of regulation. What about the internet platforms?

For the internet platform operators, the likely aim is to curb monopolistic and oligopolistic power and behaviour, such as forcing merchants to sign exclusive contracts, and to limit predatory marketing practices. We believe the objective of this regulation is to foster greater competition and create an environment where smaller businesses can thrive and consumers of those particular products pay lower prices, whether it be business-to-consumer or business-to-business.

This may mean the dominant internet companies have to open their mobile-based internet platforms to competitors. We could also see greater scrutiny of potential acquisitions. In the long-run, increased competition might be a healthy development but in the near term, we could see greater earnings volatility.

On the data front, the government has been more focused on cybersecurity and data privacy requirements since 2017 when the Cybersecurity Law went into effect. Since then, China has implemented and drafted additional laws that are increasingly strict in multiple areas, from national standards requiring localisation of cloud infrastructure in China to expanding personal information security and protection where information needs to be stored onshore in China.

Potential implications for companies may include changes similar to those recently enacted in the European Union, regarding obtaining and using personal data and where data may be housed. This could result in more companies localising infrastructure, ring-fencing data domestically (i.e., putting limits on data so it can only be used by particular persons or for a particular purpose), and even a preference for Chinese companies to list on the country’s domestic stock exchanges.

What about online education? The after-school tutoring business has been largely shuttered. What other areas are vulnerable?

These for-profit education companies were viewed as widening the economic gap as public schools were losing quality teachers to after school private tutoring, where salaries were higher, and thus were perceived to be hurting lower- and middle-income families. The after-school tutoring also led to very long school days.

No doubt, what happened in online education may extend to other industries, such as video gaming and streaming services, where there reportedly is pressure to enact more rules. Restrictions already exist to reduce the time students and young adults spend on online gaming and streaming. For private sector companies, this may hurt average revenue per user, lower profitability and  increase compliance costs.

The housing market is another area of regulatory focus. What impact do you see?

Property developers continue to face increased regulation as the government seeks to curb excessive risk and debt in the country’s financial system. The government is focused on future economic growth, and excessively high property prices hurts housing affordability. This might lead some families to have fewer, not more children, at a time when the government has removed its onechild policy due to the country’s aging population.

Looking ahead, there could be pricing restrictions in certain areas or cities. Developers may also become subject to certain financial requirements in terms  of acquiring more land sites or developing projects. If this occurs, this could potentially lower a company’s long-term return on invested capital and impact its valuations. This would have the effect of transforming Chinese property developers into quasi-utilities with controls and regulations on their profitability.

Do you expect to see further regulation?

We anticipate more regulatory actions, and there could be further guidelines in areas such as consumer finance, online gaming and mobile apps.

In some areas such as cybersecurity and digital commerce, current rule-making and stricter enforcement parallels to a degree the efforts by policymakers in the US and Europe to regulate the digital economy and protect consumers.

As a result, we may continue to see increased volatility in China’s equity markets in the near-term, and this may suppress valuations and elevate risk premiums This current predicament reinforces the need for deep company-by company research when it comes to investing in China.

And amid this sharp selloff in the Chinese equities, we are weighing potential opportunities to invest in unique companies with dominant market share positions whose absolute valuations are much more palatable at current levels.

Which sectors could benefit from these recent policy pivots and regulatory actions?

While certain companies and industries face heightened uncertainty, other business areas that are more aligned with the government’s priorities may present investment opportunities. Some examples are:

Green energy is a priority, and companies helping to facilitate the transition toward cleaner energy in China could benefit from increased investment. Reduction in carbon dioxide emissions is a global priority and China has been making steps in this direction, including enacting policies aimed at curbing coal and increasing natural gas usage. The country has an aging population and pollution has led to falling fertility over the past decade, making clean air a higher priority.

Electric vehicles (EVs) are also linked to the desire for reduced emissions and pollution. EVs require far fewer parts than internal combustion engine vehicles, and their economics are more leveraged to battery costs in addition to manufacturing scale. Chinese EV makers have an advantage due to subsidies, their low cost of capital, the development of batteries and separators domestically, and their ability to manufacture at scale. As a result, China is the largest producer of EVs globally and is poised to play a much larger role in the global EV market.

Pharmaceuticals and medical innovation have been areas of focus since 2015, based on improving access to quality medical care in China and reduce reliance on foreign imports. Regulatory reforms have drastically improved the landscape for both foreign and domestic companies and helped to bring China closer to global standards. A large number of Chinese scientists who were educated and/or employed in the US and Europe have been returning from overseas to help create world-class companies involved in drug development, testing and manufacturing. This has also attracted large sums of venture capital.

Import substitutions are key to China’s effort to reduce its reliance on foreign suppliers and part of the government’s dual-circulation strategy. While import substitution spans a range of industries, the semiconductor industry is of strategic importance. China’s government is keen to bolster their capabilities in semiconductor design and manufacturing, especially after the US banned telecommunications giant Huawei and pressed other countries to do the same.

Software and information technology services are also areas of strategic investment for the government. These are underdeveloped industries and enterprise-focused companies which could benefit from increased investment while avoiding regulatory pressure aimed at consumer-facing tech companies.

Does China care about its equity markets and corporate profitability?

From our experience of investing in China, we think the government is sensitive to market concerns even though the objectives of party officials can be opaque. In this latest selloff, Vice-Premier Lui He and representatives from China’s Securities Regulatory Commission actively reached out to global investment banks and other market participants in an attempt to calm market concerns. They reiterated their continued support for the stock market and private enterprise, including overseas listings. They also emphasised their commitment to further opening China’s financial markets to foreign investors.

This latest bout of market turbulence underscores that investing in China involves greater risks. Since Capital Group began investing in China nearly three decades ago, we’ve learned that it is possible to identify good investment opportunities through the ebbs and flows of regulation and economic downturns. It remains a classic stock picker’s market, with a growing number of high-quality companies and ongoing innovation, so we believe it’s important to invest on a company-by-company basis to gain an appropriate comfort level. 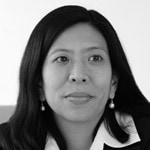 Noriko is an equity portfolio manager with 30 years of industry experience as-of 31/12/20. She holds a bachelor’s degree in economics from Williams College and a degree in the Japanese Language Bekka Program at Keio University, Tokyo. 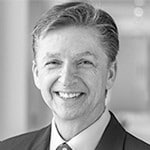