10 Charts That Explain What You Need to Know About the U.S. Economy

10 Charts That Explain What You Need to Know About the U.S. Economy

The Current Expansion Is One of the Longest in U.S. History – But Is It Reaching Its End?

The U.S. expansion is now entering its eighth year, which is long by historical standards, and has led some investors to ask whether it is on its last legs. While the expansion is indeed longer than most, there is precedent for it to continue, including a 10-year run starting in 1991. Elsewhere in the world, some countries have even enjoyed multi-decade expansions. Since the last recession, gross domestic product has averaged 2.1% annual growth, far lower than the 4.4% it averaged over the previous 10 recoveries. While growth has been sluggish at times, it has allowed the expansion to persist longer than average and potentially gives it more room to run.

So Where Is the Economy Now?

An important factor in the economy’s slow expansion has been weaker industrial activity, which has acted as a drag even as consumer spending has been strong.

Sluggish global growth has been a headwind for industrials, but manufacturing has shown improvement in recent months throughout the world. Higher infrastructure spending under the new administration could potentially boost growth even further.

Wage growth was stagnant for much of the recovery, but has accelerated over the past year. Higher wage growth is helping boost inflation expectations, which is now near the Federal Reserve’s 2% target.

What Does This Mean for My Investments?

While economic growth has been slow, there has been nothing sluggish about U.S. equity returns. The S&P 500 is up over 280% since the financial crisis, easily outpacing its global peers.

The market has rewarded those who stayed invested in the face of significant global uncertainty. Events such as the European debt crisis, plunging oil prices, a slowdown in China and the Brexit decision threatened to derail the bull run, but U.S. stocks continued to be resilient. Financial stocks have done exceptionally well during this time on the prospects of higher interest rates and a rollback of some regulations. 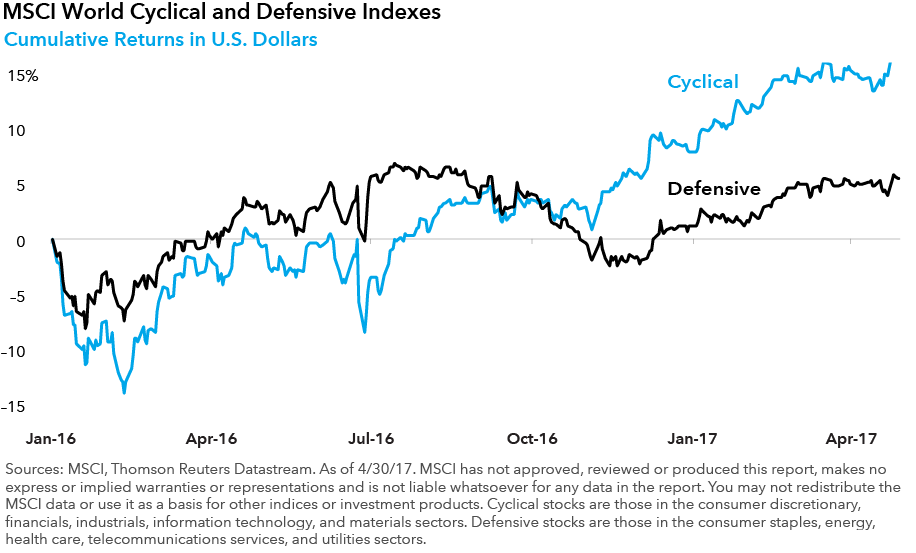 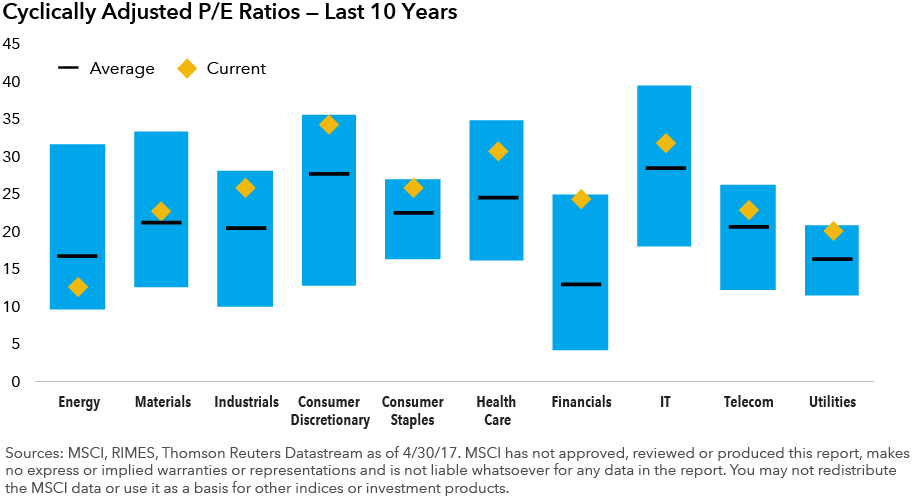 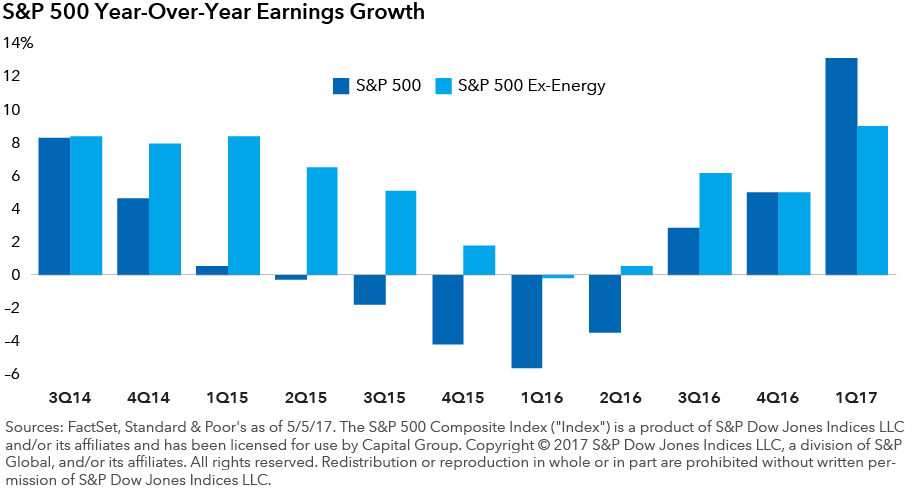 What Else Should U.S. Investors Watch for This Year?

The Federal Reserve will have investors’ attention throughout the year. After raising interest rates in December, they signaled three more hikes in 2017. The Fed already increased rates at its March meeting, and higher inflation and economic growth would support additional hikes.

A weakening dollar would provide a tailwind to domestic exporters, and also benefit international investment returns for U.S.-based investors. 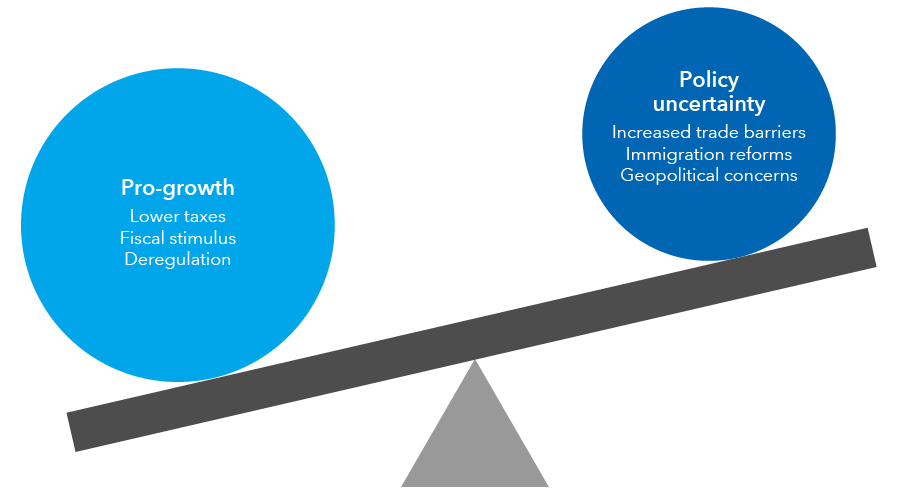 Central banks are experimenting with negative interest rates in an attempt to jumpstart weak economies.

Where do stock markets go from here?
Featuring: Jody Jonsson
The Return of Market Volatility Is Expected and Healthy
Featuring: Tim Armour
5 Questions About Investing in the Second Half of 2017
By: Capital Ideas Editorial Team