Why multinationals can survive trade conflicts

Why multinationals can survive trade conflicts

As a portfolio manager who invests in many large, multinational companies, the most common question I get these days is whether I am worried about the impact of a global trade war. At a time when tariffs and other restrictions are threatening to reverse decades of trade liberalization, are these companies the most vulnerable of all?

The answer may surprise you: While I certainly follow political events, I am not overly concerned about the impact on well-managed multinationals. Simply put, they are the best-positioned companies to navigate an uncertain environment and devise effective solutions, including a multilocal approach to business that puts them closer to consumers around the world.

When I first discussed this subject nearly two years ago, the U.S.-China trade war was just beginning to heat up. Since then, we’ve seen several twists and turns which ultimately led to a “phase one” trade deal adopted by Beijing and Washington on 15th January.

Clearly, this trade pact is a step in the right direction: China has agreed to buy more U.S. products while the U.S. reduces some tariffs on Chinese-made goods. However, we still have a long way to go before the world’s two largest economies address more thorny issues, such as intellectual property theft and heavy subsidies for Chinese state-owned enterprises. Those may take years, or even decades, to resolve.

In the meantime, companies that conduct business all over the world are doing what they do best: navigating treacherous waters and finding ways to succeed regardless of the geopolitical headwinds. 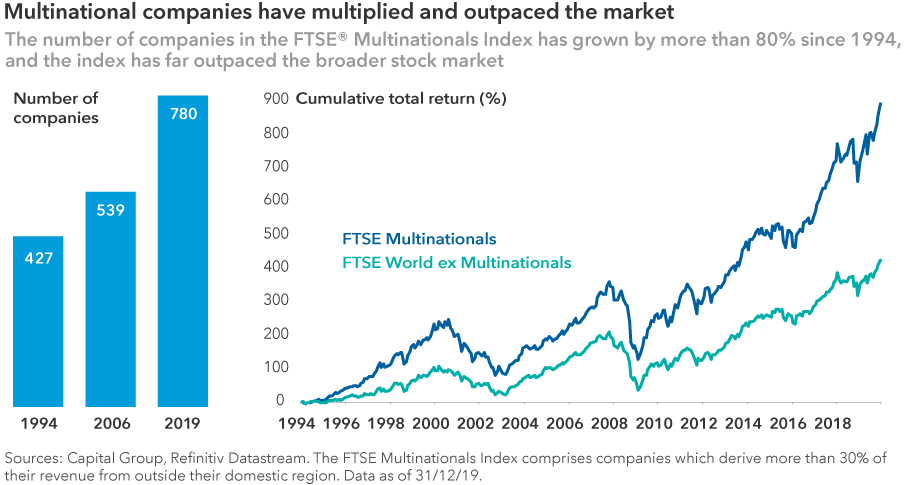 Turn down the noise

What’s the rationale for my high level of confidence? There is a reason why multinational companies have come to dominate the global economy and financial markets. For the most part, they are run by smart, tough, experienced managers who are able to adapt to changing conditions. They have seen all types of trade environments, favorable and unfavorable. Therefore, in my view, these 'battle-tested' companies are in the best position to survive and even thrive in a hostile landscape.

For investors, it’s important to avoid focusing too much on the noise surrounding trade and protectionism. It’s easy to get lost in the rhetoric over steel or soybeans or whichever commodity is targeted next. There are conflicting data points every day and many of them are inconsequential. To the extent that trade conflicts cause investors to shy away from multinational companies, paying too much attention to the rhetoric is a detriment to successful, long-term investing. 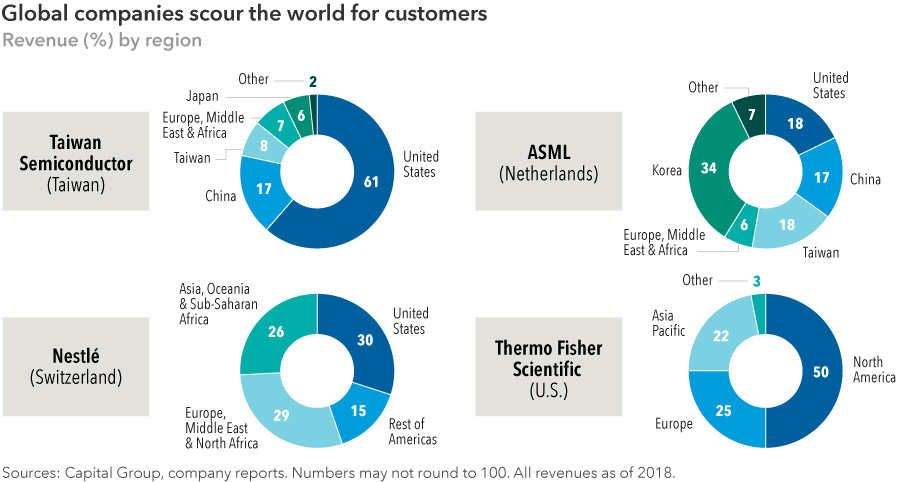 Rearranging the chess board

If I’ve learned anything during my 31 years as a professional investor, it’s that smart companies will be able to adapt. Invest in strong, global companies with seasoned management teams and — more often than not — they will rise to the challenge. The best-run companies in the world will find ways to win even when governments are trying to rearrange pieces on the chess board.

For example, the multilocal business approach I referenced earlier is gaining traction. Many global companies are establishing successful operations in local markets, rather than retreating in the face of trade barriers, it is becoming crucial for multinationals to produce where they sell. In order to succeed, they must be able to move swiftly and respond effectively to local competition.

Just do it, locally

Sports apparel giant Nike optimises this approach with its hyper-local sales initiatives. For instance, the company has launched a data-driven retail store in Los Angeles that stocks shoes according to online buying trends in surrounding area codes. It doesn’t get much more local than that. In Europe, Nike has established a speedy supply-chain initiative that allows it to tailor colors and new materials based on individual customer preferences in each city where it operates.

Visa and Mastercard are following much the same approach when it comes to electronic payment processing — which must be tailored not just to the preferences of local customers but also to the strict financial regulations of many different governments around the world. As a result, both are growing at a healthy pace while evolving and adapting to a changing set of competitors in the fintech industry.

Meanwhile, Switzerland-based Temenos, is rapidly growing its highly local business of providing enterprise software programs for banks. Many of its customers are using old technology, and they require ultra-local solutions to comply with state and federal banking regulations. This low-profile company has grown fast in Europe and is now in the midst of an ambitious expansion into the United States. In many ways, this multilocal approach is crucial for companies based in the U.S., Europe and Japan that are looking to stay relevant or expand into faster growing emerging markets. Many of those countries — China, India, Brazil, etc. — are nurturing their own multinational giants, as well as smaller single-country-focused competitors, and they are not waiting for the traditional global players to catch up.

Aside from all the trade worries, some large multinationals are being leapfrogged by smaller competitors who are more in touch with local markets. In my view, that is a bigger threat than any political issue. Emerging market consumers are looking for brands that they can trust and companies that know the local marketplace. So large multinationals that can break themselves down, think locally, act nimbly and launch products more quickly should be better positioned for success in the long run.

Ultimately, I believe that sense will prevail and the trade disputes eventually will be resolved. But the challenge posed by fierce local competition will continue to be a very effective motivator in the global economy, as it always has been.